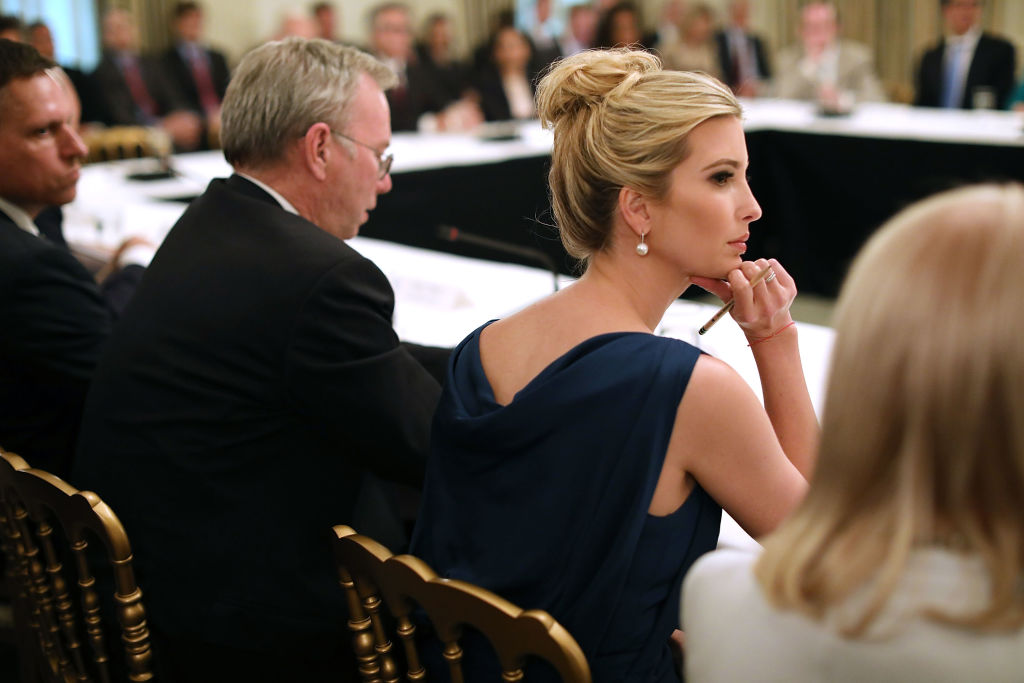 In an apparent effort to establish “appropriate business attire,” House of Representatives under Speaker Paul Ryan is enforcing a dress code in the Speaker’s Lobby—a space adjacent to the front of the House chamber—that bans women from showing their shoulders.

CBS News reports that several female reporters have been kicked out of the lobby for wearing sleeveless dresses as Washington, D.C.’s temperatures and humidity have soared this summer. (One intrepid reporter tried to comply with the rules by stuffing notebook paper in her arm holes, but the improvised, DIY effort didn’t gain her access.)

The specifics of the dress code are vague and not posted anywhere, according to CBS’s reporting, meaning they are largely determined by the speaker and up to the discretion of chamber security. A reference to “proper decorum” in the rules package at the start of each Congress may have sparked the notion of a dress code in the Speaker’s Lobby, Billy House, Bloomberg News congressional correspondent and chairman of the Standing Committee of Congressional Correspondents, told CBS. “However, for anyone hoping to find any actual, official code of attire? Good luck,” he said.

In addition to a ban on sleeveless tops and dresses, the ad hoc dress code also reportedly bans sneakers and open-toed shoes and requires men to wear ties. Enforcement has seemed to spike in the summer months, according to reporters who’ve been on the receiving end of such policing. In late June, Speaker Ryan announced to House lawmakers that members should “periodically rededicate themselves to the core principles of proper parliamentary practice” including wearing “appropriate business attire during all sittings of the House however brief their appearance on the floor may be.”

Perhaps Ryan simply has an outdated perspective on what qualifies as professional dress, and the current policing of women’s clothing is yet another instance of the federal government’s painfully slow adaptation to modern times. (For evidence of just how mainstream sleeveless dresses have become for women in formal and professional settings, look no further than the outfits first daughter and presidential adviser Ivanka Trump wore to any one of these events. In fact, sleeveless garments have bipartisan support; see former first lady Michelle Obama’s State of the Union dress last year.)

Ryan’s old-fashioned take on what qualifies as appropriate attire for the Speaker’s lobby is hardly surprising considering the only specifics requirements related to dress code are buried in a rules manual that uses language from the 96th Congress, in session from 1979 to 1981, that called for “appropriate attire for female Members.”

Several reporters have pointed out that the dress guidelines are not new, and a Ryan spokesperson told CBS that they were in existence when Rep. Nancy Pelosi served as speaker.

Nevertheless, the CBS story has prompted cries of sexism, specifically against Ryan and the GOP. That’s an easy accusation to make since the dress code fits into the on-going narrative of Republicans pursuing policies that limit women’s rights, specifically control over their own reproductive systems and access to adequate, affordable health care.

The dress code also smacks of the kinds of implications raised by Vice President Mike Pence’s vow to not dine alone with a woman other than his wife. The self-imposed rule regards women as nothing more than sexual beings and reduces all male-female exchanges to sexually-charged interactions. Both directives are instances of powerful men building arbitrary barriers for women who are simply trying to do their jobs.