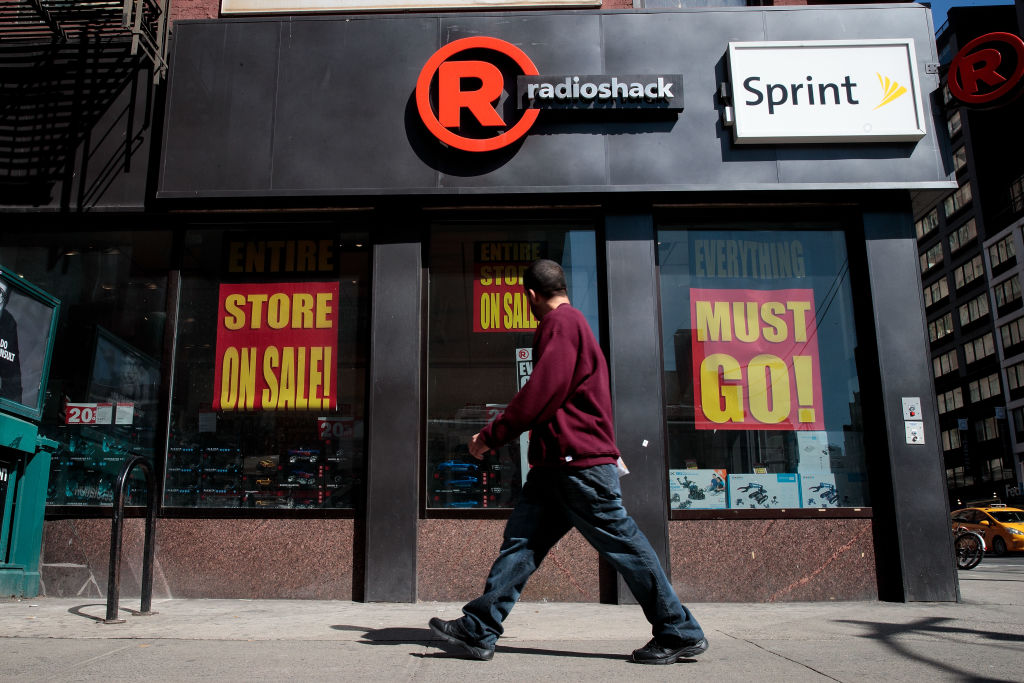 NEW YORK, NY - MARCH 9: A man walks past a RadioShack storefront in the Chelsea neighborhood, March 9, 2017 in New York City. RadioShack has filed for bankruptcy for the second time in two years and will close about 200 of its remaining 1,500 stores. (Photo by Drew Angerer/Getty Images)
Drew Angerer—Getty Images

Sprint (S) used confidential information from its alliance with RadioShack (RSH) to open competing mobile phone stores, dooming the comeback by the electronics retailer and destroying jobs, according to a lawsuit filed on Wednesday byRadioShack creditors.

RadioShack emerged from bankruptcy in 2015 with a deal to co-brand about 1,400 stores with Sprint, which was meant to help the telecoms provider better compete with larger rivals AT&T (T) and Verizon Communications (VZA).

However, by early 2017 RadioShack, owned by General Wireless, had returned to bankruptcy and is liquidating.

The lawsuit filed in Delaware Superior Court by RadioShack‘s official committee of unsecured creditors says that Overland Park, Kansas-based Sprint breached its contract with RadioShack, and is seeking $500 million in damages.

Sprint allegedly ignored its obligations to provide inventory and staff to RadioShack stores because of its own financial troubles.

Sprint spokesman David Tovar said the company was disappointed by the creditors’ committee action and Sprint expected to defend the matter vigorously.

The lawsuit alleges that in 2016, Sprint used confidential information obtained from RadioShackto open 200 competing stores near RadioShack‘s best locations, sinking any comeback for the electronics chain.

The allegations stand in sharp contrast to promises made less than seven months ago by the chief executive officer of SoftBank, Sprint’s Japanese parent company, that he would create U.S.jobs.

U.S. President Donald Trump made jobs the centerpiece of his election campaign.

SoftBank’s Masayoshi Son was among the first foreign business leaders to meet with then-President-elect Donald Trump at his New York headquarters and praised the Republican for a raft of planned deregulations. The CEO promised to invest $50 billion with the aim of hiring 50,000 people in the United States.

Trump took credit for the commitment and reported in late December that Sprint had committed to bringing 5,000 jobs to the United States.