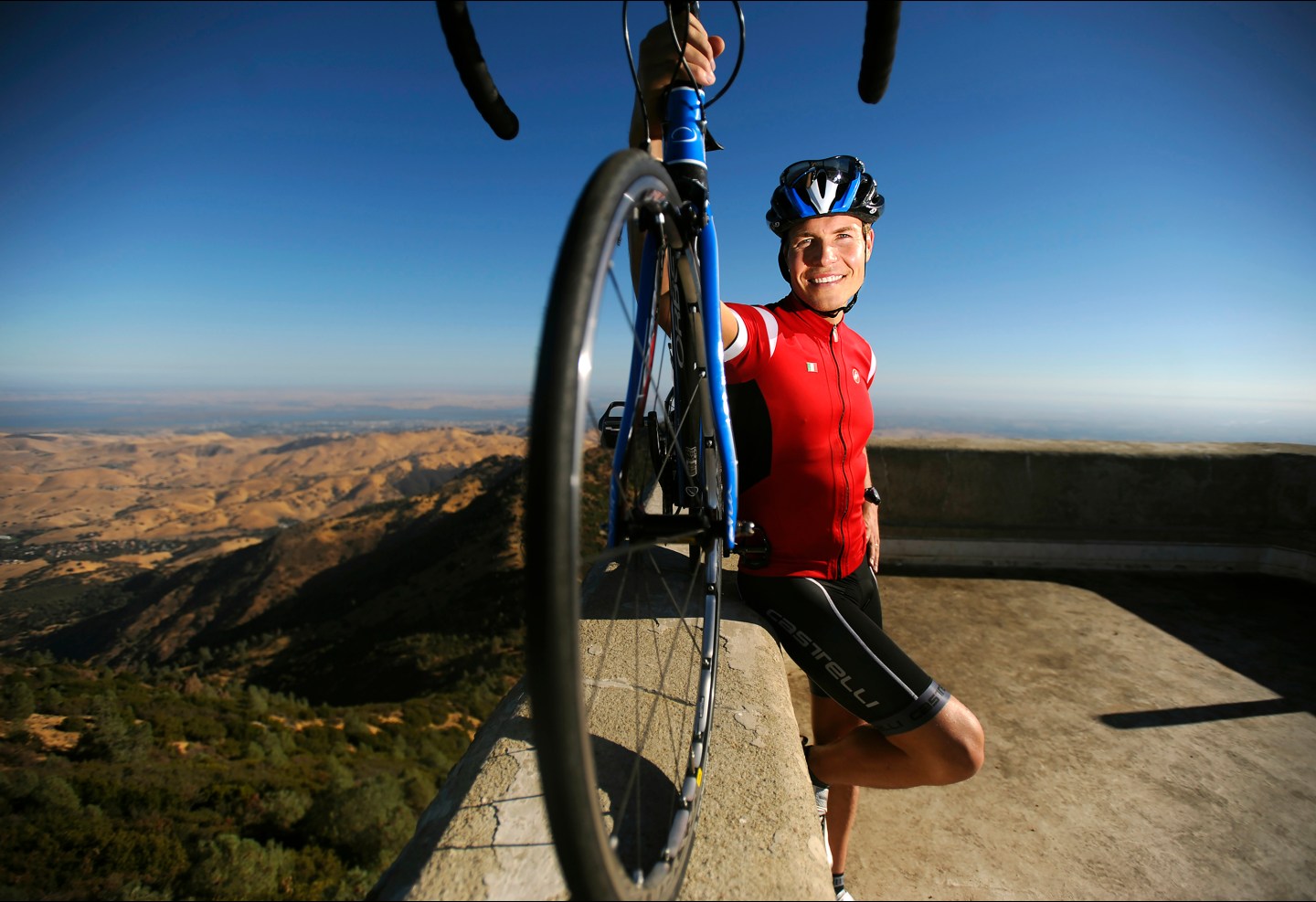 Sami Inkinen, co-founder of Trulia Inc., stands for a photo with his bicycle after completing the Mount Diablo Challenge near Danville, California, U.S., on Sunday, Oct. 7, 2012. Trulia, a rival to Zillow Inc., provides a search engine used by over 20 million people a month to look for homes in specific neighborhoods. Photographer: Noah Berger/Bloomberg via Getty Images
Noah Berger/Getty

In the summer of 2012, Sami Inkinen was 36, wealthy, and semiretired. Trulia, the online real estate company he cofounded and nurtured from a startup to a business with some 20 million users, had filed to go public, and he had decided to cease his operational role. The eight-year journey had been rewarding but exhausting. Inkinen planned to focus on angel investing.

That would leave plenty of time for his main hobby: triathlons. A champion who obsessively tracks his biometrics, Inkinen was a fitness freak even by Silicon Valley standards. He had less than 8% body fat.

But life is full of ironic twists, and he was hurtling ­toward a particularly sharp one. Soon after Trulia went public, Inkinen noticed something strange: His blood sugar levels were above normal and rising. He was prediabetic.

Inkinen skipped the doctor and began researching on his own. After discovering a decades-old paper that showed Type 2 diabetes can be prevented and sometimes reversed through lifestyle changes alone, he switched to a low-carbohydrate, high-fat diet. As his blood sugar levels dropped, his excitement spiked.

This spring he took his mission even further: Inkinen launched Virta Health, a 60-person startup backed by $37 million in funding. The service combines Inkinen’s passion—a data-heavy app—with the same medical approach that he credits with reversing his prediabetes. Virta is one of a handful of companies attempting to attack the epidemic—some 28 million Americans suffer from Type 2 diabetes—without relying on medications.

Researchers long believed Type 2 diabetes was not curable, but today the prevailing view is that it can be reversed by weight loss, says Dr. George King, the chief scientific officer at Joslin Diabetes Center and a professor at Harvard Medical School.

In that sense, Inkinen is an improbable advocate. He seemed like an unlikely candidate to be heading toward Type 2 diabetes in the first place. A native of Finland, Inkinen was always very active, but his seemingly healthy diet was packed with sugar (in the form of fruit smoothies) and carbs (five bowls of oatmeal a day). After diagnosing himself as prediabetic, he abruptly cut back on carbs and sugar. (Today he’s an evangelist for a ketogenic diet, the food trend of the moment in Silicon Valley. It embraces high-fat foods and limits carbs to less than 50 grams a day, the equivalent of a cup of brown rice.)

Inkinen credits that diet for fueling an epic journey: He and his wife rowed from Monterey, Calif., to Hawaii to raise awareness of the dangers of sugar. During the 45 days it took to paddle across 2,700 miles of the Pacific, Zillow (Z) agreed to acquire Trulia for $2.5 billion. Still a board member, ­Inkinen approved the sale via satellite phone.

Having sold the company and completed his physical quest, Inkinen was ready for a new mission. “I’m not a spiritual person,” he says, “but I knew I had to make this happen.” After he met Dr. Stephen Phinney, the author of the paper that had convinced him that diet could solve his condition, a solution began to take shape in Inkinen’s mind.

Today Virta’s service begins with an in-depth video session with a company doctor, who goes over each patient’s medical history and lifestyle to develop an eating strategy. Virta mails customers devices to record blood sugar, ketones (which indicate low insulin), and blood pressure. Patients enter data into the app, and a wireless scale automatically sends their weight to Virta. Each patient is then assigned a health coach, who monitors the data.

Users text their coaches daily via the app (some people prefer to call or use video chats). Advice gets granular. If a patient is planning to attend a birthday party, for example, her health coach could help develop an eating strategy beforehand.

Many patients are on medications when they begin the Virta program, and the goal is to slowly transition them off. Both meal recommendations and medications are constantly adjusted depending on what is, and isn’t, having a positive effect on blood sugar, says Dr. Sarah Hallberg, the company’s medical director.

Virta subscribes to a low-carb diet with moderate protein and fat, but it’s not doctrinaire. “We accept any lifestyle and diet,” says Inkinen. Instead of telling a person to swear off fast food, an often unrealistic option, health coaches recommend low-carb options on the menu. Physical activity is encouraged but not mandatory. “You want someone to exercise when they come to you and say they’re ready,” says Hallberg.

The service doesn’t come cheap: It costs $400 a month (and isn’t covered by insurance, though some employers’ health plans will reimburse for it). Virta has “several thousand” patients, according to Hallberg, served by about 20 health professionals.

The goal is to create a plan dramatic enough that it lowers blood sugar, but not so extreme that it’s unsustainable. In a clinical trial conducted in partnership with Indiana University Health, researchers found that 56% of the roughly 240 participants on the Virta platform lowered their blood sugar below diabetic levels by the end of the 10-week trial, and 87% no longer needed insulin.

Whether these results can be maintained is another question. The first couple of months of a diet are easy compared with an indefinite, fry-less future. Hallberg contends that the personalized support paired with the benefits of reduced medication and weight loss will keep people motivated despite the copious research establishing how hard most people find it to change their patterns.

Inkinen understands that as an endurance athlete he has more discipline (and capacity for suffering) than most people. His goal with Virta, as it was with Trulia, is to turn what was once a personal problem into a service that a large number of people can use. The stakes are higher this time around.

A version of this article appears in the July 1, 2017 issue of Fortune.