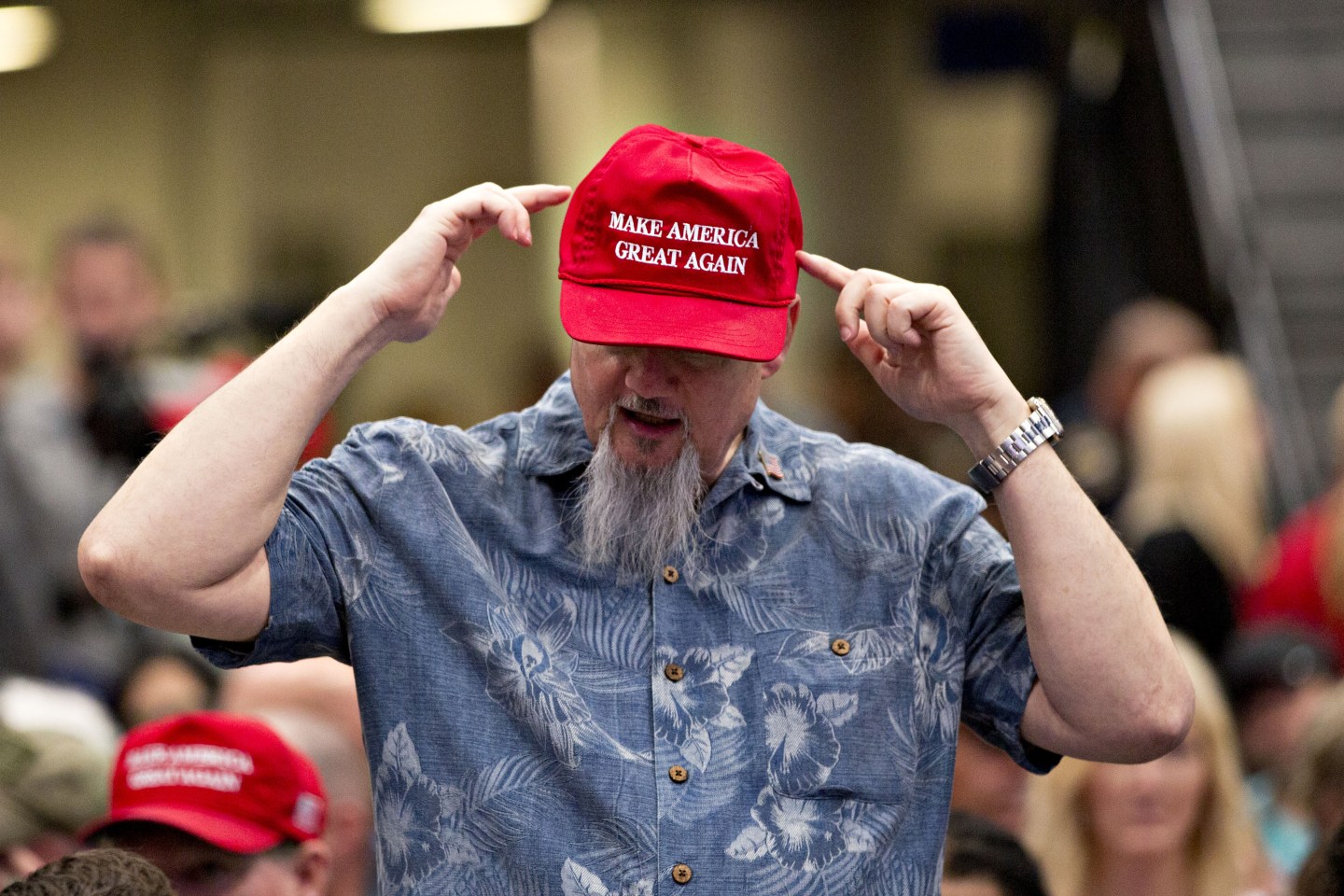 An attenedee points to a "Make America Great Again" hat while waiting for the start of a rally with U.S. President Donald Trump in Cedar Rapids, Iowa, U.S., on Wednesday, June 21, 2017. Russia canceled talks with a top U.S. official to protest the latest sanctions punishing Russian companies and individuals over the conflict in Ukraine, in a fresh setback for Trump's bid to improve ties with President Vladimir Putin's government. Photographer: Daniel Acker/Bloomberg via Getty Images
Daniel Acker—Bloomberg via Getty Images

The American electorate split by gender in the last presidential election, with the majority of men voting for Donald Trump, and the majority of women casting their ballot for Hillary Clinton (52% vs 54%, according to exit polls). Now, a new survey finds another U.S. gender gap, this time focused on the economy.

In a June Wall Street Journal/NBC poll, 74% of men said they think the economy has improved since Trump’s election. Meanwhile, just 48% of women agreed.

The gap grows even larger when the sample is narrowed to women ages 18 to 49. In that age group, 39% reported that the economy improving—and only 18% credited Trump for the upswing, according to the Wall Street Journal.

Since the 2016 election, the stock market has been steadily climbing and the unemployment rate has fallen to a 16-year low of 4.3%. However, in May job growth slowed and employment gains were not as strong in previous months, according to Reuters.

The Journal notes that the University of Michigan Survey of Consumers has repeatedly found that men hold positive views of the economy than women do, a phenomenon which is likely related to the gender pay gap. According to the Michigan survey, the gap between men and women’s economic sentiment is wider than it has been in 40 years.