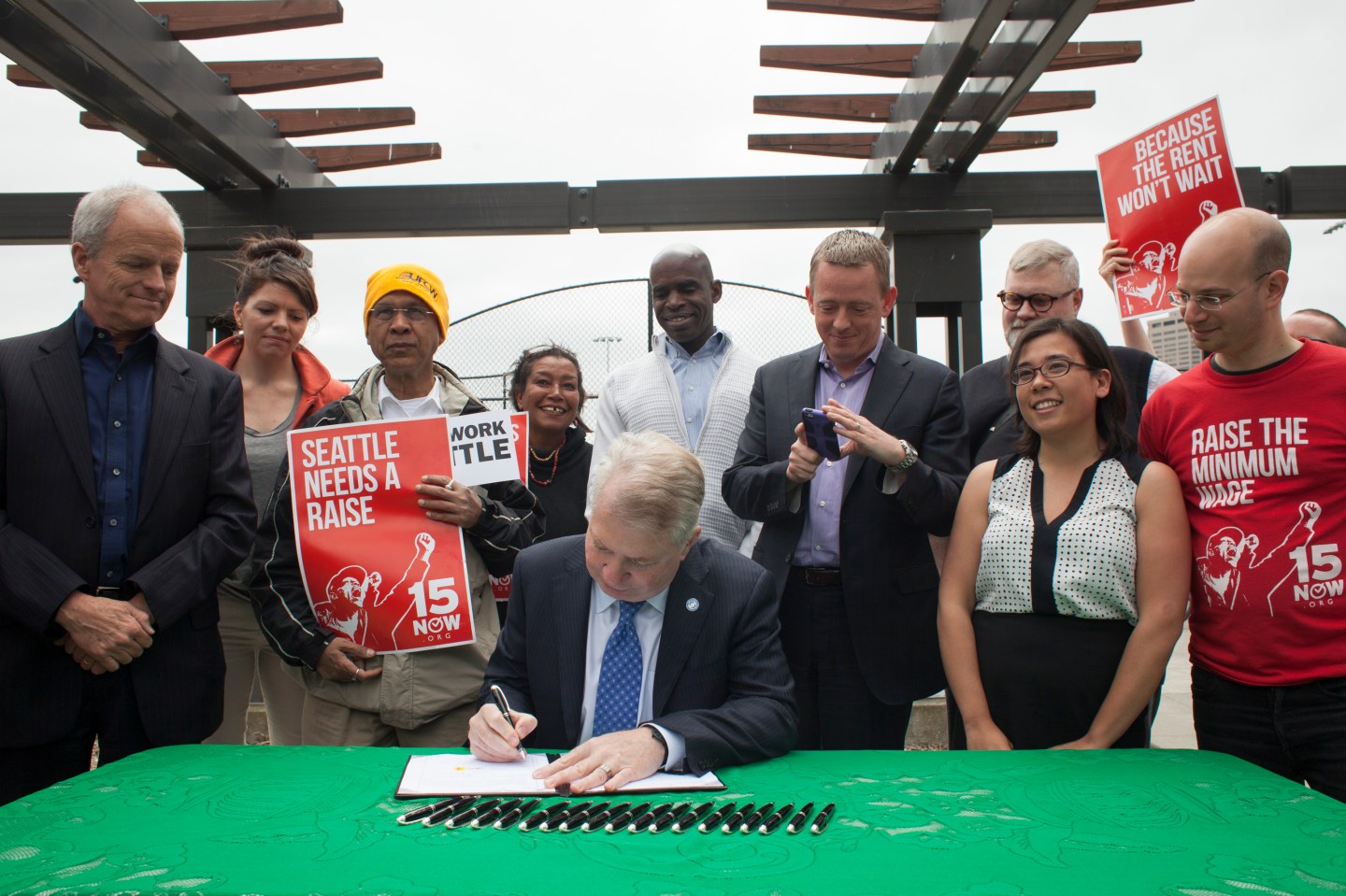 Seattle‘s move a few years ago to gradually increase the local minimum wage to $15 an hour has caused low-wage workers to lose money due to reduced working hours, according to a new study.

The study by researchers at the University of Washington found that earnings for low-wage employees fell by an average of $125 per month in 2016 because the ordinance caused a 9% decrease in the number of hours worked. Meanwhile, hourly wages for low-wage jobs increased by about 3%, according to the study. The study was commissioned by the city itself and released Monday.

Seattle voted in 2014 to incrementally raise its minimum wage to $15 an hour, and several cities across the country are now preparing to raise their own minimum wages based on recent ballot measures. Seattle’s policy increased the minimum wage to $11 in 2015 and then to $13 in 2016.

But another study about Seattle’s minimum wage, released last week, reached different a conclusion. A team at the University of California, Berkeley looked specifically at the food services industry and found that, while wages increased, employment rates did not change significantly.

“Employment in food service, however, was not affected, even among the limited-service restaurants, many of them franchisees, for whom the policy was most binding,” the Berkeley study said — a finding that is more consistent with past research on the minimum wage.

Neither study has yet been formally peer-reviewed, the New York Times reports.