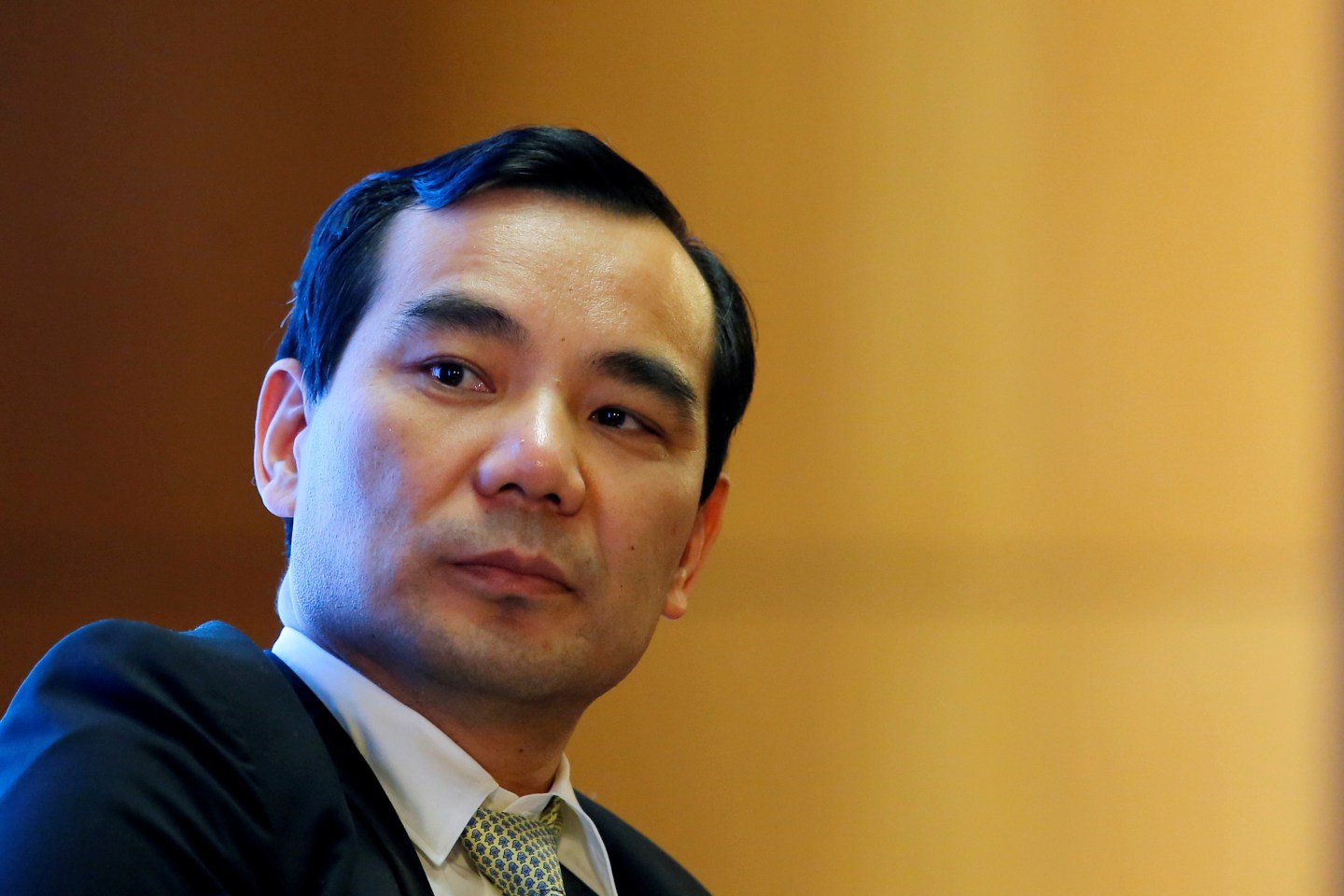 Anbang Insurance Group, one of China’s most aggressive buyers of overseas assets, said on Wednesday its chairman was temporarily unable to fulfill his duties, just over a week after denying reports he had been barred from leaving the country.

The brief statement, citing only unspecified personal reasons for moving Wu Xiaohui aside, came hours after Chinese magazine Caijing reported the chairman had been taken away for investigation. The article, citing unnamed sources, was removed shortly after it was posted online.

Anbang said Wu’s duties would be managed by other senior executives, and that its business was operating normally. No other details were provided.

After a spate of successful deal-making worth over $30 billion, Anbang ran into recent roadblocks, failing to close on a handful of investments, and facing criticism over its opaque shareholding structure.

One of Anbang’s units was censured by China’s insurance regulator in May for designing products to skirt a regulation aimed at curtailing risk. As a result, the unit was barred from issuing new products for three months.

That move came amid a widespread regulatory crackdown on what was seen as excessive use of universal life products by some insurers, and as China’s leadership moves to curb risk in the financial system.

A handful of insurers, led by Anbang, have issued higher-yielding products to raise funds to acquire stakes in listed companies.

Earlier this year, the country’s chief insurance regulator, who had overseen a doubling of the size of the industry in three years, was removed from his post after being placed under investigation.

Outside of China, Anbang’s deal-making has faltered as well. Its planned $1.6 billion takeover of U.S. annuities and life insurer Fidelity & Guaranty Life collapsed in April after failing to get the required U.S. regulatory approval.

Attempts by the Chinese insurer to invest in a real estate project affiliated with the family of U.S. President Donald Trump’s son-in-law floundered earlier this year.

When asked if Wu was within China or if he could be reached, a spokesperson for Anbang – which employs more than 30,000 people and manages 1.97 trillion yuan ($290 billion) in assets – said the company had nothing to add.

Anbang earlier this month denied a Financial Times report that Wu had been prevented from leaving the country, citing four sources who had business dealings with him.

That statement fueled speculation about Wu’s well-being, at a time when Chinese business circles were already spooked by the mysterious disappearance of a China-born billionaire from Hong Kong early this year.

China’s insurance regulator did not immediately respond to a faxed request for comment or phone calls.

Anbang’s recent difficulties come during a highly sensitive year in China, with the ruling Communist Party set to hold its five-yearly party congress later this year, and amid a broader crackdown on corruption led by President Xi Jinping.

Established in 2004 by Wu as an automotive and property insurer, Anbang has stormed to prominence in recent years, buying Dutch insurer Vivat, South Korea’s Tong Yang Life Insurance and Strategic Hotels & Resorts in the United States.

It has also taken significant stakes in a handful of listed domestic banks and property firms, including China Mingsheng Banking Corp , Agricultural Bank of China and China Vanke.

Anbang also became embroiled in an unusually public war of words with a leading Chinese business magazine, Caixin, about the insurer’s ownership structure.

In an article published in April, the magazine had described Anbang’s structure as “opaque” and said its funding was a “maze” of capital flow involving more than 100 firms. Anbang, in response, called the descriptions “malicious” and “inaccurate” and later said it filed a lawsuit in Canada against the author of the article.

Described by those who know him as smart and passionate, Wu is politically connected – he married the grand-daughter of former leader Deng Xiaoping – and has cultivated relationships on Wall Street with the likes of private equity giant Blackstone Group LP, despite speaking little English.