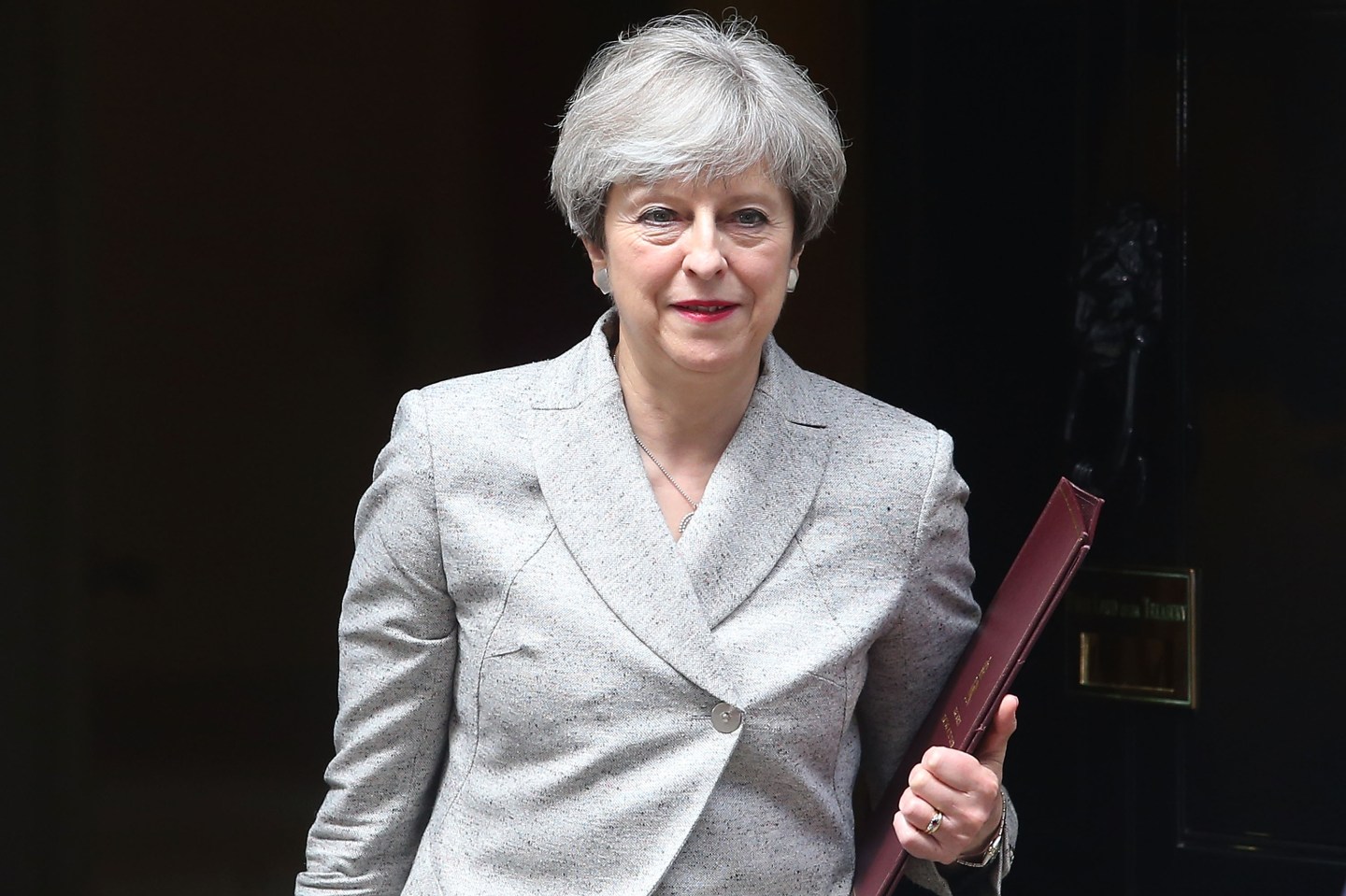 LONDON, ENGLAND - JUNE 13: Prime Minister Theresa May leaves after meeting DUP leader Arlene Foster at 10 Downing Street on June 13, 2017 in London, England. Discussions between the DUP and the Conservative party are continuing in the wake of the UK general election as Prime Minister Theresa May looks to form a government with the help of the Democratic Unionist party's ten Westminster seats. (Photo by Jack Taylor/Getty Images)
Jack Taylor Getty Images

Prime Minister Theresa May has made a joke at her own expense as Britain’s House of Commons got underway—a reflection of her new humility following a disastrous snap election in which she lost her majority.

After House Speaker John Bercow was re-elected without challenge, a chastened May quipped: “At least someone got a landslide.”

Labour’s unexpectedly strong second-place showing has thrown national politics into disarray. May had called the vote early in hopes of strengthening her majority going into talks on exiting the European Union, but instead found herself in negotiations with a small party in Northern Ireland in order to stay in power.

Labour leader Jeremy Corbyn countered with a bit of previously unforeseen swagger, wearing a huge red rose—his party’s symbol—in his lapel as he sparred with May.