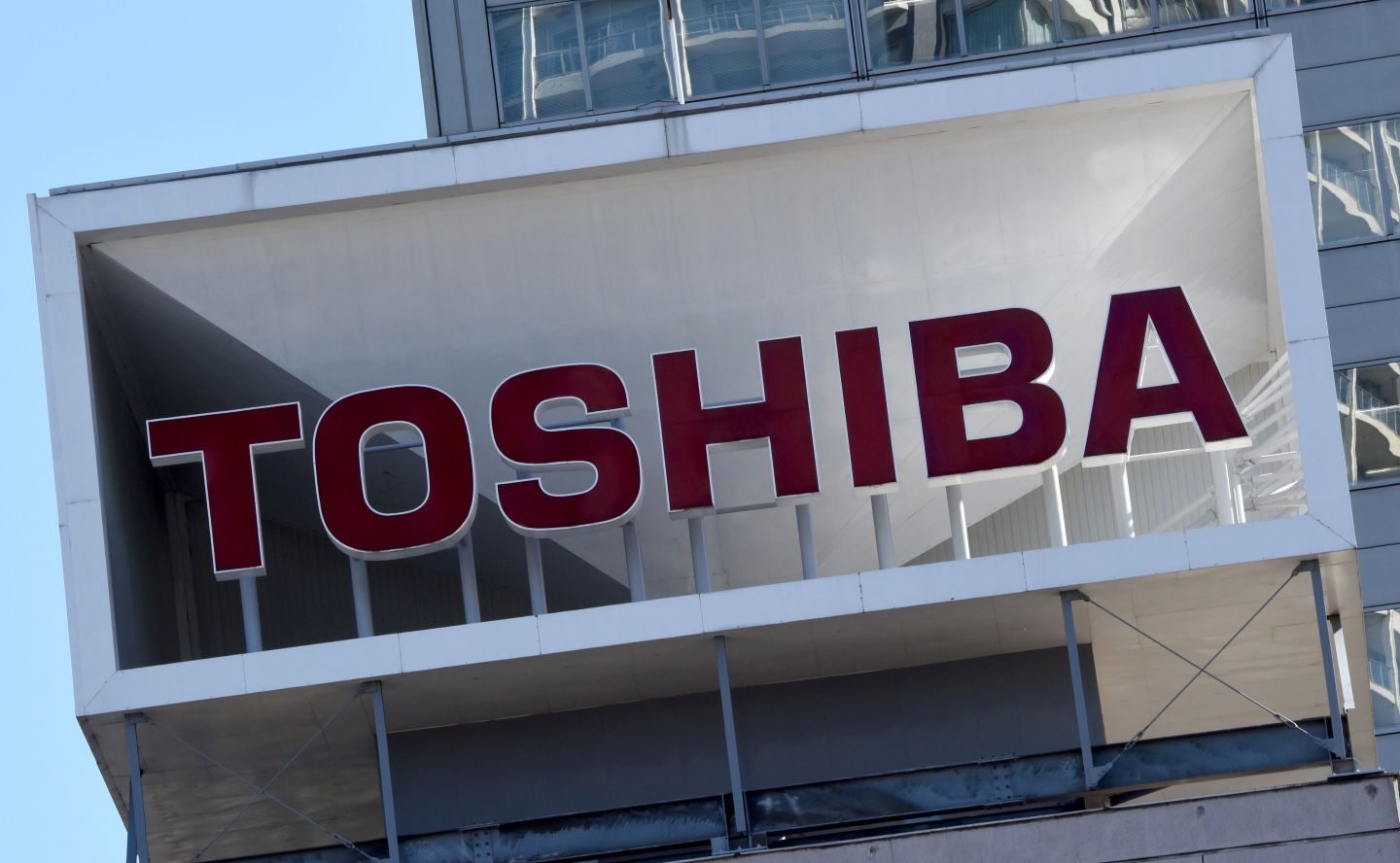 A logo of Japan's Toshiba is seen at the company's headquarters in Tokyo on February 14, 2017. Toshiba shares dived more than nine percent on February 14 after it surprised markets by delaying the release of financial results that were expected to include billions of dollars in losses tied to its US nuclear power unit. / AFP / Toru YAMANAKA (Photo credit should read TORU YAMANAKA/AFP/Getty Images)
TORU YAMANAKA/AFP/Getty Images

The new bid, being arranged by the Ministry for the Economy, Trade and Industry, groups government lenders Development Bank of Japan and Innovation Network of Japan. It would exceed the 2 trillion yen ($18 billion) minimum sought by struggling Toshiba, the newspaper said, citing an unnamed source.

INCJ, DBJ and U.S. private equity firm Bain Capital would each invest 300 billion yen in a special-purpose company to buy Toshiba Memory Corp. Toshiba itself would contribute up to 100 billion yen and other Japanese firms a combined 140 billion yen, while U.S. investment firm KKR is considering putting in 100 billion yen, the Asahi said.

A person familiar with the matter said Hynix was involved in the bid, while another person briefed on the matter said the Asahi report was essentially correct but he could not provide details.