Madrid Takes a Stand Against ‘Manspreading’ 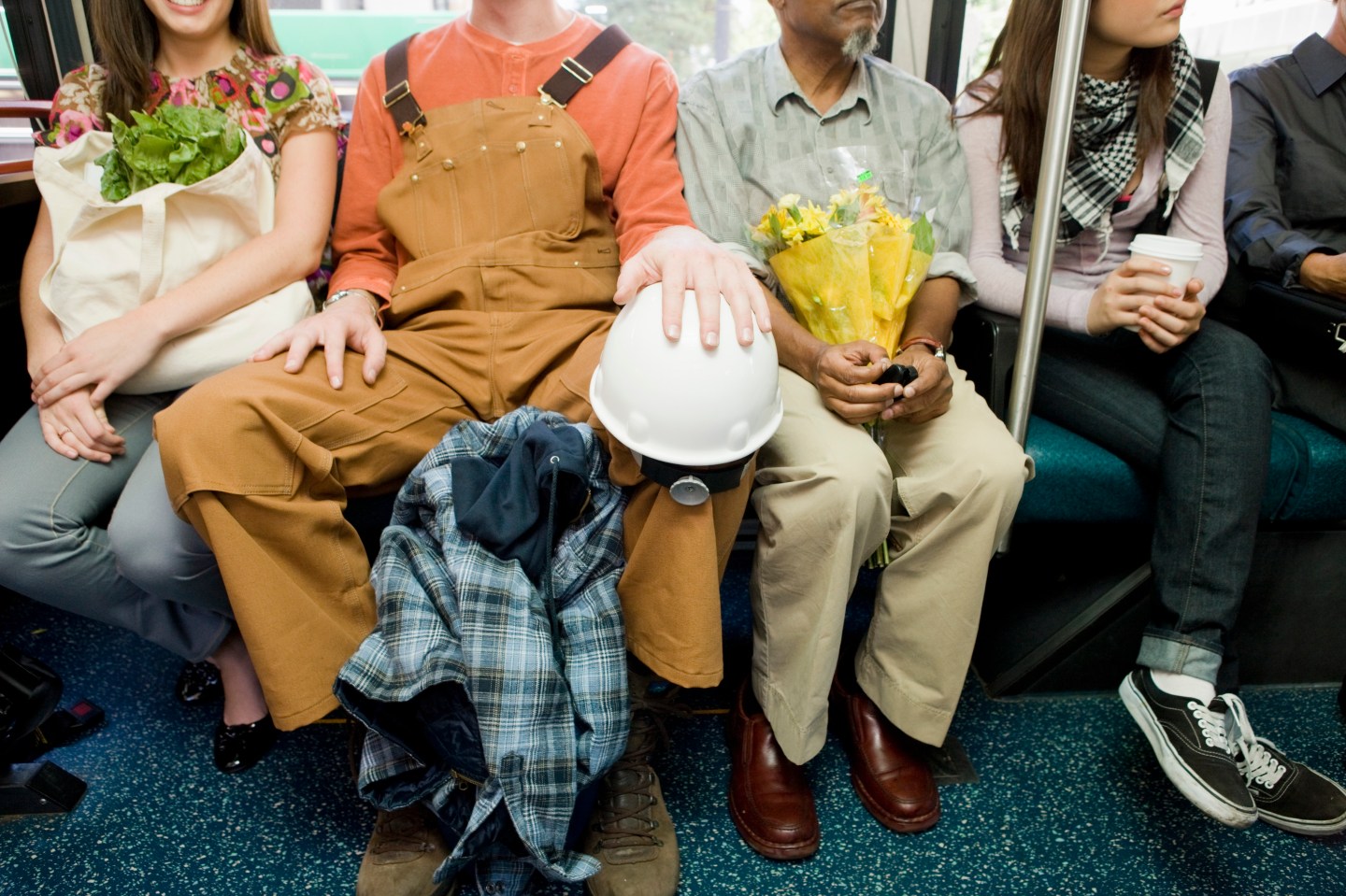 On Tuesday, the city’s Municipal Transportation Company (EMT) created new informational signs discouraging the behavior. The term “manspreading,” which was added to Oxford’s online dictionary in 2015, refers to way commuters—typically male ones—sometimes sit with their legs splayed into their neighbors’ personal space.

New York City launched a similar initiative in 2014, while Japan has posted signs encouraging male travelers to close their legs since the 1970s.

“The mission of this new [signage] is to remember the need to maintain civic behavior and to respect the space of everyone on board,” the EMT said in a statement on Tuesday.

The topic of manspreading became an issue in Madrid after the city’s equality council and the feminist group Microcorrelatos Feministas assembled a petition that garnered more than 11,000 signatures. The petition mentions how women are often seen sitting with their legs pinned in uncomfortably because the man next to them is invading their space with his legs. Earlier this year, the hashtag #MadridSinManspreading (or #MadridWithoutManspreading) began trending, bringing attention to the issue.