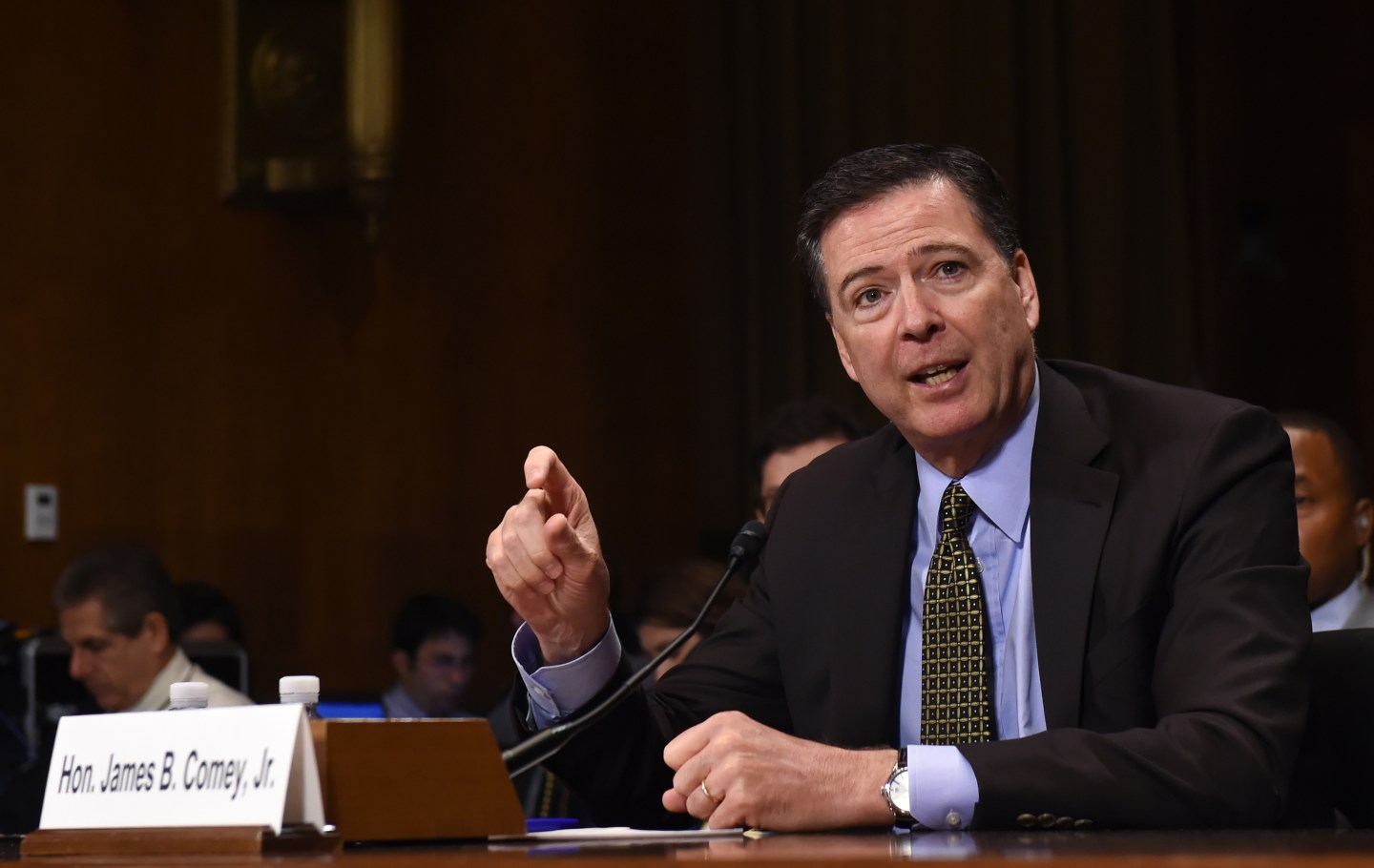 WASHINGTON, May 3, 2017 -- U.S. FBI Director James Comey testifies before the U.S. bipartisan Senate Judiciary Committee hearing on Capitol Hill in Washington D.C., the United States, May 3, 2017. James Comey on Wednesday defended his decision to announce a new investigation into Democratic presidential candidate Hillary Clinton's emails while staying quiet on the Trump-Russia one prior to the 2016 U.S. elections. (Xinhua/Bao Dandan via Getty Images)
Photograph by Xinhua News Agency/Getty Images

President Trump abruptly fired Comey, who had been confirmed to a ten- year term in 2013, citing the way he dealt with Hillary Clinton’s private e-mail server. But Trump subsequently conceded that his rationalization stemmed from the FBI’s investigation into possible collusion between Trump associates and Russia during the 2016 campaign.

“When I decided to just do it, I said to myself, I said you know, this Russia thing with Trump and Russia is a made up story. It’s an excuse by the Democrats for having lost an election that they should have won,” Trump told NBC News’ Lester Holt two days after he had announced Comey’s termination.

Comey is not expected to say that President Trump interfered with the Russia probe, which would render him susceptible to charges of obstruction of justice, ABC News reports, but he will refute Trump’s claims that he had denied the President was under investigation. He is also expected to say that Trump asked him for “loyalty” and to drop the investigation into former National Security Adviser Michael Flynn.