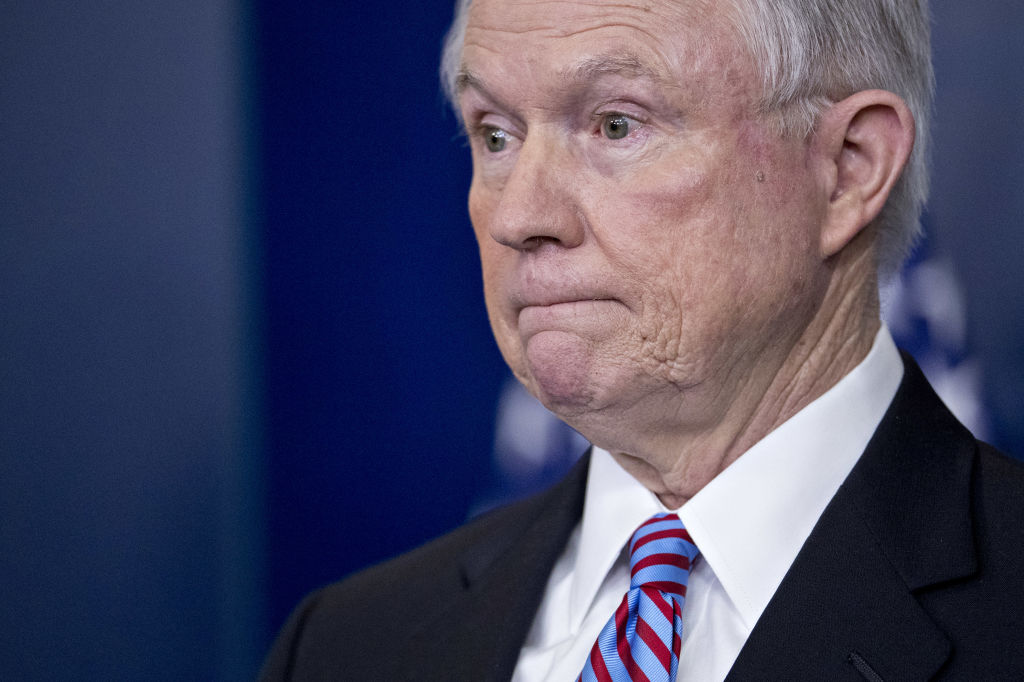 Aides to U.S. President Donald Trump are urging him not to fire Attorney General Jeff Sessions despite rifts between the two men, sources familiar with internal White House conversations said on Wednesday.

Media reports that Sessions offered to resign recently surfaced earlier this week. They added to pressure on Trump as former FBI Director James Comey, who was abruptly fired last month, prepared to testify in Congress on Thursday about his interactions with the president.

Trump did not accept Sessions’ resignation offer and is now being advised to keep his attorney general in place, at least for the time being, two sources said.

Political and legal advisers inside the White House have told Trump over the past month that firing Sessions would create another political fire storm and make it more difficult to fill key jobs inside his administration, the sources said on the condition of anonymity.

“That’s the advice he’s been given. But he might not listen to that advice,” one of the sources said.

A senior White House official confirmed aides have been urging Trump to keep Sessions but said it was because “he’s the best man for the job.”

A spokeswoman at the Justice Department declined to comment.

Trump has repeatedly shrugged off advice from close aides.

Earlier this week, he said the Justice Department led by Sessions was wrong to submit a “watered down, politically correct” version of his proposed travel ban on people from several Muslim-majority countries to the Supreme Court.”

The outburst weakened government lawyers’ defense that the travel ban, which has been blocked by federal courts, was not intended as a ban on Muslims.

Sessions offered to resign because of tensions with Trump over his decision to recuse himself from a federal investigation into ties between Trump’s associates and Russian officials when Russia was allegedly meddling in the 2016 U.S. presidential election, according to media reports.

A former senator, Sessions was one of the first senior Republican lawmakers to endorse Trump as a presidential candidate and played an important role in the campaign.

He recused himself from the Russia investigation in March after he failed to disclose a meeting he had with Russia’s ambassador in Washington.

Trump and Sessions were together at the White House on May 17, when Deputy Attorney General Rod Rosenstein surprised them both by appointing former FBI Director Robert Mueller as special counsel to head the Russia investigation.

After learning the news, Trump lashed out at Sessions, blaming him for recusing himself from the Russia probe and leaving the ability to appoint an outside investigator in Rosenstein’s hands, the sources said.

Trump also complained that Sessions had not warned him about Rosenstein’s decision. The Justice Department said Sessions played no part in the decision.