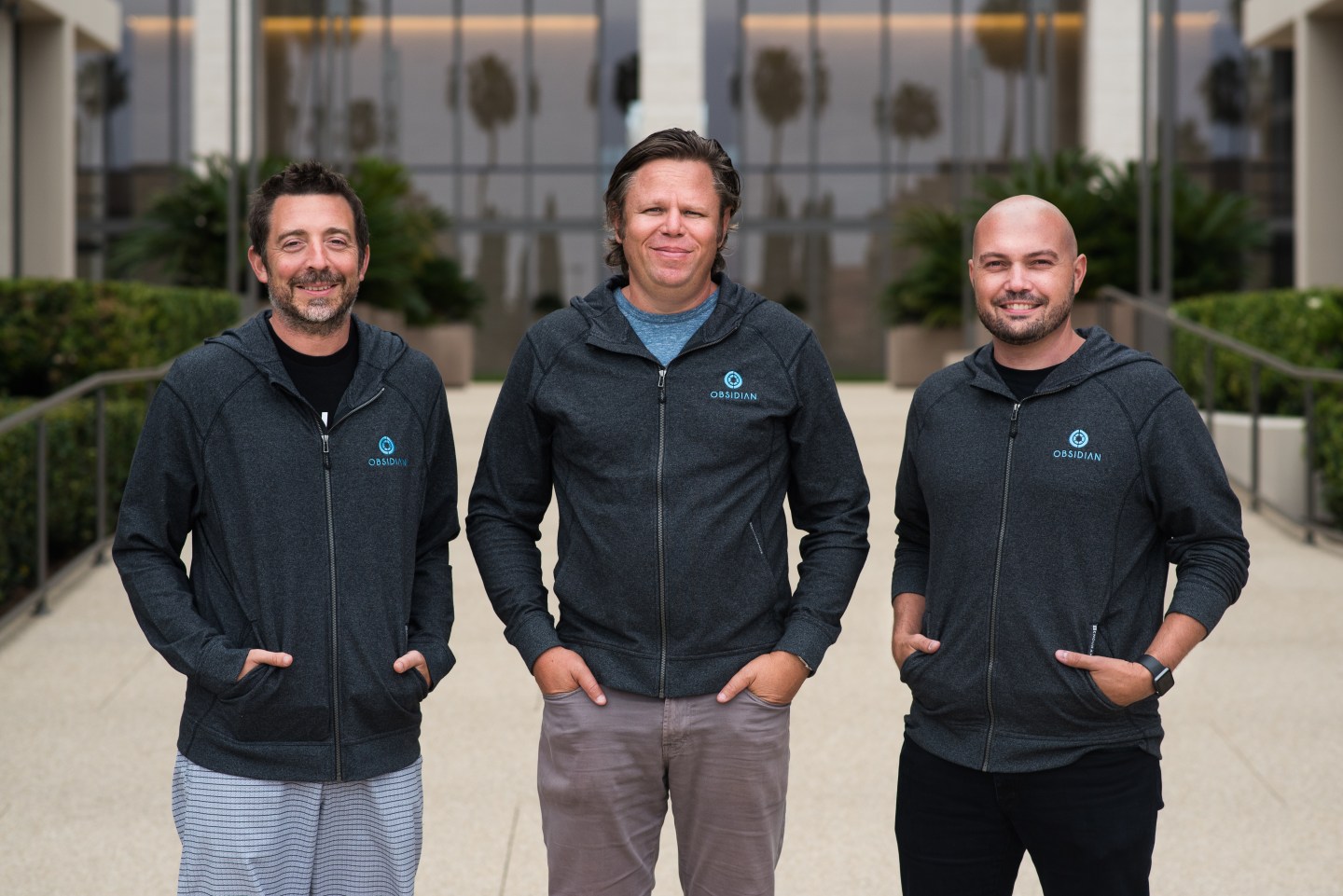 Obsidian Security, as the previously unannounced startup is called, has raised $9.5 million in funding from Greylock Partners, a Silicon Valley venture capital firm. This is the company’s first round, or Series A.

Obsidian’s ranks include veterans of Cylance and Carbon Black, two of the biggest upstarts in the market for endpoint security products, which involves selling defensive software that protect people’s devices from malware and digital attacks. The new firm intends to compete in a different category, focused on protecting cloud infrastructure and data centers.

The third member of Obsidian’s team is Matt Wolff who, along with Chisholm, was as one of the earliest employees at Cylance, where he served as chief data scientist. Wolff is set to become Obsidian’s chief scientist.

Both Johnson and Wolff are alumni of the U.S. National Security Agency, where they served as computer scientists.

Asheem Chandna, the partner at Greylock who co-led the Obsidian deal with Greylock principal Sarah Guo, revealed sparse details about the company on a call with Fortune. “The direction they’re leaning in is focused on helping large enterprises better manage and protect user accounts both on premise and in the cloud,” said Chandna, whose earlier investment hits include an a stake in AppDynamics, which Cisco (CSCO) purchased for nearly $4 billion last year, and Palo Alto Networks (PANW), one of the most successful independent security firms since it went public five years ago.

“They’re looking to apply AI and machine learning at broad-based level,” Chandna added. This is a natural fit for Chisholm and Wolff, who helped build that technology into products at Cylance, he said.

The company is opening an office in Newport Beach, Calif., a few miles from their former digs at Cylance in Irvine. Chandna noted that the company is in the process of recruiting engineers and data scientists.