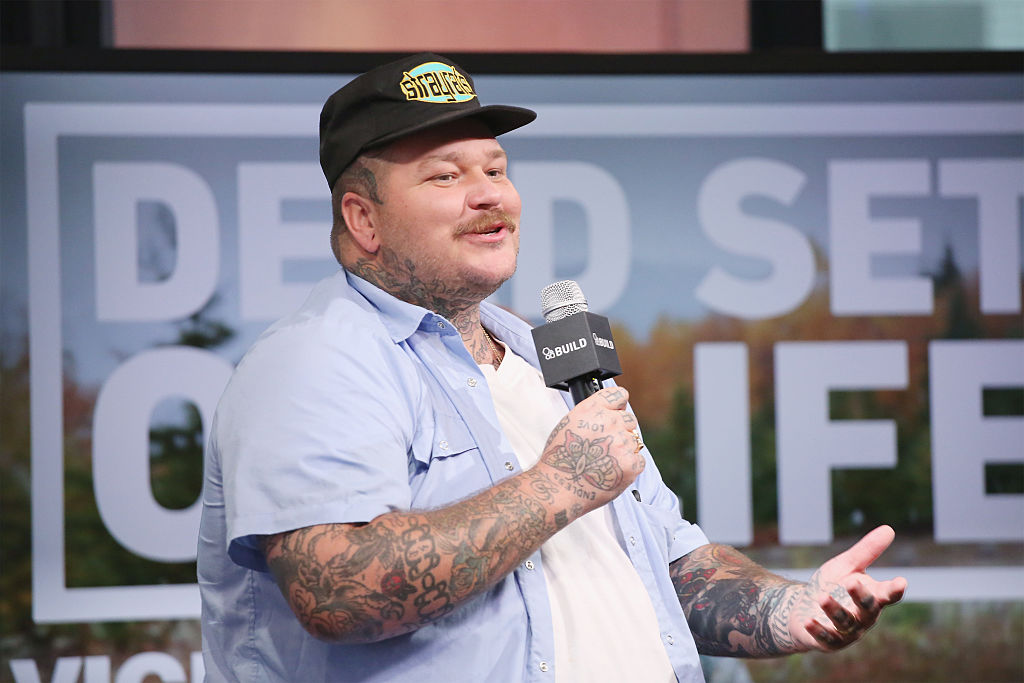 Vice Media’s latest venture shows the millennial-friendly company is hoping its audience is hungry for something more than edgy digital videos and news articles.

Munchies currently sells five different meals developed by Matheson, from a fried chicken dinner to a recipe for trout almondine with green beans and almonds, with each kit including recipe instructions and all necessary ingredients. (Customers can also watch cooking tutorial videos featuring Matheson, who hosts a “How To” cooking series on Vice’s website.)

“Those hungry days of watching Matty Matheson, the king of Munchies how-to cooking videos, and wishing you had more time to grocery shop for his recipes are over,” Vice wrote in a blog post introducing the new meal kits.

Unlike subscription-based services like Blue Apron, though, Munchies meal kits are available as one-off purchases, with meals sold for as little as $19 for a two-person meal or up to $46 for a four-person meal. There is also a $10 delivery charge per order, unless the meal exceeds $40, in which case delivery is free.

Vice’s new service is part of a partnership with meal kit company Chef’d, and customers can find Munchies meal kits for sale on the Chef’d website, alongside meal kits from companies like Weight Watchers and The New York Times. In fact, Vice is essentially following in the Times‘ footsteps as it becomes only the latest large media company to make the push into meal kit sales. As Fortune noted last year, media industry meal kits briefly became something of a trend, with Men’s Health also partnering with Chef’d in 2015 while Time Inc. magazine titles Real Simple and Cooking Light both partnered with rival meal kits service Plated a year earlier. (Note: Time Inc. is the parent company of Fortune.)

Such media meal kit partnerships have mostly met with mixed results. While the Men’s Health meal kit options can still be found on the Chef’d website, Time Inc.’s Plated deal ended more than a year ago.

Still, Vice clearly sees the potential for an additional revenue stream from meal kits. John Martin, the publisher of the Brooklyn-based company’s Munchies food vertical, told Inc. on Tuesday that Vice drew some inspiration from the growing meal kit industry, which has seen popular services like HelloFresh and Blue Apron attract large amounts of money from investors.

Blue Apron has raised almost $200 million in funding while being valued as high as $2 billion. Last week, the New York-based startup filed plans for an initial public offering. And while Blue Apron’s filing revealed that the company saw nearly $800 million in revenue last year, the company has also been unprofitable. Blue Apron reported a loss of almost $55 million last year, as the cost of acquiring new customers hurt the company’s bottom line.

In other words, while the market seems to have quite a bit of interest in meal kits, the business is anything but a sure thing and Vice may have difficulty standing out in a crowded field. That being said, Vice may have more luck if it can leverage other big names from the culinary world who are already on the company’s payroll. In addition to Matheson’s work on TV and online, celebrity chef and best-selling author Eddie Huang (Fresh Off the Boat) also hosts a Viceland travel show, called Huang’s World, while the rapper Action Bronson has his own culinary travel show on the company’s cable network called F*ck, That’s Delicious.

Meanwhile, Vice Media is rumored to be considering an IPO of its own. The company—which doesn’t release its exact finances, but reportedly has an annual revenue run rate near $1 billion—is said to be raising a new round of funding that would value it at more than $5 billion.