A Grocery Store for All, Powered By Wasted Food 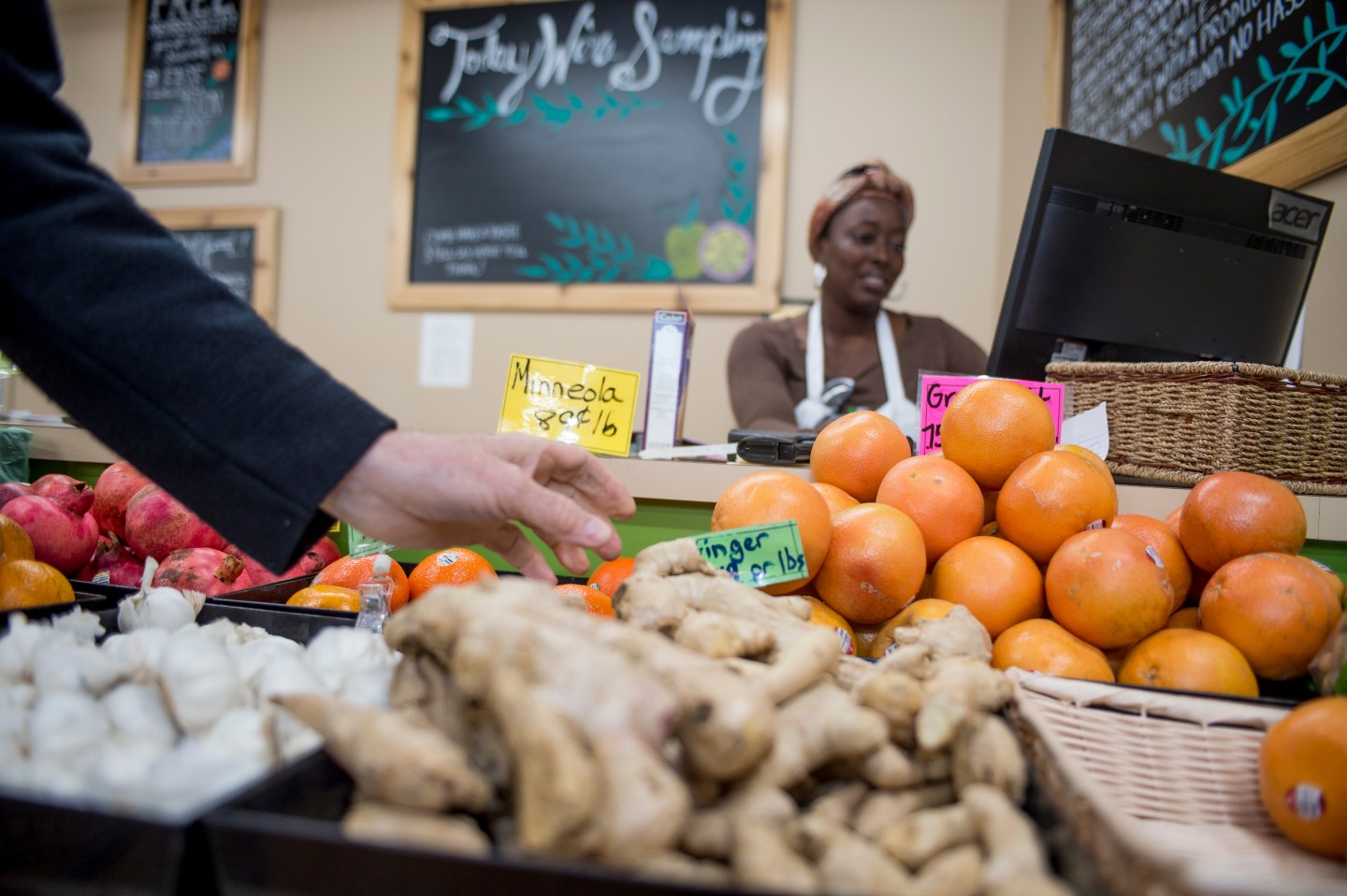 If you really want to make Doug Rauch happy, stop using the term “food waste.” Just call it wasted food. “No one in America wants a second helping of food waste,” the founder and president of Daily Table says.

He has a point. Changing the way we think about food is central to seeing its challenges as a business opportunity. At Daily Table, a nonprofit grocery store in Dorchester, Mass., Rauch aims to solve two of America’s biggest food problems: wasted food and access to affordable nutrition.

At Daily Table, customers buy products at a deep discount that Rauch and his team have secured from food producers. They’re often goods the manufacturers can’t sell because they’re either excess inventory or are fast approaching “sell by” or “best by” dates. Rauch, a former Trader Joe’s executive, says conventional grocers won’t take a product unless there’s more than 30 days left on the code. Instead of it going into the trash, the Daily Table team picks it up or has it shipped to them. To date, Rauch’s employees have recovered 1.3 million pounds of food.

Between 20% and 25% of what Daily Table sells has been donated; it purchases the rest through special arrangements. Rauch says he can buy a pallet of avocados that are going soft because he has the labor (thanks to a group of 75 volunteers that help out every week) to sort out the bad from the good.

“We’re able to utilize products that even food banks can’t utilize,” he says.

This model has allowed Daily Table to set what Rauch says are the lowest prices in Massachusetts, or perhaps the country, on many items. The day he and I talked he was selling a gallon of Organic Valley milk in his store for 99 cents after receiving a large donation of milk that had two days left on its sell-by date. (It was priced so low to make sure the entire inventory was gone by then.)

Daily Table regularly carries staples like off-brand Cheerios for 63 cents, cans of tuna for 50 cents, and bananas at 29 cents a pound. Rauch, however, says customers can’t expect to get all of their staples at the store. You can’t find oils and spices, for example.

Still, all of the options inside the store are informed by nutrition experts, Rauch says. Everything is presented with children and families in mind. And all of the products are priced low enough to accommodate recipients of food stamps.

Rauch had initially planned to have a much higher donation rate by accepting food from grocers that was past, not just near, its sell-by date—goods that were perfectly fine but that customers would no longer buy. “It’s a crime that we’re just throwing all of this into landfills,” he says. “Food is a precious resource.”

But in conversations with the local community, Rauch found that one of the enduring concerns was a misunderstanding around code dates. People kept asking if the food was safe. Contrary to widespread belief, “best by” and “sell by” dates are neither expiration dates nor markers of food safety. With the exception of infant formula, they are not federally mandated. The stamps are supposed to indicate the point after which “peak quality” can no longer be guaranteed. Much of the time, the food is edible well past the date—that is, until stores throw it away.

At any rate, the popular misunderstanding led Rauch to decide not to sell anything in his store that was past its sell-by or best-by date—nothing, he says, that would “make it seem like a second-rate product.” So he shifted his sourcing one notch upstream from grocery stores to manufacturers.

Why not just give the food away? Rauch says Daily Table sells it because most of the population does not want a handout. His customers are typically working but economically challenged and therefore “food insecure”—able to eat but not in a nutritious way.

“We ran up against this issue of dignity versus quality,” he says, “and that one of our core fundamental beliefs is that we need to deliver whatever services we have in a manner that is not just a handout.”

Rauch also needs Daily Table to break even to be self-sufficient. “Food banks get funding for the mission,” he notes. From the day the store opened in June 2015, he wanted Daily Table to be a business that received “funding by the delivery of its mission.” Today the store is about 75% self-funded; the balance comes from foundations.

Daily Table’s margins are lower than Rauch initially thought they would be because the company ended up buying more food rather than receiving donations. “We now realize it’s a model based on volume,” he says. “We’re a multi-unit strategy.” Its commissary kitchen, he says, is a money-losing endeavor but integral to the model. As you move down the economic rung, Rauch says, you have less time. Prepared foods give the community an affordable, nutritionally beneficial option.

Rauch believes Daily Table’s commissary can break even if it serves one more store. He already has the second location picked out—expect a Daily Table to arrive inside Boston city limits soon.