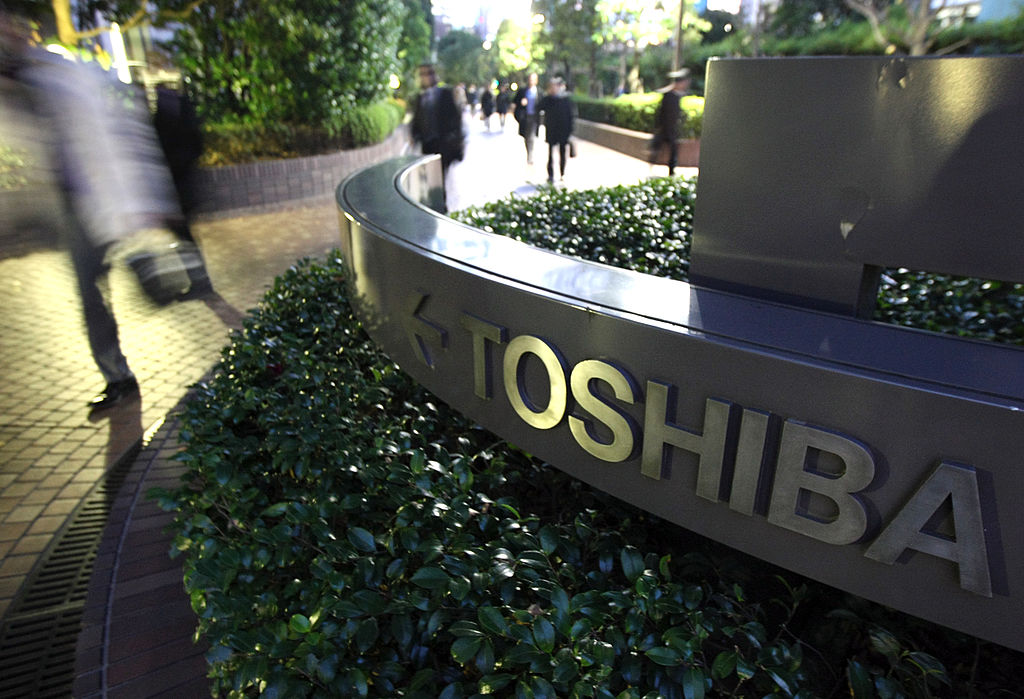 Pedestrians walk near a sign for Toshiba outside the company's headquarters in Tokyo, Japan, on Friday, Dec. 24, 2010.
Tomohiro Ohsumi—Bloomberg/Getty Images

The two U.S. technology giants plan to “chip in funds”, Gou said, according the interview with the newspaper. It was not immediately clear if this would take the form of a direct investment in the semiconductor unit or would be financing for the deal.

Representatives for Apple and Amazon were not immediately available for comment.

Toshiba is depending on the sale of the unit, the world’s second-largest NAND chip maker, to cover billions of dollars in cost overruns at its now bankrupt U.S. nuclear unit Westinghouse.

Foxconn is not seen as a frontrunner in the sale of the unit, which Toshiba has valued at at least $18 billion, due to its deep ties with China. The Japanese government has said it will block any deal that would risk the transfer of key chip technology out of the country.