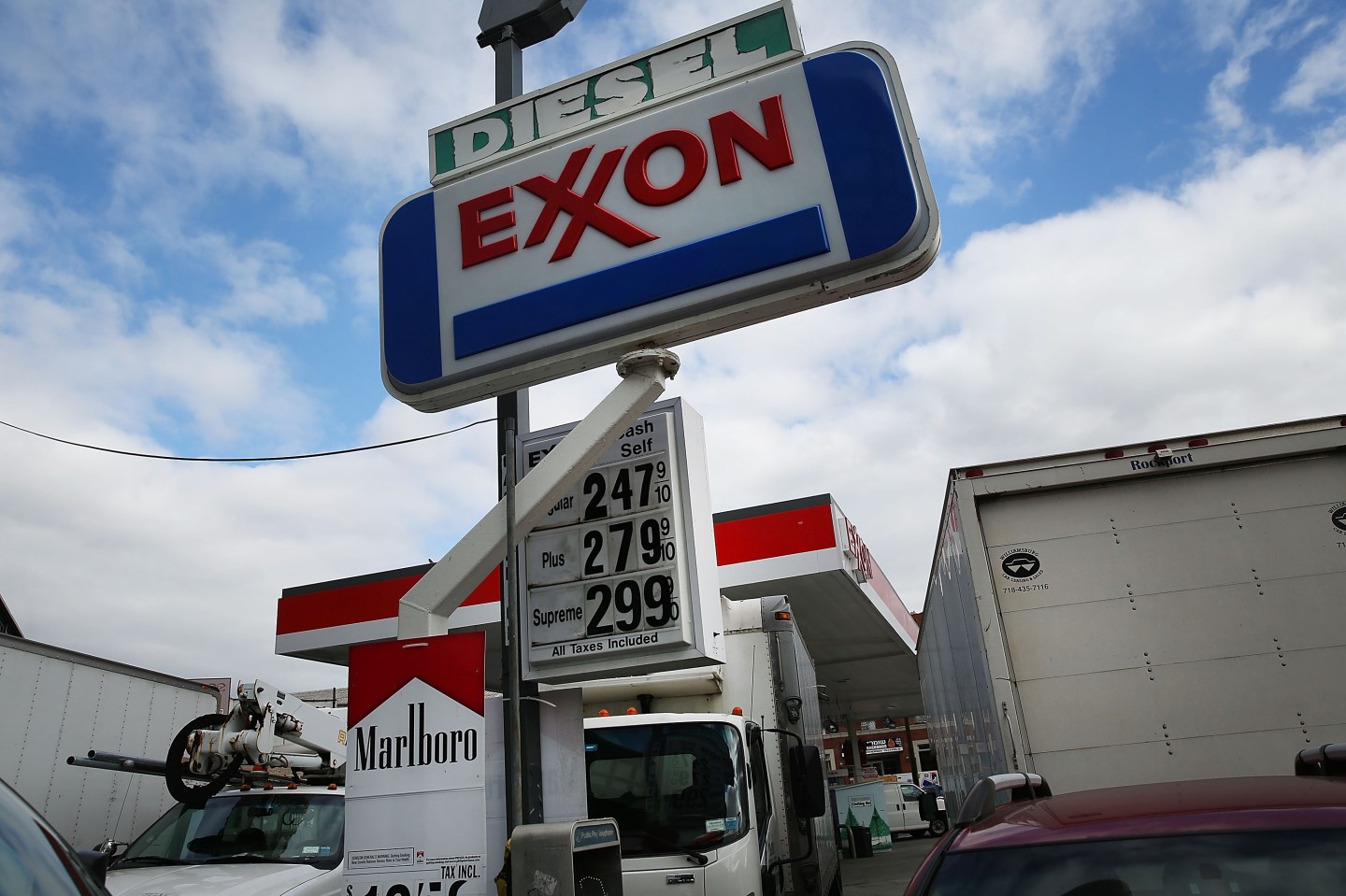 New York’s top prosecutor on Friday increased pressure on Exxon Mobil (XOM) to turn over records of internal assessments of the risks global warming poses to its businesses, claiming to already have evidence of “potential materially false and misleading statements by Exxon,” court filings show.

Attorney General Eric Schneiderman has been investigating whether the U.S. oil giant misled investors by publicly stating that it thought the risks of climate change were low while privately admitting they were far higher.

In a filing on Friday, Schneiderman focused on the method Exxon used to give its investors estimates of the regulatory cost of greenhouse gas emissions on new projects. The company frequently showed investors a number it called a “proxy cost” for greenhouse gasses as a way to assure them it was accounting for potential changes to government policy that would make producing and burning fossil fuels more expensive.

“The exercise described to investors may be a sham,” Schneiderman wrote in the court filing.

A spokesman for Exxon did not immediately respond to a request for comment.

Exxon has been fighting Schneiderman’s requests for information about its climate change policies in both state and federal court, claiming it should not have to turn over records because the New York prosecutor’s probe is politically motivated and abusive to the company.

Massachusetts Attorney General Maura Healey is also investigating the company. Both probes are modeled after earlier investigations of tobacco companies, which were shown to admit in great detail internally that smoking was bad for human health while publicly maintaining it was not.

Friday’s filing revealed that Exxon may have actually low-balled the cost of carbon-emissions regulations in its internal calculations compared with what it told investors.

“Exxon’s own documents suggest that if Exxon had applied the proxy cost it promised to shareholders, at least one substantial oil sands project may have projected a financial loss, rather than a profit, over the course of the project’s original timeline,” Schneiderman wrote.

On May 23, a New York State appeals court ruled Exxon should turn over records Schneiderman was requesting, which it had been arguing it should not be compelled to release.

Friday’s filing included a request for even more internal documents, as well the ability to interview Exxon employees who might know about Exxon’s internal climate change discussions.