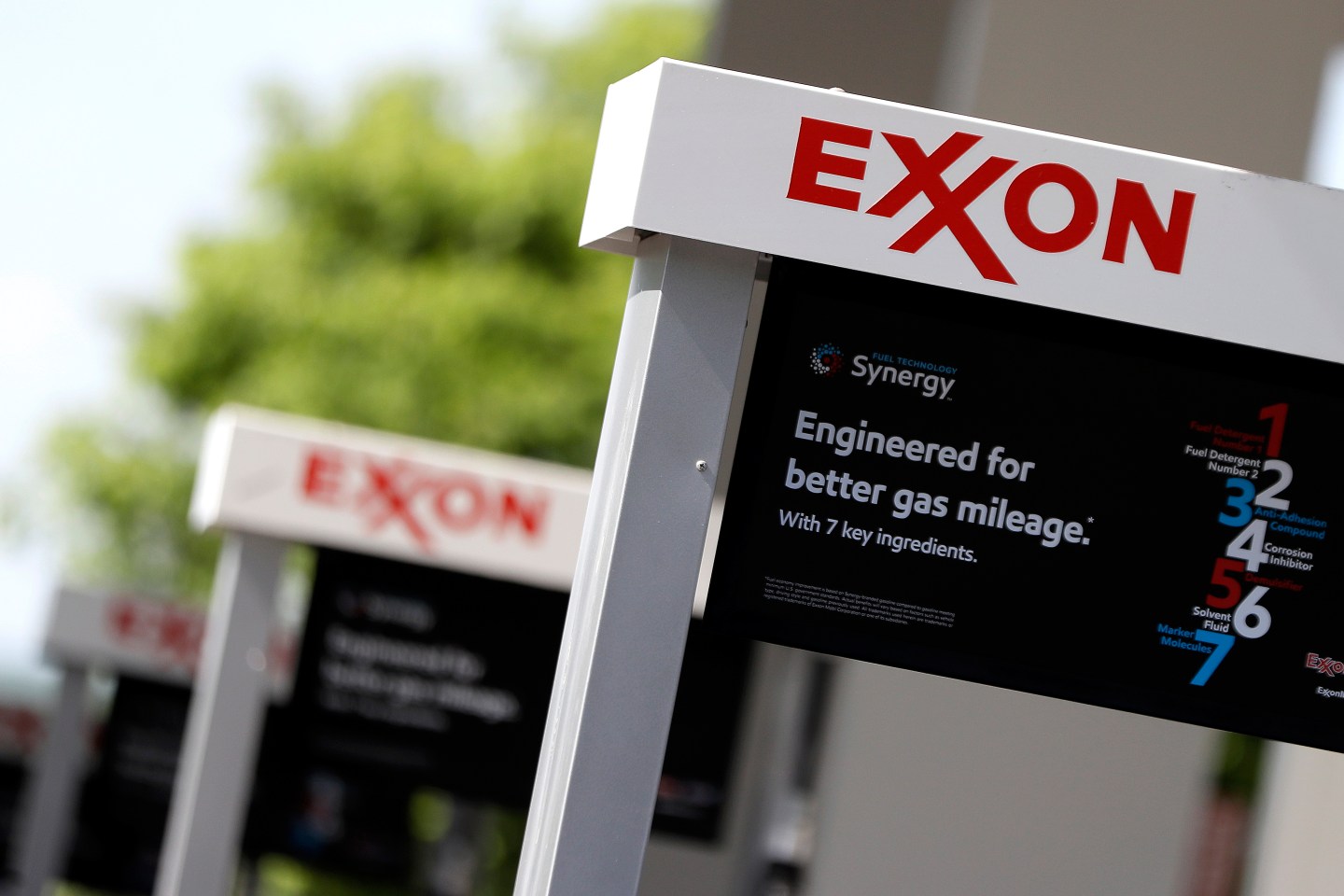 In an unprecedented move Wednesday, Exxon Mobil shareholders voted in favor of a non-binding proposal that they say will force the company to truly back the Paris climate agreement.

The proposal comes after an earlier report that President Donald Trump is expected to formally pull the United States from the climate change deal. It calls on Exxon to assess how new green technology and climate change regulations, including one Paris agreement goal to hold global temperatures below 2 degrees Celsius, could affect business through 2040 and beyond.

Sixty-two percent of shareholders voted in favor of the proposal—a stunning defeat for the company formerly helmed by Trump’s Secretary of State Rex Tillerson. Exxon initially lobbied heavily against the proposal, with a vote last year garnering only 38% of shareholder support.

“This is an unprecedented victory at Exxon for investors in the fight to ensure a smooth transition to a low-carbon economy,” said New York State Comptroller Thomas DiNapoli.

Since the proposal is non-binding, Exxon can choose not to adopt it. But if it does (and it’s likely given the overwhelming shareholder support), the company would finally prove its support for the Paris agreement via actions and not just words. In a previous statement regarding the same proposal, DiNapoli once noted: “ExxonMobil has said it supports the Paris Agreement, but those are empty words unless the company backs them up with action.”

Investors filed the proposal with over $5 trillion in combined assets under management. The New York State Comptroller on behalf of the York State Common Retirement Fund and the Church of England, and the California Public Employees’ Retirement System also backed the proposal. According to the Washington Post citing sources familiar with the matter, investing giants BlackRock, Vanguard, and State Street likely voted against management, too.

“Business as usual is no longer an option for carbon-intensive companies like Exxon,” said Sue Reid, a vice president at Ceres, a group that works with institutional investors in sustainability proposal, in a statement.

Though Trump has resisted pressure from Europe, the Pope, and reportedly Ivanka Trump on the issue of climate change, some such as Tesla’s Elon Musk still seem hopeful.

“Don’t know which way Paris will go, but I’ve done all I can to advise directly to POTUS, through others in WH & via councils, that we remain,” Musk tweeted Wednesday. If Trump does decide to pull the U.S., then Musk said he would withdraw from the council.