Secretary of State Rex Tillerson: I Won’t ‘Compromise My Own Values’ for Trump 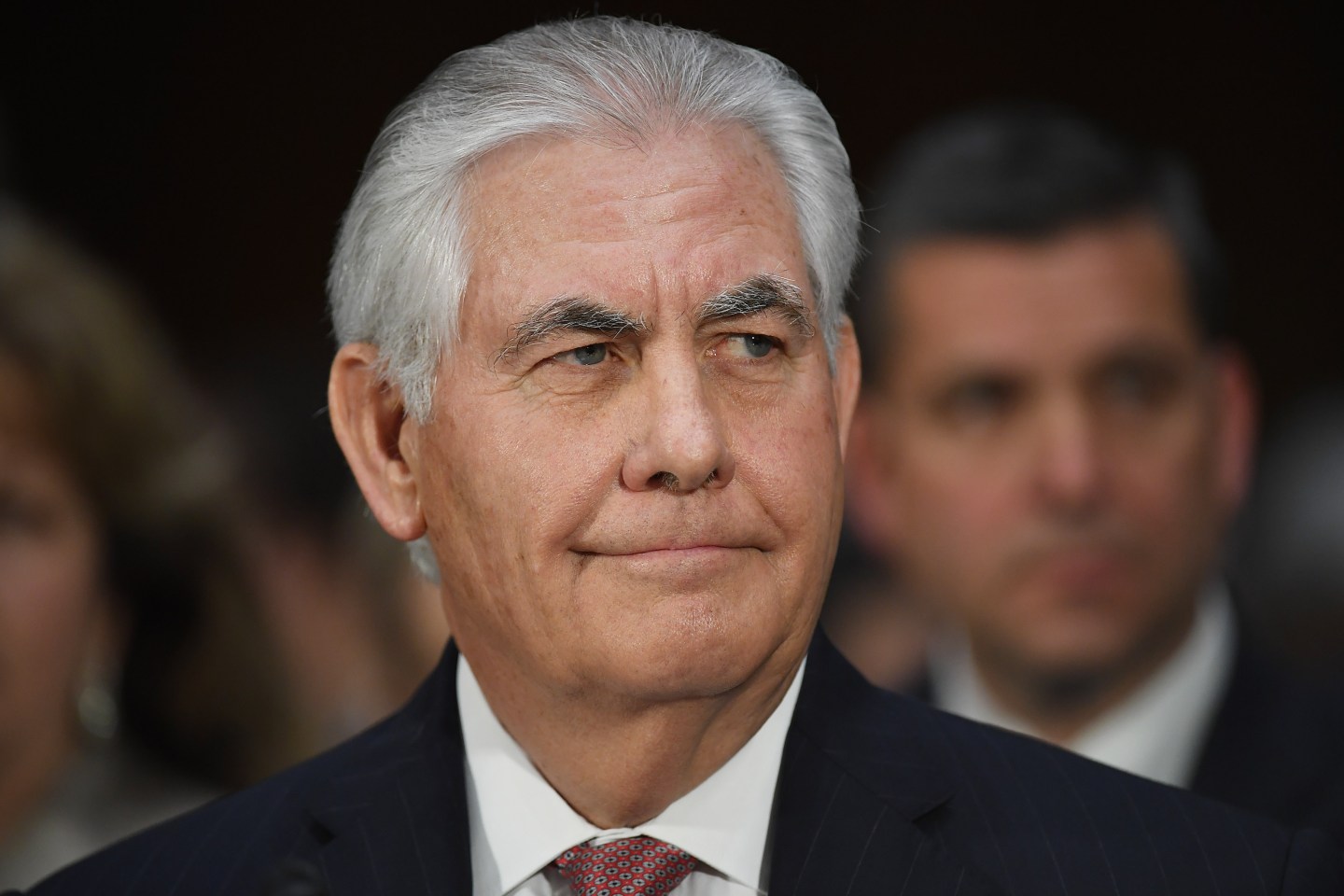 Secretary of State Rex Tillerson said Sunday that he is not concerned about his independence from President Donald Trump following his surprise firing of former FBI Director James Comey,

He was asked about where he drew the line when it came to standing up to the President.

“I will never compromise my own values, Chuck,” Tillerson told NBC’s Chuck Todd on “Meet the Press,” “And so that’s my only line. And my values are those of the country.”

Tillerson, who ran Exxon Mobil before serving as one of Trump’s top Cabinet positions, also said he is not concerned about his own independence from the President following Comey’s dismissal.

“I understand I have to earn his confidence every day with how I go about those affairs and how I go about conducting the State Department’s activities consistent with the direction he wants to take the country,” Tillerson added.