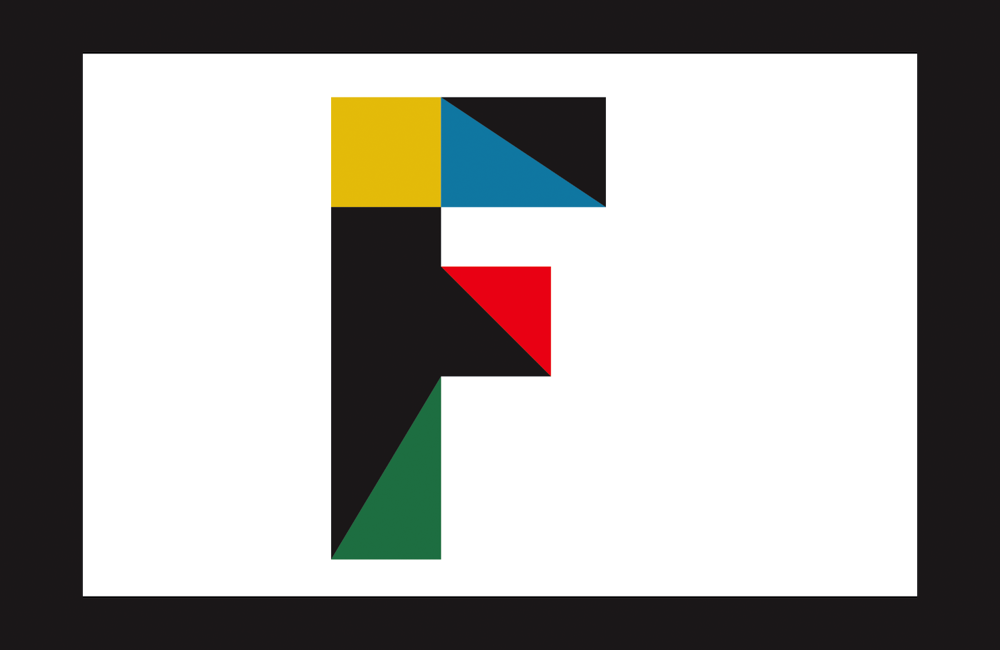 In 2014, Karsch, a hedge fund investor, made a $1 million investment in Blink Health. According to the lawsuit, the founders promised Karsch's investment would convert to an equity stake of no less than 5%. But Blink Health founders Michael and Geoffrey Chaiken allegedly did not convert Karsch’s investment to equity. An equity stake of that size would be worth $30 million as of Blink’s latest fundraise. (In April the company raised $90 million at a valuation of $600 million. The company has raised a total of $165 million in funding.)

In addition, the Chaikens allegedly gave Karsch a list of investors that they had lined up as a way to entice him to invest, while knowing that those investors were not planning invest in the Bridge 1 round of financing. They also allegedly pitched Karsch with a presentation claiming it had board members it did not have, according to the lawsuit. Further, they failed to inform Karsch of the fact that he was the only investor in Schedule 1 notes, or that his initial investment did not convert to equity, according to the lawsuit. “It was all part of Chaikens’ plan to later defraud Karsch out of his not-less-than 5% valuable equity ownership stake in Blink Health,” the lawsuit alleges.

The lawsuit also alleges that the other seed investors, who didn’t invest in the same financing as Karsch, were “offered back-door deals for the issuance of Series A shares in subsequent rounds of financing behind Karsch’s back.” That includes Formation 8, the now-defunct venture firm co-founded by Joe Lonsdale. Lonsdale’s new firm, 8VC is now Blink Health’s largest investor. Blink wired Karsch’s money back to him. The lawsuit claims that Blink closed the bank account so Karsch could not reject the wire transfer.

A Blink Health spokesperson provided the following response: “We find this complaint very surprising because Michael Karsch repeatedly demanded that his loan to the company be repaid with interest, and the company had the right to do so. The allegations in the complaint are demonstrably false, and many have been recycled from a complaint filed by the same attorney on behalf of a disgruntled former employee and are irrelevant to the claims alleged here. This is an attempt by Michael Karsch to shake down a company that is is creating value for its customers, employees and shareholders. We will defend ourselves vigorously against these baseless claims in the court of law.”

This is the second Blink Health lawsuit. In November, the company’s ex-CFO sued the company for breach of contract and violating the protective whistleblower provisions of the Dodd-Frank Act by firing him after he allegedly alerted them to securities violations. That case settled earlier this year.

Also a fight: Last night Montana congressional candidate Greg Gianforte made headlines for assaulting a reporter. If Gianforte’s name sounds familiar to Term Sheet readers, it may be because he founded RightNow Technologies, a startup backed by Greylock and Summit Partners, which went public in 2004 and later sold to Oracle in 2011 for $1.5 billion.

Unicorn watch: Last time we heard Kik, the Canadian messaging unicorn, it was going all-in on bots with a “bot shop” of chatbots from e-commerce and content partners like Sephora and the Weather Channel. Now, it’s going all-in with a big, bold, bet-the-company move into cryptocurrency. The company plans to mint its own cryptocurrency in an ICO later this year built on top of Ethereum. More via Fortune’s Robert Hackett:

[CEO Ted] Livingston's decision to mint a cryptocurrency for Kik comes in response to the growing tendency for online advertising revenue to be soaked up by giants like Facebook and Google. This trend has made it difficult for scrappier upstarts that depend on online ad sales to find their footing and develop sustainable business models.

The business model that will be startups' saving grace, in Livingston's view, is the cryptocurrency-fueled meritocracy wherein users can hold something akin to an equity stake. In this system, those people who contribute the most—whether by designing successful apps or by creating the most-viewed content—are rewarded with more cryptocurrency.

Fred Wilson, a Kik board member and partner at Union Square Ventures who has for years been one of the biggest bulls about cryptocurrency, said, "Kik will be the first mainstream application to integrate a cryptocurrency. This could be a watershed moment for the blockchain sector." Read more. (And read Term Sheet’s guide to ICOs here.)

Unicorn watch: Here’s a put-the-IPO-on-hold move from Tanium, the cybersecurity unicorn which in April garnered a slew of negative headlines for its “hard-edged” culture and for exposing a client’s data during a sales pitch. Tanium has long been an IPO candidate; its executive exodus (including its CFO) and the related negative headlines make that big public branding moment a tricky thing to pull off.

Instead, Tanium has opted to stay private and give its employees some liquidity. Tanium raised $100 million in a new round led by TPG with participation from IVP. The common stock round, which consists of secondary shares, values Tanium at $3.75 billion, a tiny step up from its last $3.5 billion valuation. Fortune’s Jeff Roberts has more:

[CEO Orion Hindawi] said the company culture is tough but is healthy and has emerged stronger from the controversies.

"We run a different style of company. We don't market a ton and we’re not just not cuddly," Hindawi said. We’re mission oriented and demanding—if you don’t work hard you don't make it here. We run a company that looks a lot more like the Navy Seals [than a regular company]."

He added that, following the controversy, he phoned more than 150 of Tanium's 400 clients, and that they are staying with the company. He also said speaking with his employees has made him more introspective, and that he never wants to be misconstrued as being aggressive. Read the rest.

IRL: I’ll be moderating a panel of investors at the LDV Vision Summit in a couple of hours. If you’re there, say hi!

• A debate on universal basic income.

• Why Wall Street is betting on Ford’s new CEO.

• John Chambers on his biggest mistake.

• Ele.me, a Chinese food delivery startup, is poised to raise $1 billion in new funding led by Alibaba and its affiliate Ant Financial, according to Bloomberg. The round will reportedly value Ele.me at between $5.5 billion and $6 billion. Read more.

• 99, a São Paolo, Brazil-based ridesharing startup, raised $100 million from SoftBank in an extension of a January funding round that now totals $200 million led by DiDi Chuxing and Riverwood.

• Bulletproof 360, a Seattle manufacturer of coffee, tea, and other performance-enhancing food and beverages, raised $19 million in Series B funding. CAVU Venture Partners led the round, and was joined by Trinity Ventures.

• Rulai, a Campbell, Calif.-based artificial intelligence company, raised $6.5 million in Series A funding. GSR Ventures led the round. (This item has been updated with the correct location of Rulai.)

• Reali, an app-enabled real estate company based in San Mateo, Calif., raised a Series A funding round of $5 million led by Signia Venture Partners.

• Dow Chemical’s planned merger with Dupoint Co. may be in jeopardy as activist investor Dan Loeb plans to push for changes to the planned merger and breakup, according to the Wall Street Journal. Read more.

• Kinder Morgan, an energy giant based out of Houston, Texas, has priced the IPO of its Canadian subsidiary at a range of C$17($12.70), below its previously quoted range of C$19 to C$22, according to Bloomberg. The company plans to offer about 102.9 million shares, up from an earlier stated figure of 92.1 million shares. Kinder Morgan will retain roughly 70% of the subsidiary following the sale. The IPO is expected to raise about C$1.75 billion ($1.3 billion).

• Garena, an e-commerce and gaming portal founded in Singapore, has also reportedly filed confidentially for an IPO with the SEC, Bloomberg reported citing sources close to the matter. Garena, the largest startup in Southeast Asia, is reportedly seeking a $1 billion IPO with Goldman Sachs and Morgan Stanley advising.

• WideOpenWest, an Englewood, Colo.-based cable operator, raised $310 million in an IPO of 18.2 million shares. The company priced below its previously stated range of $20 to $22, pricing shares at $17 a piece. The company will list on the NYSE under ticker symbol “WOW.” UBS and Credit Suisse are lead underwriters.

• Appian, an app-developing software maker based out of Reston, Va., is offering 6.3 million shares at $12 a piece—right at the midpoint of its previously stated range and raising about $75 million. The company will list on the Nasdaq under “APPN.” Morgan Stanley, Goldman Sachs, and Barclays are lead underwriters in the deal. Appian is backed by NEA and Novak Biddle Venture Partners.

• DataRobot, a Boston-based big data startup, has acquired Nutonian, a Boston-based AI company, for an undisclosed price. Nutonian had raised $4 million in funding from investors including Atlas Venture. Read more at Fortune.

• Red Hat (NYSE: RHT) has agreed to acquire Codenvy, a San Francisco-based provider of cloud-native development tools. Terms were not disclosed. Codenvy had raised $9 million from investors including Toba Capital and Auriga Partners.

• Trailmix Ventures, a New York City-based venture firm, has launched to invest in early stage companies with a focus on sustainability. Partners are Soraya Darabi, Will Nathan, and Marina Hadjipateras.

• Sunil Pai joined AngelList. He was previously an investor at DFJ.