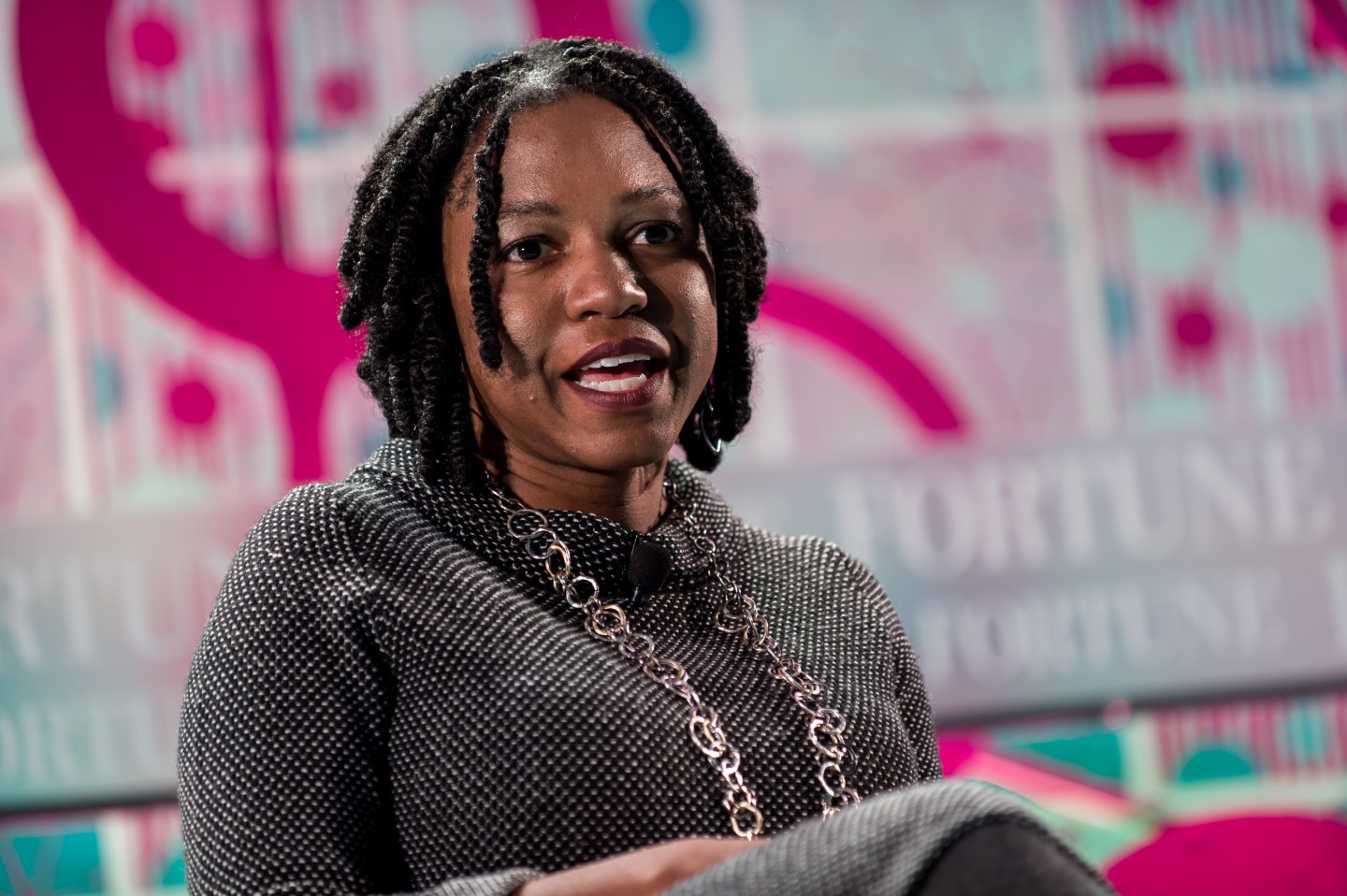 Nordstrom is getting new technology blood to help it navigate the increasing confluence of brick and mortar retail and e-commerce.

Stacy Brown-Philpot, CEO of freelance job site TaskRabbit, has been appointed to the board of luxury retail giant. Her online experience at TaskRabbit, which matches home cleaners and handymen with consumers, could be helpful to the retailer as it looks to continue to improve its web experience.

Brown-Philpot, who was named to Fortune’s 40 Under 40 list in 2015, was named TaskRabbit’s CEO in 2016 after serving as the company’s chief operating officer. Previously, she spent nearly a decade heading global operations for some of Google’s most widely used services, including search. She also oversaw online sales and operations for Google India.

Brown-Philpot won’t be the only technology executive on Nordstrom’s board. Brad Smith, the CEO of Intuit, is also a board member.

While in-store sales for Nordstrom have been falling, it online business is growing. In the most recent quarter, sales for Nordstrom.com rose 10.9% while sales in Nordstrom full-service department stores dropped 6.4%. In 2016, the company announced an aggressive plan to boost e-commerce that involved faster deliveries and shipping as well as adding more technology in stores.

Brown-Philpot’s appointment comes at a time when more Fortune 500 companies are looking to add diversity to their boards. According to a recent study by Deloitte and The Alliance for Board Diversity, women and minorities held about 31% of the board seats of Fortune 500 companies in 2016—an increase from 25.5% in 2010. However, progress is slow. Deloitte said that it may take a decade before women and minorities account for 40% of board members.

Nordstrom isn’t the first public company board for Brown-Philpot, She’s also a director for HP Inc., the printer-and-PC business that was spun off of Hewlett-Packard in 2015.