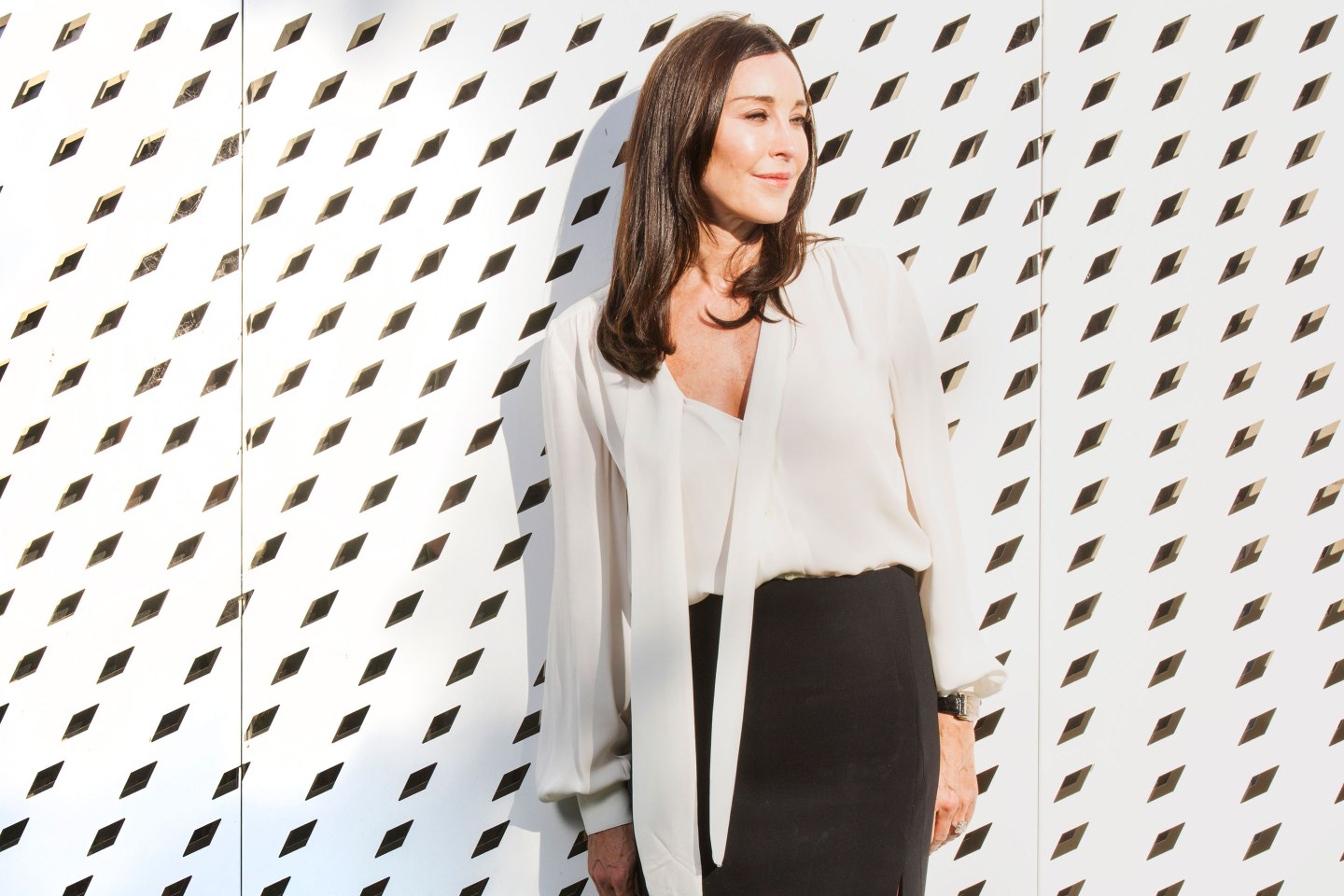 You don’t have to be a fan of stilettos to want to hear what Tamara Mellon has to say about the state of her industry. The long-time shoe-preneur, who will speak at Fortune’s Most Powerful Women Summit in London this June, has loads of opinions on where retail is headed (hint: department stores are dead), not to mention her own ups and downs founding and running fashion lines.

In 1996 Mellon co-founded luxury brand Jimmy Choo, building it into a footwear empire and eventually selling off her stake to luxury goods group Labelux. More recently, she started another footwear company, Tamara Mellon Brand. The idea? Shake up the fashion biz by offering shoes and clothing that would be unveiled during the season they were meant to be worn. Unfortunately, that last bet turned into a bit of a faux pas. In late 2015, faced with an outstanding $4 million owed to her investors, she filed for Chapter 11 bankruptcy. In the ensuing months, she has reorganized the company, switching to an online-only model and raising funding from venture capital firm NEA.

Fortune caught up with Mellon to hear more about her current business, what the future holds for the retail industry and which new brands are killing it.

What’s your strategy for rebuilding your business?

I re-launched last October as a direct-to-consumer brand. I was in a unique position because I was small enough to pivot and pull my business out of the wholesale channel. Now we just put new fashion pieces up every month that are also season appropriate. But we’re also trying to build a community. I think the way the brands communicate with their customers is radically different today. So we tell a story with the brand—what are our values and our beliefs. Sports brands have done this incredibly well. This may sound weird but what people got from church in the past they now get from brands like SoulCycle. Everyone’s in there with a purpose.

Where does the future of the retail business hold? Where do department stores fit in?

Department stores are not going to be able to just have racks of clothes hanging up anymore. They need to think about what they’re giving their customers. They can’t be just real estate holders. What kind of experience are you giving customers? What can we give them instead of racks of clothes?

At the same time, some online players have been dabbling in brick and mortar. Do you think this is just a fad or will it continue to grow?

People still want physical experiences but they want it in a new way. They don’t want department stores. They want to be part of the tribe, like with the Nike Experience stores. You’re part of a community. So I think physical will continue. In fact, we have a pop up right now on Robertson Boulevard in LA.

Which new fashion brands do you admire?

There’s a shoe company called Allbirds that’s just killing it. It’s a sneaker made from wool from New Zealand. They romance you with the story of where the wool comes from and how they make it. It’s just one style in different colors and it’s exploding. [Allbirds recently launched a second shoe style.]

Besides the internet, what’s been the biggest disruptor in fashion in the last decade or two?

The internet. When the fashion shows went public, when they went online, that changed everything. In the past, there was always a big reveal moment. Now, with everyone looking at the shows six months before the product is delivered it creates a big problem because it creates fatigue around it. So many companies now that have created disruptions, like Warby Parker and Casper, they’ve introduced so many new models [by cutting out the middleman].

What was the toughest moment in your career?

Filing for Chapter 11. Going through that was incredibly difficult. You know your vision but you have to torch your own house. It isn’t easy. But I was too early. Usually the first one out the gate doesn’t succeed. You’re trying to do a new way of selling in an old system.

A version of this article appears in the June 1, 2017 issue of Fortune with the headline “The Queen of Heels Talks Shop(s).”