Why AMD Won’t Be Licensing Graphics Chips to Intel 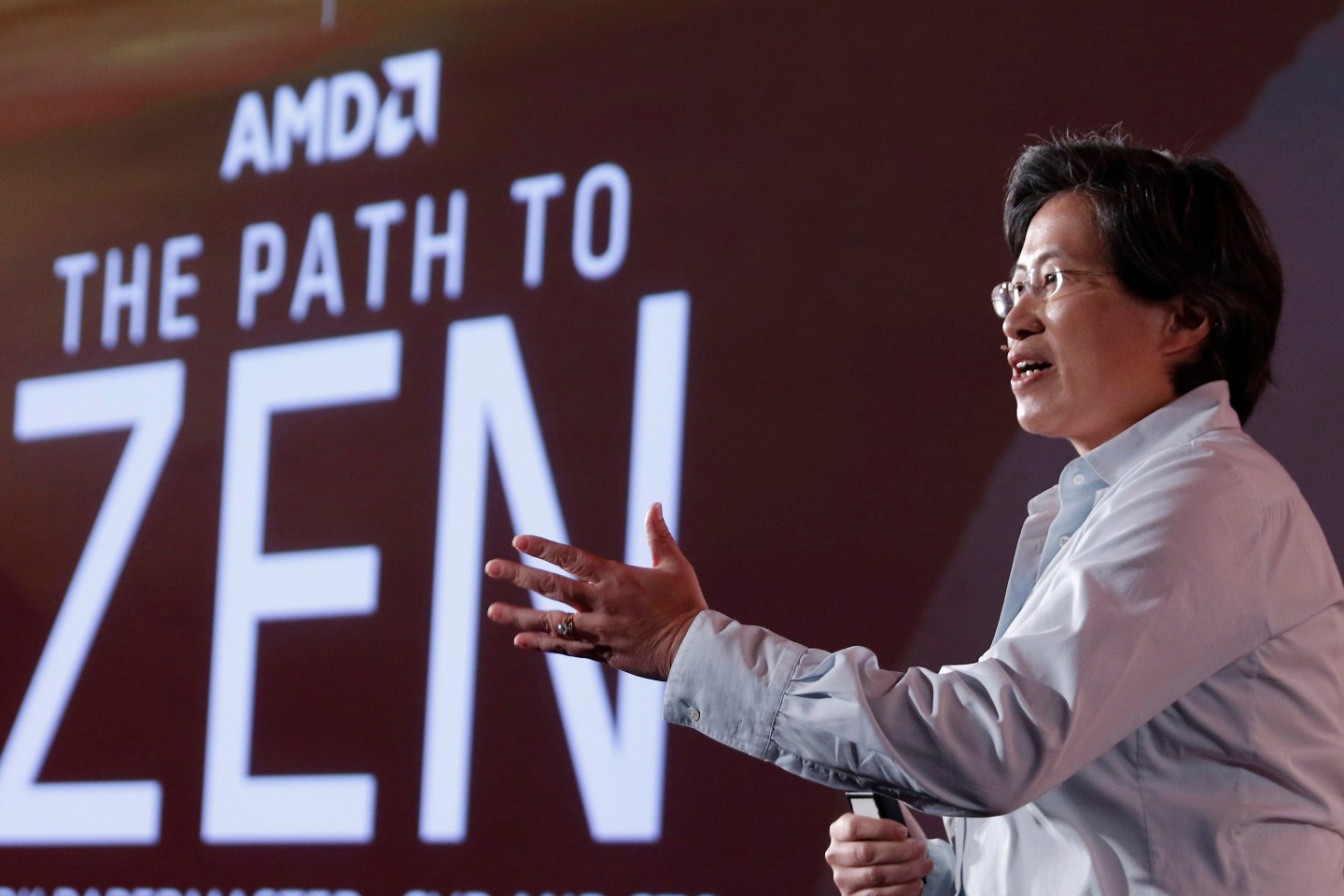 It started with analysts referring to a Bloomberg story a few months ago that no one could find. It gained traction with an anonymously-sourced “confirmation” on a PC enthusiast web site last week. But despite the occasional boosts, the rumor that Advanced Micro Devices is about to strike a licensing deal with arch rival Intel just doesn’t add up. At least for AMD.

AMD CEO Lisa Su just spent the last four years betting the company on radical new designs for both central processing chips that power PCs and servers as well as graphics chips aimed at gamers and machine learning tasks. Now that the goods have finally arrived, in the form of Ryzen chips for PCs and Vega chips for graphics, it’s about the last moment when she’d like to lend a helping hand to her fierce competitor.

Intel, the dominant maker of PC and server processor chips, doesn’t have much in-house expertise in graphics chips. And a deal to incorporate Nvidia’s (NVDA) graphics technology has reportedly expired. So Intel could likely use a new deal with AMD to help its stay on the cutting edge for selling chip sets that incorporate both central processors and graphics features.

That doesn’t mean Su has any interest, however.

Speaking at an investor conference in Boston on Monday, the AMD CEO wouldn’t address the Intel licensing rumor head on, saying that her company doesn’t comment on rumors or deals that might be in the works.

But she made very clear that she wasn’t in the mood to aid Intel, even if she didn’t mention the company by name. Although AMD will consider “selectively” licensing its intellectual property, “we’re really trying to look for those areas that can grow our market share,” Su said. “It’s about how do we sell more products, or how do we have our IP in markets where we’re not currently selling products. We’re not looking at enabling a competitor to compete against our products.”

AMD competes head-to-head with Intel selling processor chip sets with integrated graphics for PCs. So that wouldn’t qualify as a market where AMD isn’t currently selling its products.

A multi-year Intel licensing deal could bring in billions of dollars, a prospect which has ignited Wall Street’s interest in the rumors. But Su also said at the conference that the company’s adjusted earnings per share forecast of 75 cents for the year assumes no new, unannounced licensing agreements will contribute.

Beyond Monday’s statements, Su’s entire strategy to revive AMD rests on attracting customers top-performing chip products and abandoning AMD’s old ways of milking every dollar from mediocrity. As the only one of the major chip vendors that can compete with its own line of high-end central processing chips and high-end graphics chips, a licensing deal with Intel would surrender AMD’s unique advantage in the market.

After rising from the depths of under $2 per share in February 2016 to a high of $15.55 at the end of this February, AMD’s share price has dropped on fears that Su’s big bets won’t pay off soon enough. After AMD reported first quarter results on May 1 that didn’t indicate profit margins were about to jump thanks to all the new products, the stock fell as low as $9.85 before recovering a bit to the range of about $11 a share.

But the revived Intel (INTC) deal rumor, carried on the site Fudzilla on May 17, pushed the shares back up as high as $12.77. Su’s failure to confirm—along with a carefully-worded, present tense denial from Intel—put AMD’s share price back on the down spin. It was trading at $10.79 in midday trading on Tuesday.

There’s plenty more to come from Su’s super chip strategy, with the revived Vega line of graphics chips hitting the market next month. But investors should not count on AMD (AMD) coming to the aid of any arch rivals, even if it would give the stock price a boost.