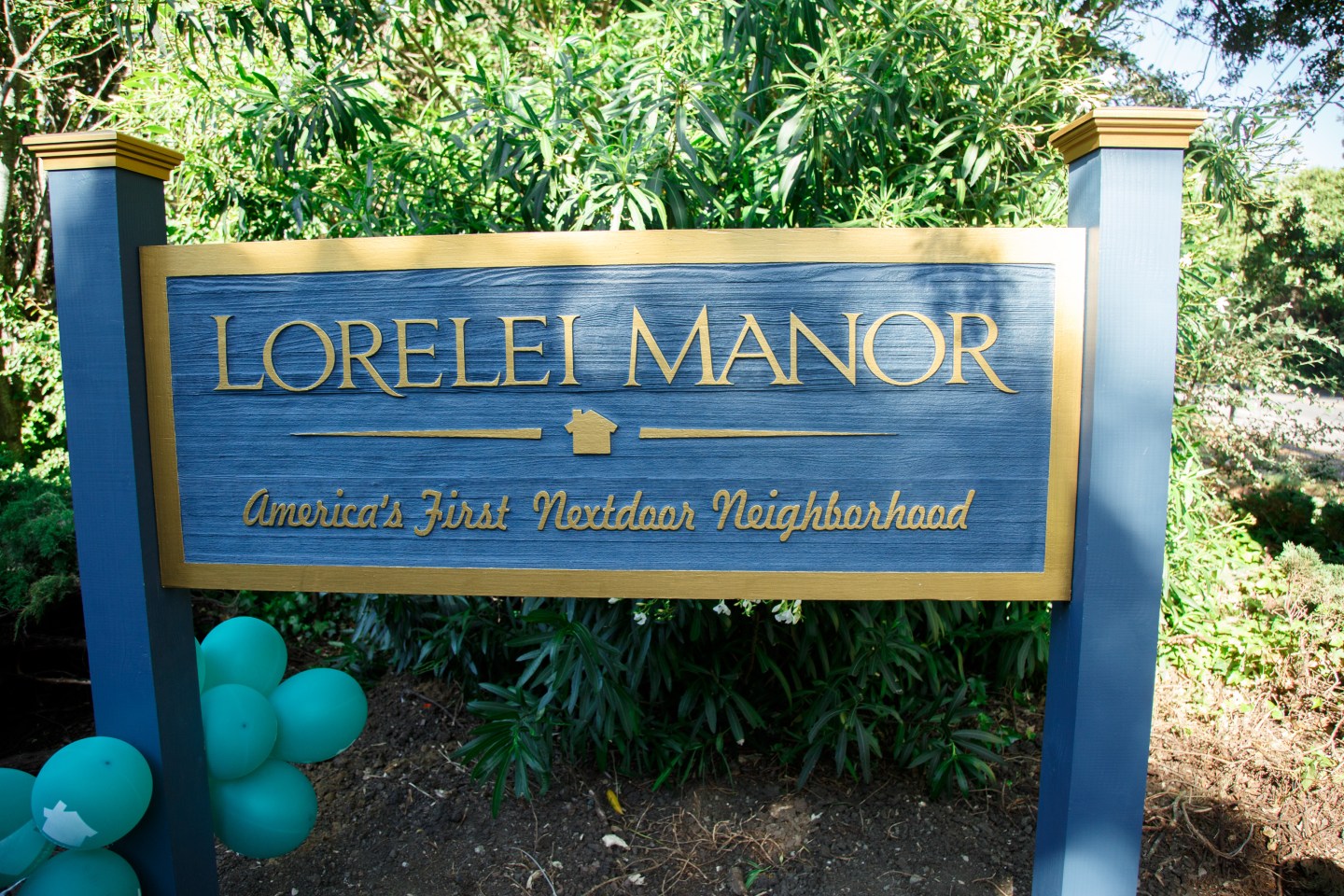 Two years ago, neighborhood social network Nextdoor made waves in the tech world by becoming one of the few technology companies to reach a $1 billion valuation without earning a dime of revenue. After testing several money-making ideas, the company finally appears to be focusing on one: advertising.

“We knew it was going to take a while,” CEO Nirav Tolia told Fortune, dismissing concerns that it’s too late.

Nextdoor serves as a sort of Facebook for more than 150,000 U.S., U.K. and Netherlands’ neighborhoods, up from 100,000 in 2016. Users turn to the site to share information about crime, list items for sale, and get recommendations for handymen.

By settling on a business model, it’s getting serious about turning that traction into money. It’s hoping to live up to its huge valuation and early hype that enticed investors to plow in more than $200 million in funding.

The main way Nextdoor makes money is through ads within the feed of comments and questions by its users. The ads are similar to those on Facebook (“FB”), which users can comment on, like, or share.

For example, AT&T’s targets ads on Nextdoor in neighborhoods where it is trying to market its high speed Internet service, Fiber. State Farm Insurance’s advertises to Nextdoor neighborhoods as a marketing campaign about “what makes a good neighbor,” the insurance company’s longtime advertising slogan.

Over the past year, Nextdoor has collected millions of dollars in revenue through advertising (Tolia won’t say exactly how much). He projects ad revenue in the “tens of millions” this year, but he did not comment about whether the company is profitable.

Of course, by comparison, Nextdoor is lagging behind the revenue other consumer tech companies that were founded around the same time. Snapchat, which went public earlier this year, made close to $150 million in revenue in the first quarter of 2017.

“But we still have a ways to go considering our valuation,” Tolia said of the company’s revenue growth. The company is likely feeling the pressure of the $1.1 billon value investors put on the privately held company following a 2015 funding round.

Since advertisers can target specific neighborhoods, users click on the ads more than is usual on other websites, Tolia said. Five to 7% of people click on the ads, he argues, beating the industry average of around 2% for display and search ads.

Next up, Nextdoor plans to expand more into a kind of classified ad. Companies like real estate firms can use them to list homes for sale or rent.

Nextdoor will start advertising local deals and local service providers, such as plumbers or movers, in the coming months. The company would make money by charging providers for the customer leads its provides.

While it may be solving its business model problem, Nextdoor is still battling another: continued racial profiling on the site. Users occasionally post messages saying they’ve spotted “sketchy characters” in the neighborhood who are actually black or brown neighbors or their guests. The company says it took a number of steps to counter this problem, reducing the number of posts containing racial profiling by 75%. However, a recent Buzzfeed article indicated that there is still a racial profiling problem on the service.

“It’s a challenge we face every day,” Tolia said. “We are ready to roll up our sleeves and do something about the other 25%.”

In the future, Nextdoor may file for an initial public offering. Tolia said it would be a “natural next step,” but only after proving the business model.

Says Tolia, “I do believe an IPO will be a step on our journey.”