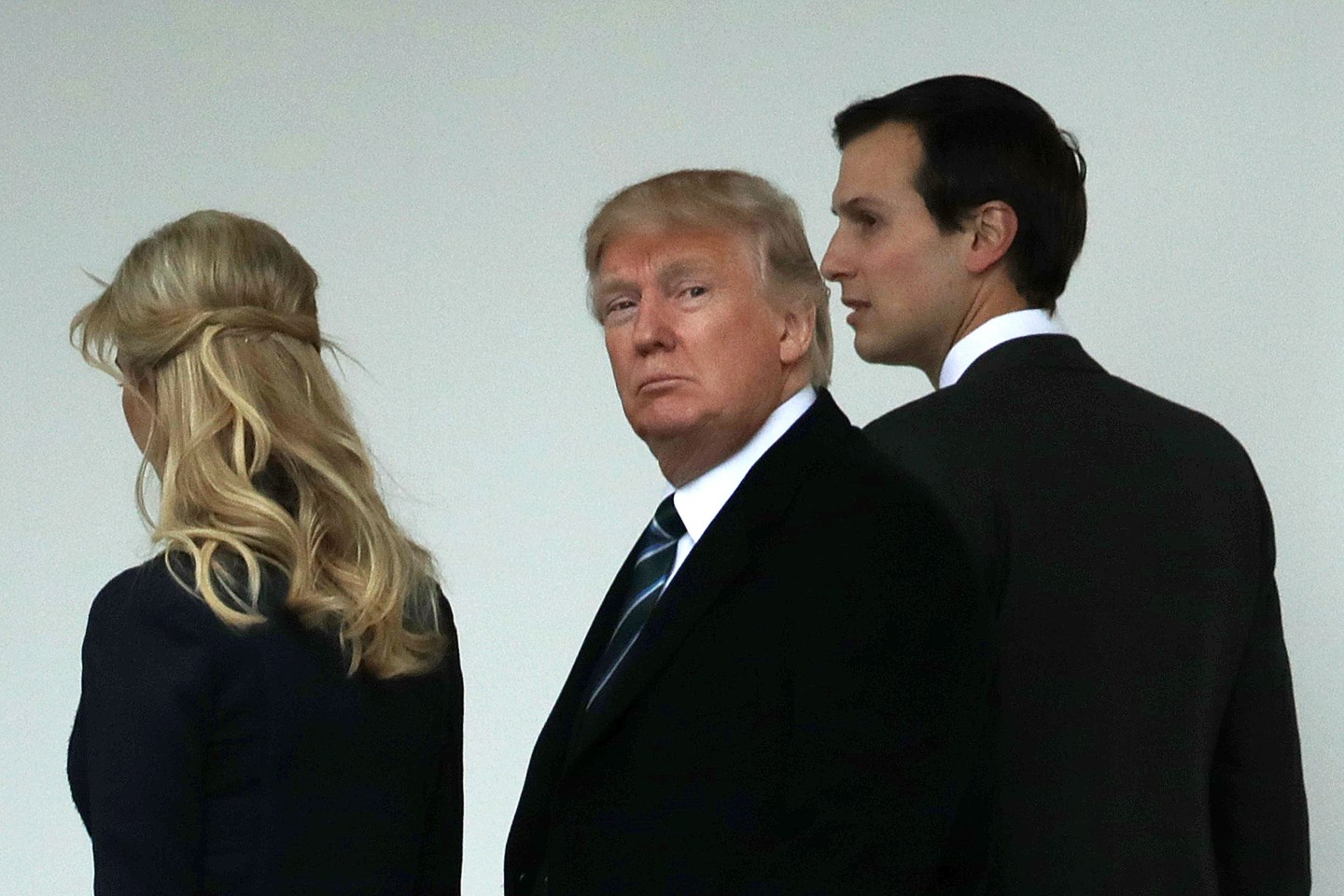 President Donald Trump with his daughter Ivanka Trump and his son-in-law Jared Kushner at the White House on March 17, 2017.
Photograph by Chip Somodevilla—Getty Images

With the White House and both chambers of the U.S. Congress under Republican control, party leaders and their allies in the business community had expected to get quick traction on their plans, with corporate tax cuts among the top priorities.

But four months into Trump’s tenure, only limited progress has been made. The House of Representatives passed a measure to rewrite Obamacare, but the Senate is only in the very early stages of considering the issue. Lawmakers are just beginning their push on tax reform.

In addition to congressional probes that are taking place into possible collusion between Trump’s 2016 campaign team and Russia, the U.S. Justice Department on Wednesday named former FBI Director Robert Mueller to investigate the matter.

“It’s the elephant in the room right now,” said Republican Representative Pat Tiberi. “The smartest minds in the White House know that, whether it’s tax reform or anything else on the public policy front. It’s hard enough to get things done in the U.S. Capitol under the best of circumstances.”

The House Ways and Means Committee will hold a hearing on tax reform on Thursday. Key administration and congressional leaders met Wednesday afternoon to discuss a path forward. But they remain a long way from signing a bill into law.

Republican Senator Lindsey Graham told reporters on Wednesday that the legislative process had “pretty much ground to a halt” amid the tumult in Washington.

Republican Representative Steve Womack said it was important for committees investigating the Russia matter to move forward expeditiously to both ensure that the public gets answers and to clear the way for Congress to move on to other issues.

“Any time we get bogged down on these kinds of issues unrelated to the governing agenda, it serves to delay and to sometimes complicate the real job that we have to do for the American people,” Womack said.

At a news conference on Wednesday, House Speaker Paul Ryan urged his colleagues to “seize this moment” to pass tax reform.

But instead of discussing tax rates and structures, Ryan was faced with a series of questions about James Comey, who Trump fired as director of the Federal Bureau of Investigation last week, and the Russia investigation.

Several lobbyists said that in the past week their corporate clients have grown more cautious on the prospects for tax reform but still hope that at least a small package can be approved.

“My worry level has grown considerably,” one lobbyist said.

Some lobbyists suggested that Congress could consider focusing on tax breaks and perhaps leave aside the comprehensive overhaul of the tax code that they had originally hoped for.

“When this all started, the thing we heard from the Hill was ‘transformative tax reform,’” said a strategist who consults with major companies focused on tax reform. “I think as time passes, tax reform is going to look much different, that it may be begin to look more like tax cuts than tax reform.”