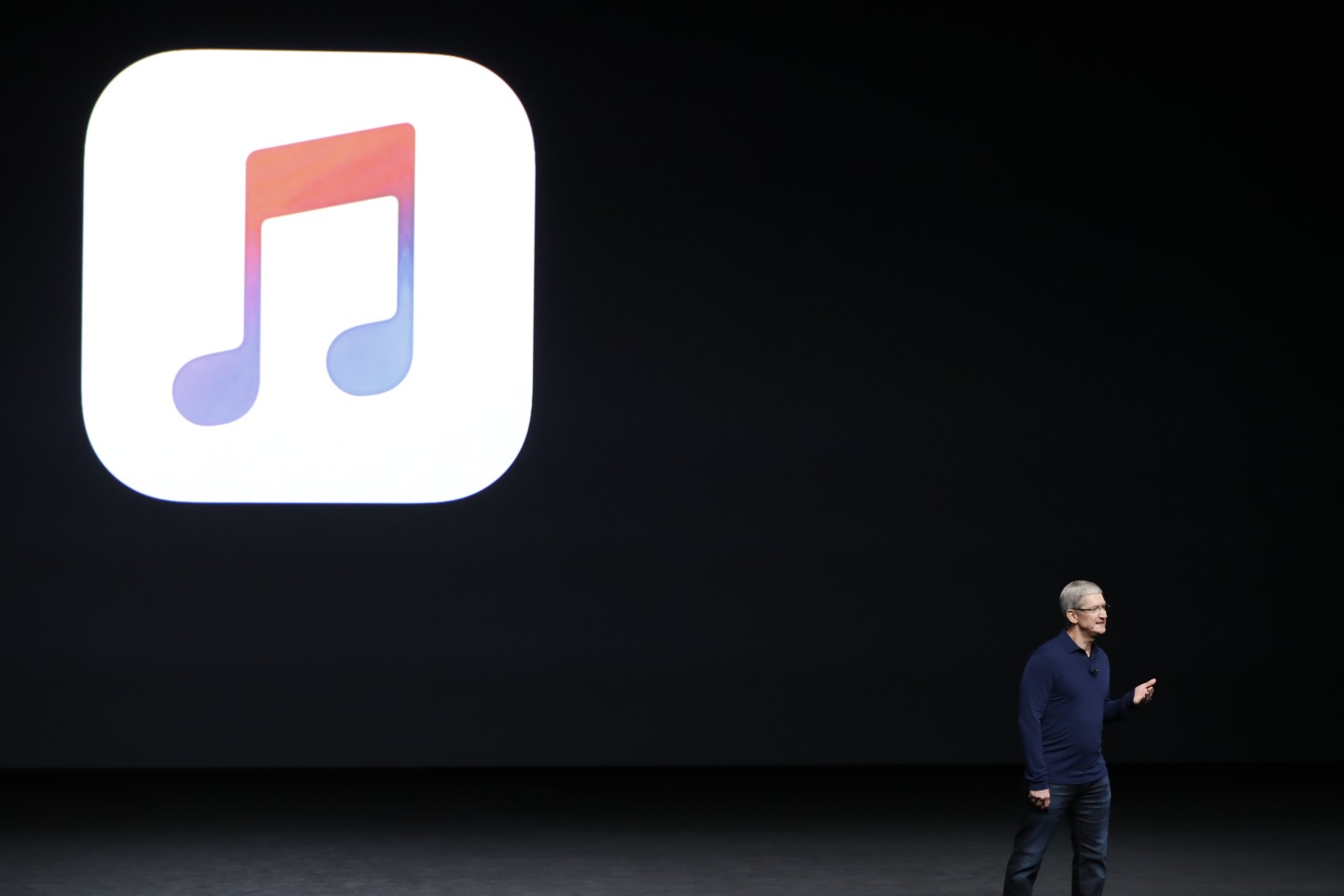 SAN FRANCISCO, CA - SEPTEMBER 07: Apple CEO Tim Cook speaks on stage during a launch event on September 7, 2016 in San Francisco, California. Apple Inc. is expected to unveil latest iterations of its smart phone, forecasted to be the iPhone 7. The tech giant is also rumored to be planning to announce an update to its Apple Watch wearable device. (Photo by Stephen Lam/Getty Images)
Photograph by Stephen Lam — Getty Images

Two longtime rivals have put aside their differences for the sake of music and money.

Microsoft said Thursday that Apple’s popular iTunes music app would be made available to people through the Windows Store by the end of the year. The news is noteworthy considering Microsoft’s new Windows 10 S operating system, essentially a a cheaper and streamlined version of its flagship Windows 10, will only let people download Microsoft-approved apps from the Windows Store.

Microsoft announced the news in Redmond, Wash. during its annual Build conference for developers.

The decision to bring the iTunes app is significant given both companies’ past reluctance to make that their respective services, like Microsoft Office, compatible with the other’s.

Bringing iTunes to the Windows Store helps improve the perception that Microsoft it is more open to working with other companies and technologies than previously. Microsoft also said Thursday that it would let people download three different versions of the Linux operating system from its Windows Store, which is a big change considering Microsoft once considered Linux a threat to its proprietary Windows operating system.

Apple stands to gain through the deal if more people are able to download iTunes to Windows-based personal computers and perhaps sign up to its Apple Music streaming service.

In 2015, Apple invited a Microsoft executive to demonstrate a version of its Office software for the iPad, which surprised technology analysts who’ve grown accustomed to seeing the two companies at each other’s throats rather than playing nice.