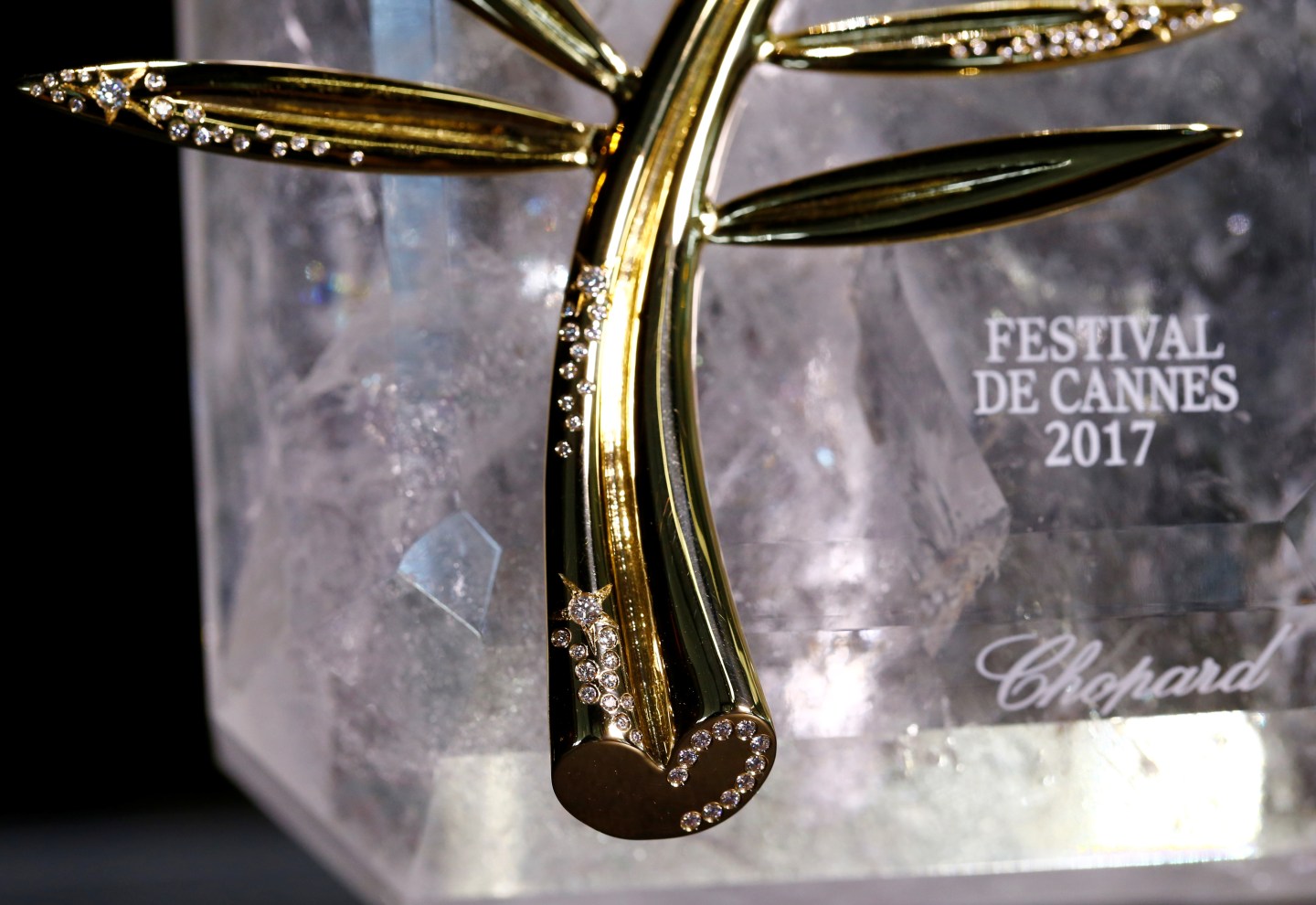 The Palme d'Or award of the upcoming 70th Cannes Film Festival is pictured during a photo call at Chopard headquarters in Meyrin, Switzerland May 1, 2017. REUTERS/Denis Balibouse - RTS14MKQ
Denis Balibouse REUTERS

Netflix, the U.S. video-on-demand company, will not be allowed to compete at the Cannes Film Festival after this year unless it changes its policy and gives its movies a cinema release, organizers said on Wednesday.

The 2017 festival, which begins next week, has Netflix films in its competition for the first time, a decision that angered the French movie theatre sector as the company said the films will only be streamed to subscribers and not shown in cinemas.

Festival director Thierry Fremaux had said he believed Netflix would arrange some kind of cinema release for the two films in competition – The Meyerowitz Stories and Okja – both highly anticipated, with stars that include Jake Gyllenhaal, Ben Stiller and Tilda Swinton.

But the festival said on Wednesday that no such deal had been reached, and while the two films would be allowed to remain in competition this year, thereafter no film would be accepted that is not guaranteed distribution in French movie theaters.

“The Festival is pleased to welcome a new operator which has decided to invest in cinema,” the festival said on its website in response to rumors that the Netflix films would be excluded at the last minute from Cannes 2017.

“(Cannes) wants to reiterate its support to the traditional mode of exhibition of cinema in France and in the world,” it continued, adding that from next year its rules would explicitly state any film entered for competition would have to “commit itself to being distributed in French movie theatres”.

In France, which proudly defends its culture and language against the global dominance of the United States, the decision is a victory for the traditional cinema distribution sector.

Since its launch in France, according to French movie magazine Premiere, Netflix has “declared war on movie theatres”.

Another U.S. streaming service, Amazon , also has a film in competition, Todd Haynes’ Wonderstruck, but has not been subject to the same opposition as it does screen its films at cinemas as well as online.