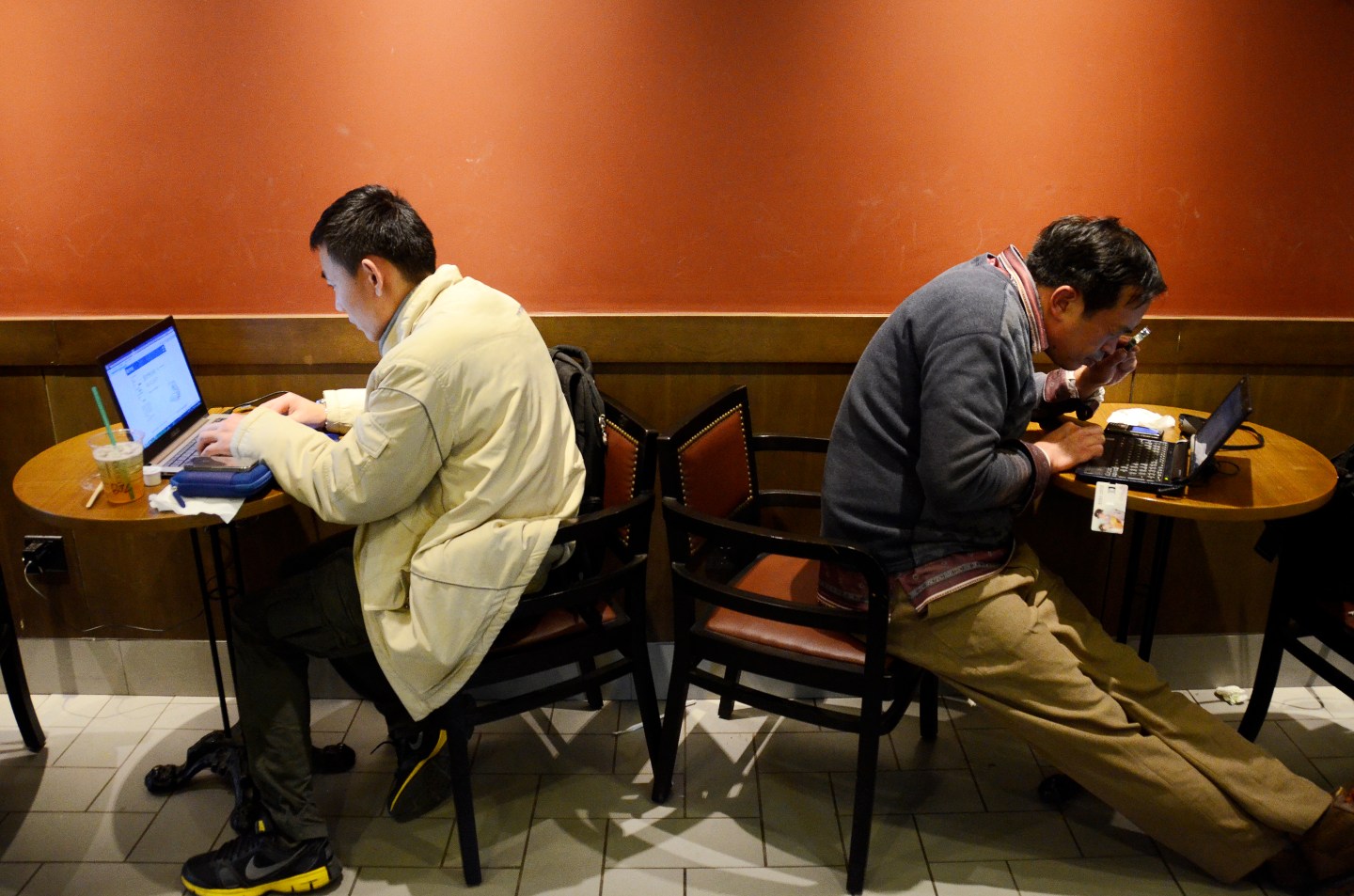 TO GO WITH China-politics-congress-Internet,FOCUS by Tom Hancock Two Chinese men use their laptop computers at a cafe in Beijing on November 2, 2012. China has witnessed explosive growth in Internet usage since the last Communist Party transition in 2002, with the online community of 538 million posing a huge challenge to the party's attempts to shape public opinion. AFP PHOTO / WANG ZHAO (Photo credit should read WANG ZHAO/AFP/Getty Images)
Wang Zhao—AFP/Getty Images

The Chinese government has tightened its grip over news distributed online and on social media, overhauling its Internet regulations for the first time in 12 years with sweeping new restrictions.

The South China Morning Post reports that China’s Cyberspace Administration will now require most online news and media outlets to obtain a license from the government.

Temporary measures enacted in 2014 already required licenses for news published on instant messaging platforms such as WeChat, according to the Post, but the rules did little to curb the spread of so-called “unofficial” media and news discourse.

China maintains tight control over the Internet, and is one of the world’s worst-ranking countries in terms of free speech. Reporters Without Borders, also called RSF, placed China fifth from the bottom in its annual Press Freedom Index, calling President Xi Jinping the “planet’s leading censor and press freedom predator.”

For more on the Internet in China, watch Fortune’s video:

Popular online platforms such as Google, Twitter, Facebook and YouTube are all blocked in China, as are the websites of some major international news outlets such as TIME, the New York Times, and the BBC. According to RSF, more than 100 journalists and bloggers are currently detained in the country.

Critics say that since Xi entered office in 2012, he has pursued an aggressive crackdown on the Internet, and last year saw a number of news agencies and web portals shut down by government regulators. Many netizens use a virtual private network, or VPN, to circumvent what’s known as “China’s Great Firewall,” though authorities this year implemented a ban on unlicensed VPN service providers.