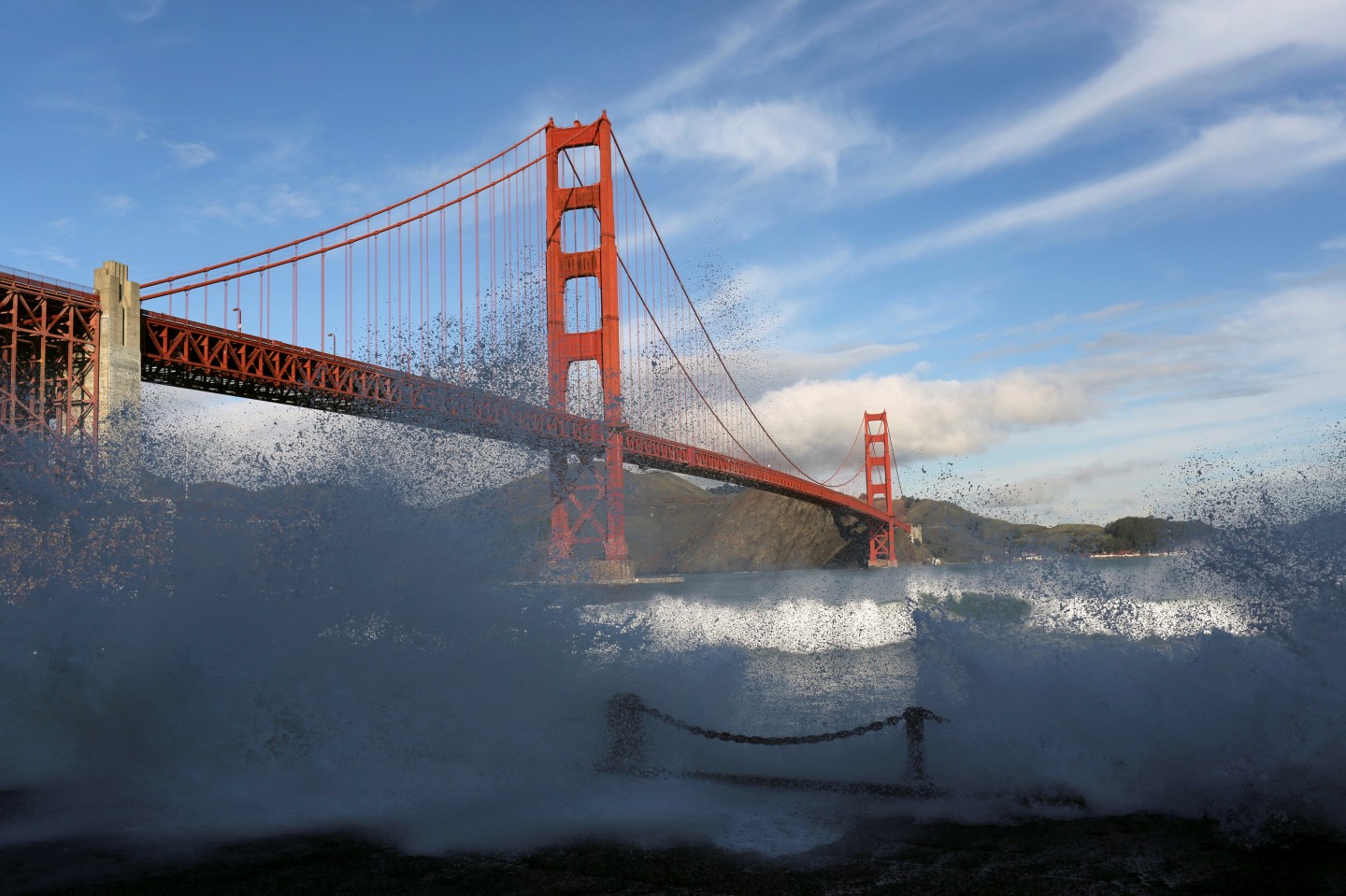 A power outage hit about 90,000 people on Friday morning in San Francisco, closing shops and snarling traffic in the city’s technology and finance center as a large swath of the financial district lost electricity.

Paul Doherty, spokesman for utility PG&E Corp, said there had been an incident at a San Francisco substation and a series of outages began affecting the city shortly after 9 a.m. (Noon ET). The utility said in a Twitter message later that it expected the outage to be fixed for most customers at 1 p.m. (4 p.m. ET).

The power cut did not affect San Francisco International Airport, and the U.S. Department of Homeland Security said through a spokesperson that the agency had not received any reports indicating that the outage was related to any security or terrorism incident. The spokesperson requested anonymity, citing department policy.

Office workers spilled onto city streets in the heart of the business district, milling about as traffic snarled, since stoplights were not working.

Trains streamed through the Montgomery Street station as the outage prevented them from stopping, Bay Area Rapid Transit said, while shopkeepers in the financial district sat in darkened stores, bereft of customers.

At Saint Francis Memorial Hospital in the Nob Hill neighborhood, all non-essential appointments and procedures had been canceled, spokeswoman Blair Holloway said.

“It’s pretty big, seems like half the city has no power. It’s a big deal. All our systems went down. We were in the middle of a trade, luckily we have cloud-based software so all the trades are saved and we’re going to have our people in Texas or New York execute it,” he said.

The outage affected central and northern parts of the city, according to the city’s Department of Emergency Management.