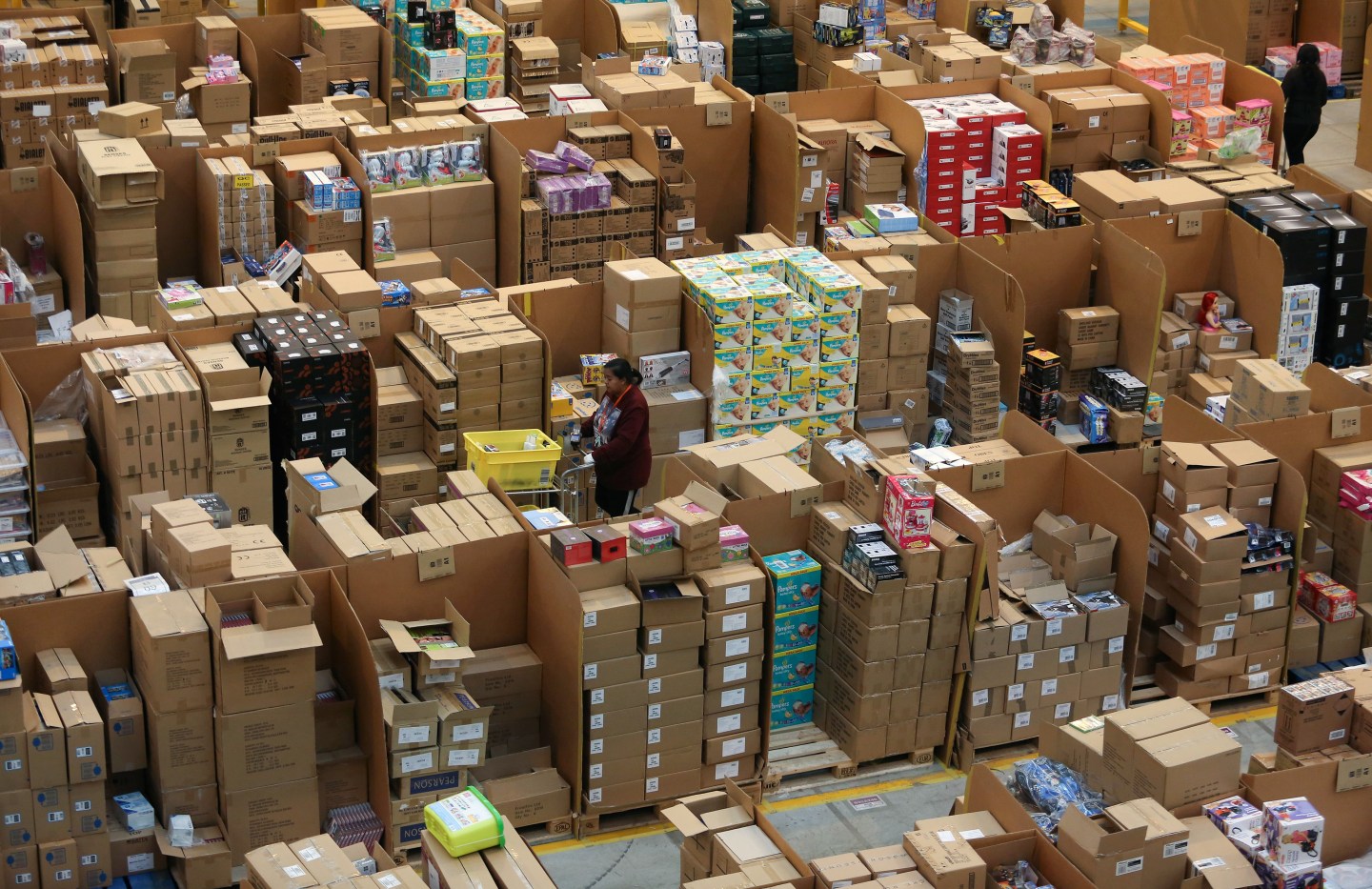 An employee pushes a cart past bays of merchandise as she processes customer orders at one of Amazon.com Inc.'s fulfillment centers in Peterborough, U.K., on Tuesday, Nov. 25, 2014. Online spending will account for about 13 percent of December sales, up from 12 percent a year earlier, according to forecasters at Deloitte LLP. Photographer: Chris Ratcliffe/Bloomberg via Getty Images
Chris Ratcliffe—Bloomberg/Getty Images

Global e-commerce juggernaut Amazon.com (AMZN) on Thursday said it will open its online shopfront service in Australia, ending rumors about its plans and increasing the pressure on the domestic retail sector to catch up with the digital economy.

The announcement fires the starting gun on a new era of competition between bricks-and-mortar and online retail in the world’s 12th-largest economy, where 80% of the population live in cities and more than 90% have home internet.

“The pie’s not really growing, so the natural conclusion is that the players in that market will have their market share reduced,” said Danial Moradi, an equity strategist at Lonsec Research.

Investors seemed to be taken by surprise by the timing of the announcement even though Australian retailers and consumers have long anticipated the arrival of the world’s biggest seller of goods.

The speculation grew in recent months when Amazon posted more than 100 advertisements for jobs in Australia, and it has registered hundreds of trademarks in the country.

The Seattle-based firm finally declared its hand by saying that, after offering its internet cloud service in Australia in 2012 and an online e-book store in 2013, “the next step is to bring a retail offering to Australia”.

“We are excited to bring thousands of new jobs to Australia, millions of dollars in additional investment, and to empower small Australian businesses through Amazon Marketplace,” the company said in a statement, referring to its online shopfront.

Daniel Mueller, an analyst at Forager Funds Management, said Australia was “ripe for picking” by Amazon because its retailers had lagged their global peers online.

About 7% of Australian purchases were online, while the rate in the United States, Britain and Germany was over 10%, he said.

The Australian operation would be the U.S. giant’s fourth Amazon Marketplace in Asia after China, Japan and India and its 12th globally. It has three Amazon Marketplaces in the United States and five in Europe.