White House Meeting on Paris Climate Deal Has Been Postponed 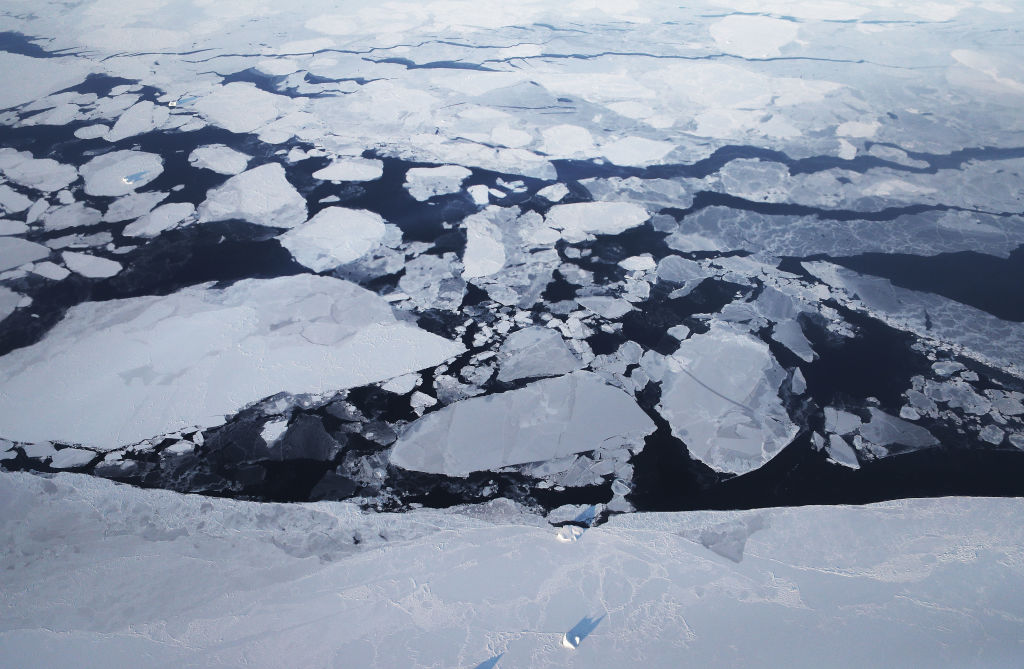 GREENLAND - MARCH 30: Sea ice is seen from NASA's Operation IceBridge research aircraft off the northwest coast on March 30, 2017 above Greenland. NASA's Operation IceBridge has been studying how polar ice has evolved over the past nine years and is currently flying a set of eight-hour research flights over ice sheets and the Arctic Ocean to monitor Arctic ice loss aboard a retrofitted 1966 Lockheed P-3 aircraft. According to NASA scientists and the National Snow and Ice Data Center (NSIDC), sea ice in the Arctic appears to have reached its lowest maximum wintertime extent ever recorded on March 7.Scientists have said the Arctic has been one of the regions hardest hit by climate change. (Photo by Mario Tama/Getty Images)
Mario Tama—Getty Images

A White House meeting that was to help determine whether the United States should withdraw from the Paris climate accord has been postponed, an administration official said on Tuesday.

Some of President Donald Trump’s top advisers, including Energy Secretary Rick Perry and Environmental Protection Agency head Scott Pruitt, were scheduled to meet on Tuesday to discuss how Trump should handle the 2015 climate deal.

The meeting was canceled because “some of the principals are traveling today,” the White Houseofficial said.

The meeting will be rescheduled, but no date has been set, the official said.

White House spokeswoman Sarah Sanders told reporters on Air Force One as Trump was returning from a visit to Wisconsin that the meeting “could be as soon as tomorrow, but I know that they’re working on trying to find a time that works for everybody.”

The accord, agreed on by nearly 200 countries in Paris in 2015 and ratified in 2016, aims to limit planetary warming in part by slashing carbon dioxide and other emissions from the burning of fossil fuels. Under the pact, the United States committed to reducing its emissions by 26 to 28 percent from 2005 levels by 2025.

Trump has said the United States should “cancel” the deal, but he has been mostly quiet on the issue since he was elected last November.

The White House has said it would take a position on the agreement before a summit of the Group of Seven wealthy nations in late May.