Karen Handel Has a Complicated History With Planned Parenthood. She Doesn’t Want to Talk About It 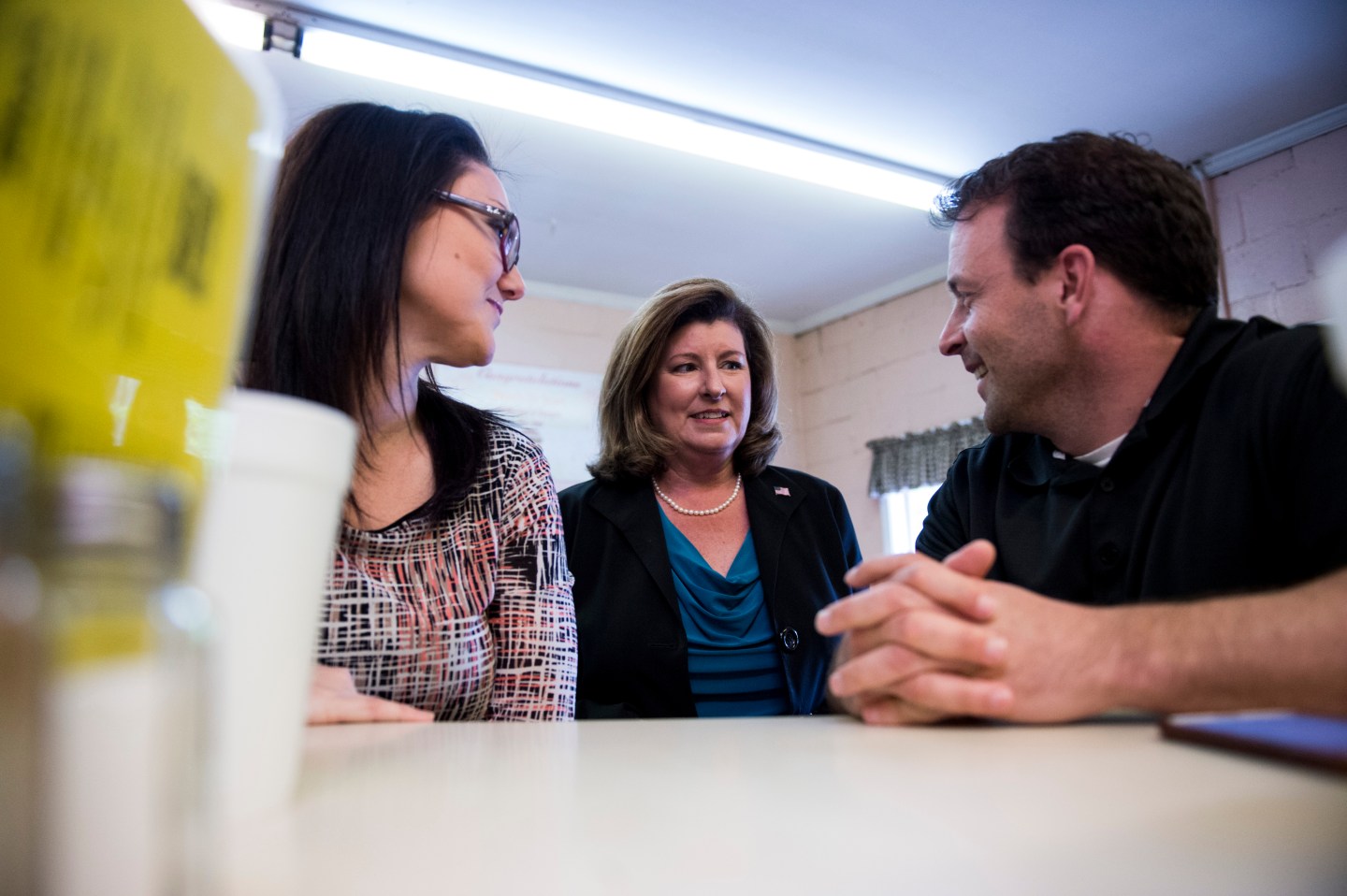 Karen Handel, the Republican who advanced to a runoff in the closely watched Georgia special election, has a controversial history with Planned Parenthood.

Handel, who will face Democrat Jon Ossoff in the June runoff, was a Senior Vice President at the Susan G. Komen Fund in 2012, when the organization sparked fierce criticism for its decision to revoke its funding for Planned Parenthood. That decision was quickly reversed, and Handel left Komen shortly after. But five years later, in the gender-charged political climate of the Donald Trump era, Handel is hesitant to revisit the issue.

During a telephone interview with Handel on Wednesday, a day after she topped 17 other Republicans to make the runoff, her spokeswoman stopped the conversation short when Fortune asked about Planned Parenthood, her work at Komen, and how she would work with the Trump Administration if elected.

Handel called back about 20 minutes later, and would not say whether she supports the Republican push to defund Planned Parenthood. She said she supports more funding for women’s health care, and that the best mechanism for that is local health centers. “I want women to have more access to quality care and the access to healthcare for women is not through Planned Parenthood, it is through community health centers across the state,” Handel said.

MORE What to Know About Karen Handel, the Woman Who Made the Georgia Special Election Runoff

Handel is running to represent the suburban Atlanta district long represented by Tom Price, who opposes abortion and is now Trump’s Secretary of Health and Human Services.

In January of 2012, the Komen foundation, which sponsors Susan G. Komen Global Race for the Cure, announced it was suspending funding for Planned Parenthood. Handel had been Senior Vice President of Public Policy for the organization since 2011. Shortly after, amid fierce backlash, the foundation reversed course. The Huffington Post, citing internal e-mails and one unnamed Komen insider, reported at the time that Handel was the primary force in the decision to pull funding. Handel soon resigned. She published a book about the experience in 2014, titled Planned Bullyhood: The Truth Behind the Headlines about the Planned Parenthood Funding Battle with Susan G. Komen for the Cure.

In her interview with Fortune, Handel reiterated points she made in the book — that she had done the job at Komen she was expected to do as Vice President of Public Policy, part of which included finding ways to disengage from Planned Parenthood. She has said that priority was based on financial reasons, not political ones.

Planned Parenthood is still holding Handel — who would be the first female Republican Congresswoman from Georgia — responsible for the imbroglio, calling her an “anti-health care extremist” in a statement following the results of the first round of the election.

“Handel does not understand what’s at stake for Georgia women and families, campaigning on an extreme agenda of blocking access to care at Planned Parenthood health centers and believing government should intervene women’s health care decisions,” said Candace Fowler, a Board Chair for Planned Parenthood Southeast Advocates.

In 2010, when she was running for Governor of Georgia, Handel wrote in a blog post: “Let me be clear, since I am pro-life, I do not support the mission of Planned Parenthood.”

But Handel did not reiterate that sentiment when pressed Wednesday about the bill Trump signed into law this month, which allows states to withhold federal funds from Planned Parenthood and other organizations that provide abortions. She only said the decision should be up to the state lawmakers: “That’s a state issue and our legislature will deal with it.”