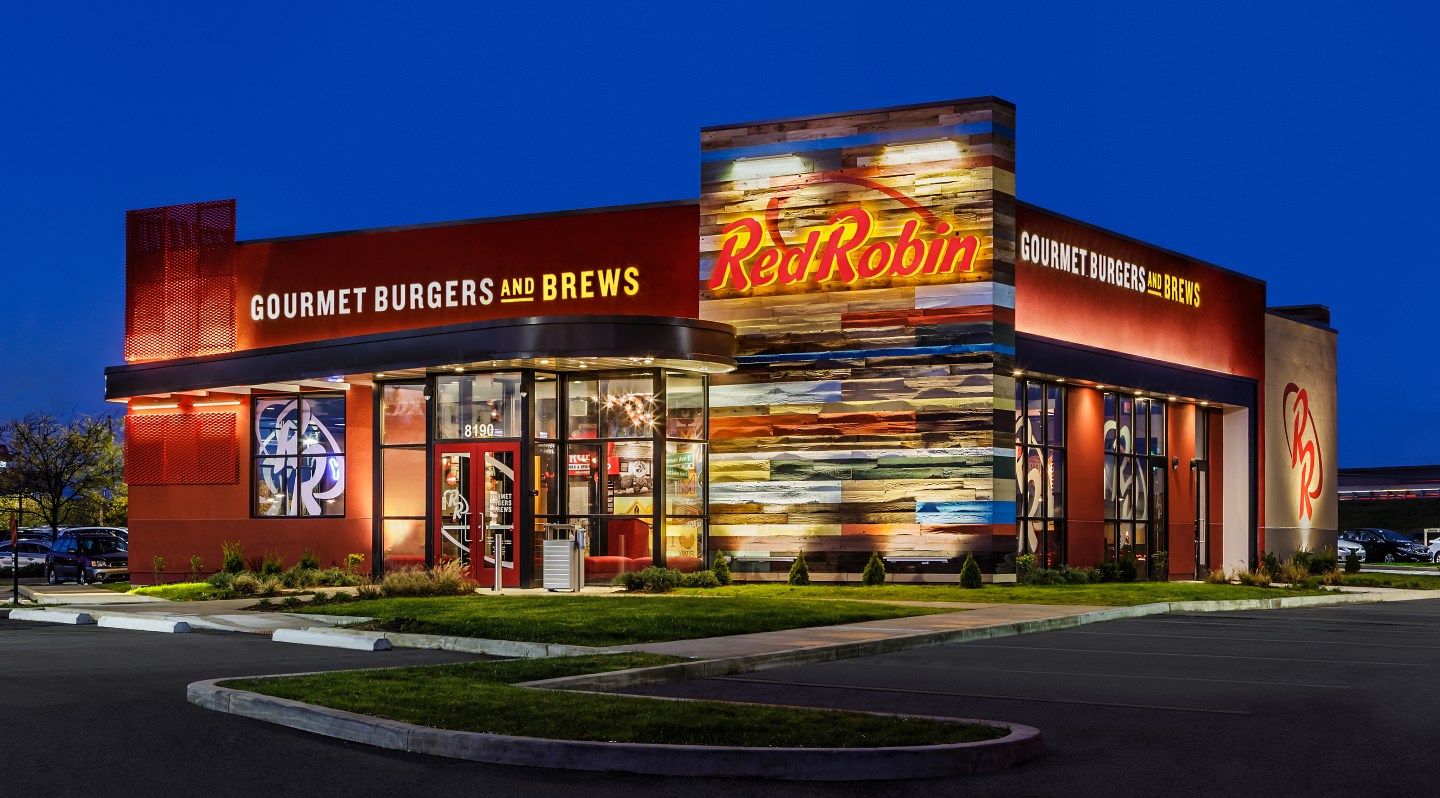 The casual-dining chain, which operates 550 locations across the U.S. and Canada, says online orders booked via redrobin.com will let diners place orders with a specific pick-up time, prepay for those orders, and also feature customization of the burgers in a way that mirrors the experience in the brick-and-mortar restaurant locations.

“Consumers want ease of access in the order process, order pickup and every step of that experience,” Jason Rusk, vice president of Red Robin’s (RRGB) alternative platforms, told Fortune in an interview. “The reason you are ordering online is because you don’t have time to sit down in the restaurant.”

Rusk is right in his view that consumers say they want to go online to place (and pay) for their restaurant orders. Orders booked via the web, mobile apps and text messages account for 1.9 billion food service visits, growing 18% last year according to research firm The NPD Group while overall traffic to restaurants actually dipped a bit in 2016. Dinner is often the meal that sees the most orders placed digitally, a trend that favors Red Robin’s burger-focused menu.

But NPD Group says that orders placed with a mobile app are growing more strongly, likely bolstered by the efforts digital leaders like Starbucks (SBUX) and Domino’s (DPZ) have made to make app-based ordering. The Red Robin offering is web-only (though also enabled on mobile if using a smartphone web browser).

Rusk said Red Robin opted not to add digital ordering capabilities to an app because casual dining chains don’t enjoy the steady pace of visits like Starbucks, which can become a daily habit for loyal coffee drinkers. “We won’t get the same user acceptance via a mobile app,” he explained. “I think we will evaluate over time if an app makes sense for us.”

Casual dining chains have started to embrace the trend of digital ordering in recent years, with DineEquity’s (DIN) Applebee’s and Brinker’s (EAT) Chili’s also debuting their own online ordering platforms in recent years. Like Red Robin, those two rivals also work with online and mobile ordering startup Olo to ensure the back end of the technology would run smoothly with their physical restaurants.

“61% of all restaurant industry transactions are not for food that’s consumed at the restaurant,” says Noah Glass, CEO of Olo. He says Olo aims to help restaurants think about the orders that consumers want to place when they want to visit a restaurant—but don’t actually want to sit down and eat at the restaurant. The goal for Olo and Red Robin is to ensure those orders are booked efficiently, especially when factoring in advanced orders, and can also be delivered to the customers smoothly when they arrive at the restaurant for pickup.

That’s a shift in thinking that presents both a challenge and an opportunity for all restaurant chains aiming to embrace digit. Throughout the industry’s history, the focus has been on menu innovation, building alluring restaurants that people want to visit, and training waitstaff. Now, they have to think about how to manage and scale up an e-commerce business that doesn’t always fit neatly in a brick-and-mortar retail location.

But the trend of digital ordering will only accelerate, forcing big players like McDonald’s (MCD) to think about what mobile ordering should look like as this trend becomes more pervasive.

While coffee purveyors, pizza chains, and fast-casual players have been among the earliest adopters, burger-focused chains have been late to the digital ordering game. Shake Shack’s (SHAK) mobile ordering app only went fully national in January. McDonald’s is still just really starting to talk about it publicly. And Red Robin is only jumping on the trend just now.

Experts have said there’s a perception out there that burgers just won’t hold up as well for delivery and to-go orders like coffee and pizza. But Red Robin disagrees with that assessment.

“People have told me in the past that hamburgers don’t travel well,” Rusk said. “But the number one item consumed off premise is a hamburger,” pointing to the particular success that fast-food chains like McDonald’s have had in selling their burgers to go.

A higher price point and more intricate burger from Red Robin would likely come with higher expectations than say, a $1 burger sold by Wendy’s (WEN). Red Robin says it is experimenting with packaging innovation to ensure the burgers it sells via digital ordering will retain their freshness and stay hot. That packaging isn’t finalized just yet, but the company says a national launch could be ready soon.

“For us, it is about making sure that our gourmet burgers travel even better than everybody else,” said Rusk.