Mitt Romney Really Did Have ‘Binders Full of Women’ 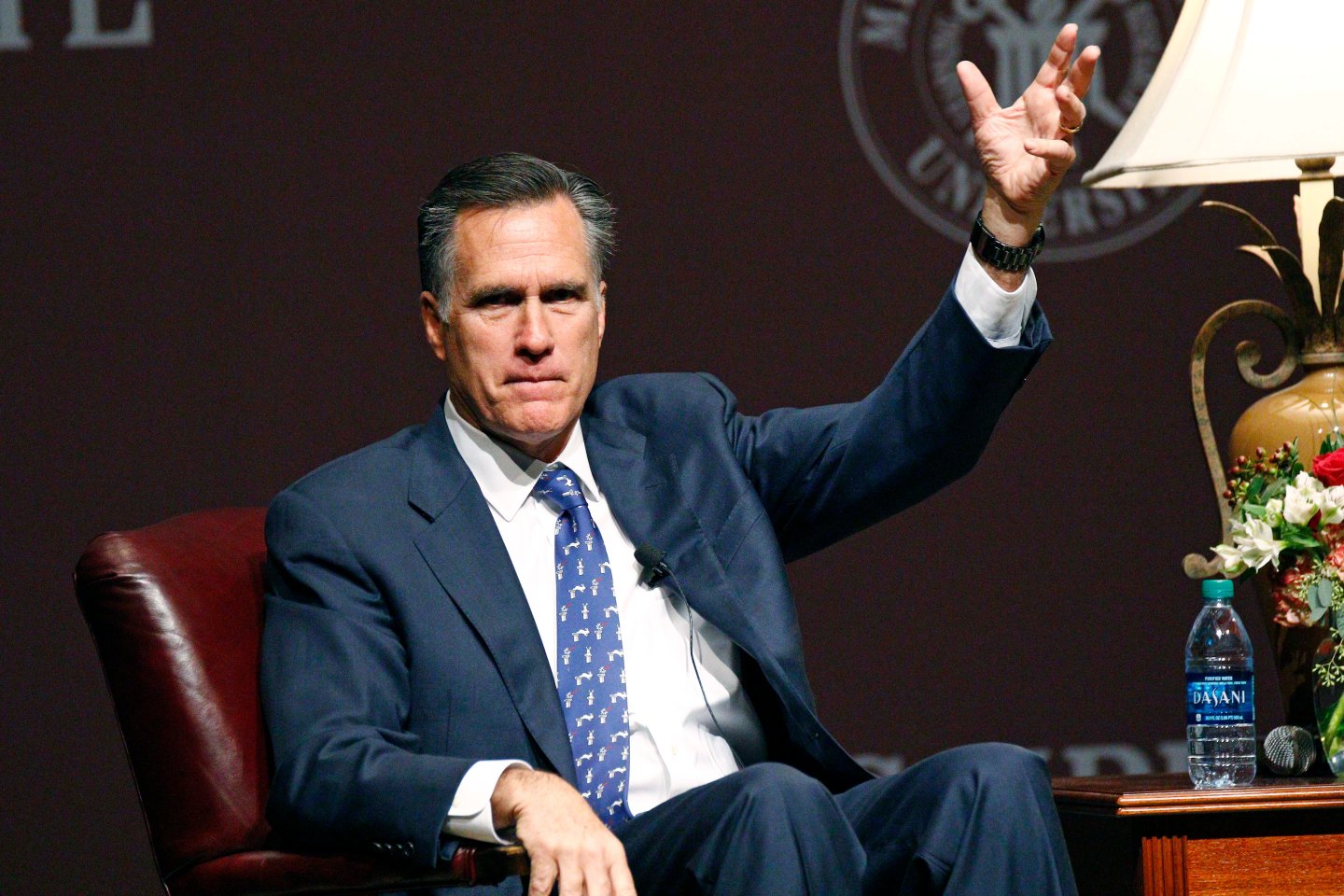 Former GOP presidential candidate Mitt Romney answers questions during a question-and-answer period following his address to the student body and guests in Starkville, Miss., Wednesday, Jan. 28, 2015. Romney joked about his time as a candidate and addressed a number of world issues including terrorism, world economy and domestically "the need for strong American leadership," and job creation for Americans. (AP Photo/Rogelio V. Solis)
Photograph by Rogelio V. Solis — AP

They may sound like the stuff of legends, but the “binders full of women” Mitt Romney infamously referred to during the second presidential debate in 2012, in response to a question about workplace inequality, actually exist.

Now the Boston Globe has revealed that Romney’s binders— which had their own hashtag and twitter account following his much-ridiculed comments— are real. According to the Globe, the two white three-ring binders, provided to the paper by a former Romney aide, weigh around 15 pounds, 6 ounces and are packed with nearly 200 cover letters and résumés.

During the 2012 debate, when asked whether he supported equal pay for women, the Republican candidate told an anecdote from when he was hiring his cabinet during his time as the governor of Massachusetts. “I went to my staff, and I said, ‘How come all the people for these jobs are – are all men?’,” Romney said. “And I said, ‘Well, gosh, can’t we – can’t we find some – some women that are also qualified?’… I went to a number of women’s groups and said, ‘Can you help us find folks; and they brought us whole binders full of women.”

Beth Myers, who was Romney’s chief of staff and later his presidential campaign manager, told the Globe: “He wanted to have his Cabinet and office staff well represented with women. We weren’t getting a ton of names… those résumés in the binders — they weren’t just used in the beginning to look for staff and put in a corner; we used them throughout, especially for boards and commissions.”