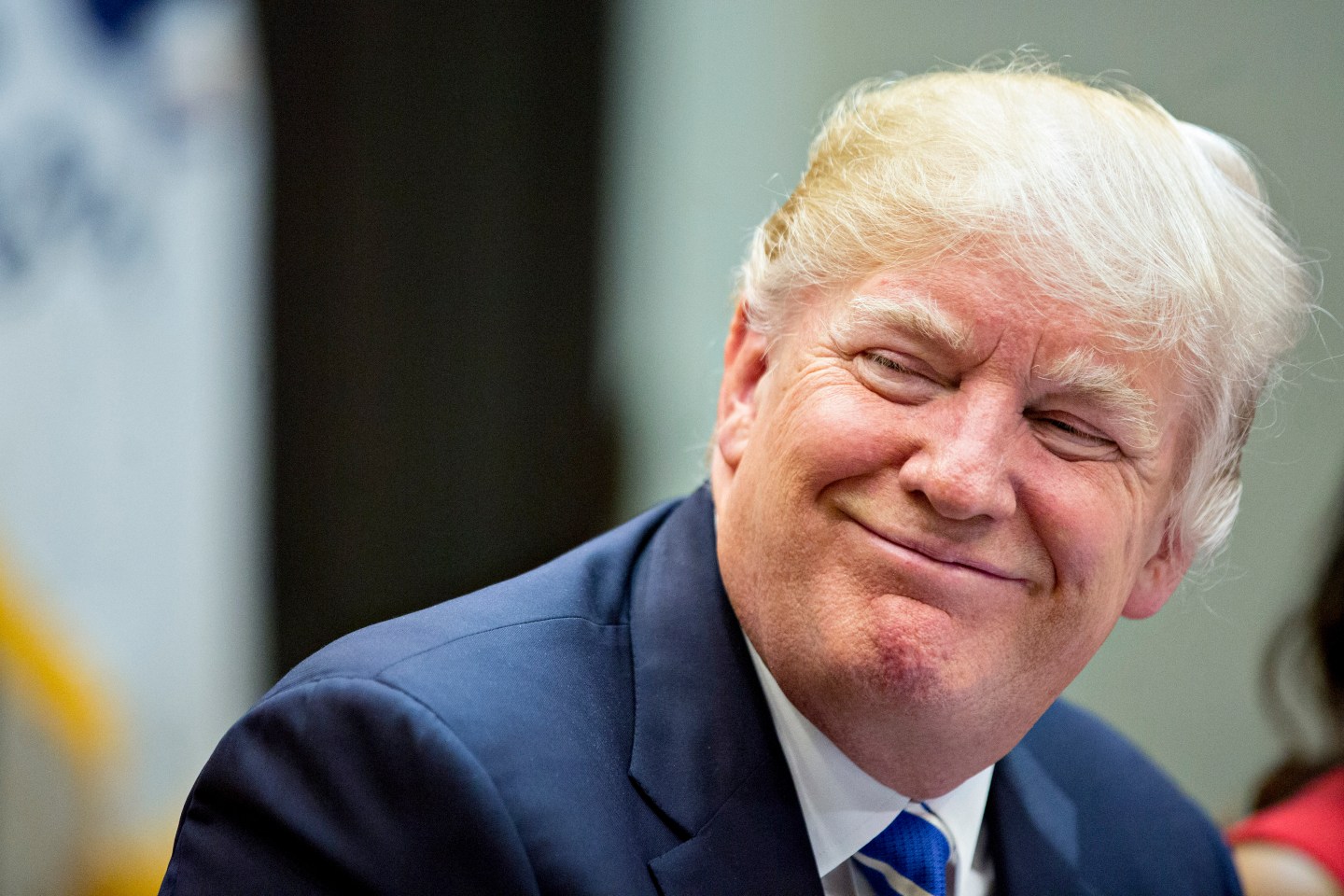 WASHINGTON, DC - MARCH 27: U.S. President Donald Trump smiles while meeting with women small business owners in the Roosevelt Room of the White House on March 27, 2017 in Washington, D.C. Investors on Monday further unwound trades initiated in November resting on the idea that the election of Trump and a Republican Congress meant smooth passage of an agenda that featured business-friendly tax cuts and regulatory changes. (Photo by Andrew Harrer-Pool/Getty Images)
Pool Getty Images

Voters still want to take a look at President Donald Trump‘s tax returns, according to a new poll, but interest in seeing the elusive documents is waning.

The Bloomberg/Morning Consult survey found that 53% of voters say Trump should be forced to release his tax returns but only 51% say Trumps taxes are important to them. The results were split largely along party lines, and only 45% of those surveyed thought the President’s taxes were relevant to his position as commander-in-chief.

Questions about the President’s tax returns have loomed since Trump broke with decades of tradition and refused to release them when he ran for office. Whatever glimpses the public has been able to take at his taxes have only come from occasional media reports.

Trump has long offered shifting explanations for why he won’t make his tax returns pubic, and earlier this year he said he doesn’t think the American public ares about them. “You know, the only one that cares about my tax returns are the reporters,” Trump said in January. “They’re the only ones who ask.”

That’s not exactly true: More than 1 million people have signed a White House petition calling for the immediate release of Trump’s taxes. On April 15, Tax Day, protesters will demand the President release his returns at a series of demonstrations planned across the country.

The online poll of 2,353 registered voters, conducted April 4-5, has a margin of error of plus or minus 2 percentage points.