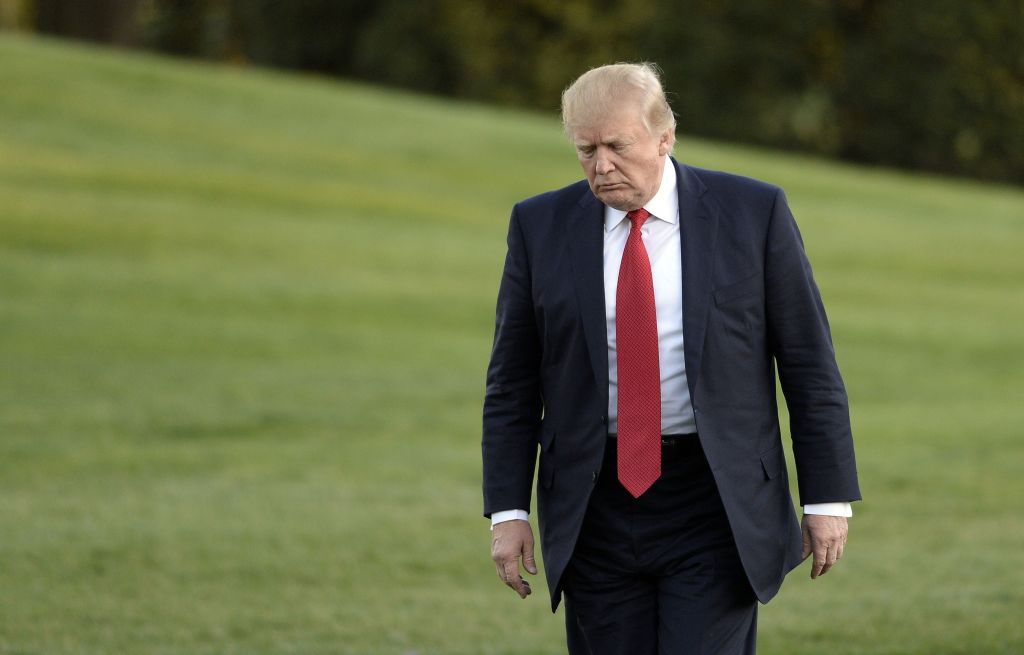 U.S. President Donald Trump walks on the South Lawn after returning to the White House in April 9, 2017 in Washington, DC.
Olivier Douliery—Pool/Getty Images

U.S. President Donald Trump is considering an executive order to launch a trade investigation that could lead to supplemental duties in certain product categories, a Trump administration official told Reuters.

Trump has made reducing U.S. trade deficits a key focus of his economic agenda to try to grow American manufacturing jobs. He has taken particular aim at renegotiating trade relationships with China and Mexico.

The new order, if issued, would seek to determine whether U.S. trade deficits for those product lines are the result of dumping of imported products below cost and unfair subsidies by foreign governments, the official said late on Sunday in Washington.

That could eventually lead to additional import duties, but any decisions on such punishments would depend on the probe’s findings, not “pre-determined conclusions,” said the official, who spoke on the condition of anonymity because the order was still being considered. The official did not specify which product lines could be investigated.

“The administration would use the results of that investigation to determine the best path forward, which could include everything from no action at all to the levying of supplemental duties,” the official said.

The Axios news website earlier quoted an official saying such an executive order would likely target steel and aluminum, two industries that are battling for more protection from Chinese imports. Axios said it also may target household appliances, where South Korean manufacturers with Chinese factories have gained market share.

The Trump administration official did not provide any details to Reuters on timing of the executive order, which would be separate from a March 31 Trump order authorizing a 90-day Commerce Department study of trade abuses and their effect on U.S. trade deficits.

News of the additional order comes two days after Trump’s first meeting with Chinese President Xi Jinping in Florida, where the two leaders agreed to launch a 100-day plan for trade talks aimed at boosting U.S. exports to China and reducing the U.S. trade deficit with China.

Trump during his election campaign had threatened punitive tariffs on Chinese imports and to declare China a currency manipulator. He has not followed through on either threat thus far.

The U.S. steel industry has already won extensive anti-dumping and anti-subsidy duties on imports from China and other countries and the aluminum industry is seeking similar protections. U.S. appliance maker Whirlpool Corp. has also won anti-dumping duties against Samsung Electronics and LG Electronics brand clothes washers made in China.

But U.S. Commerce Secretary Wilbur Ross and Trump’s nominee to be the top U.S. trade negotiator, Robert Lighthizer, have said they would work to find new trade remedies to stop unfairly traded imports.

Among options they are expected to explore are trade actions under Section 301 of the Tariff Act of 1930, a provision used extensively in the 1980s to raise tariffs and import quotas on certain Japanese products including steel and motorcycles.

Section 301 has largely gone unused since the World Trade Organization was launched in 1995.