Why America Should Care Who France’s Next President Is 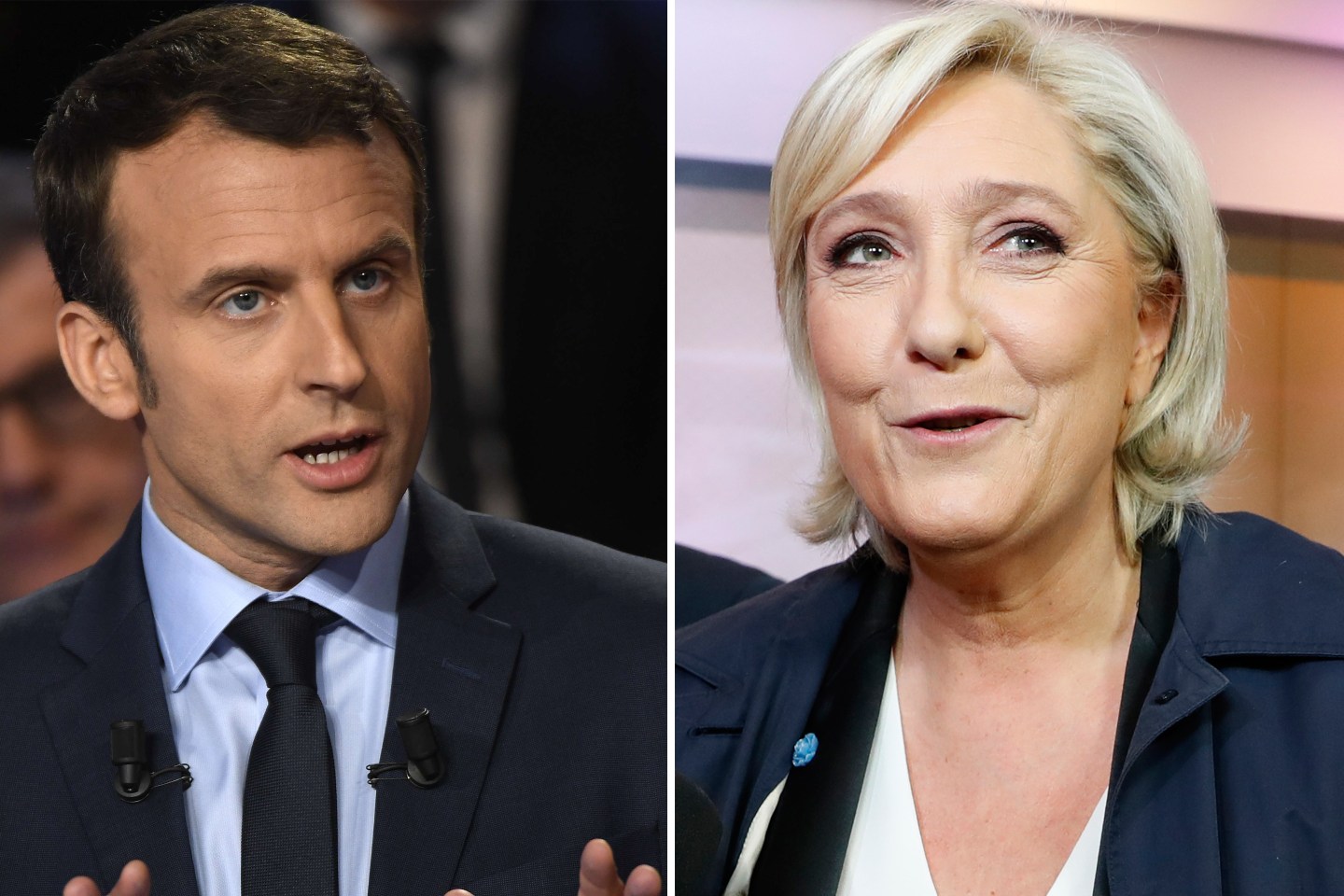 The French presidential elections are less than three weeks away and the outcome remains unpredictable. The elections will have significant consequences beyond France’s borders. One of the two leading candidates—Marine Le Pen—is a proponent of France’s leaving the European Union and abandoning the euro. Such a move would have serious consequences, imperiling the world economy and prosperity of the U.S.

Since the founding of the Fifth Republic in 1958, the French president has been from either the socialist or conservative party. Today less than one-third of the country is inclined to vote for these parties. Polls show that Marine Le Pen and former economy minister Emmanuel Macron are likely to take the top two spots in the first round on April 23, and that Le Pen would lose to Macron in the second round run-off. In France’s volatile political atmosphere, however, the outcome remains uncertain.

The candidates promise to take the EU in opposite directions. Le Pen is running on an anti-immigration, anti-EU, and anti-euro platform, while Macron supports the European project, pushing for further integration and a deepened relationship with Germany. France and Germany have been the key forces behind the development of the EU. A Le Pen win would lead to the collapse of that unity.

The French elections will thus have a significant impact on the EU’s survival and the future of the euro. While Brexit was a shock to the EU, the United Kingdom was not a founding country, has never been a driver of the European project, and does not use the euro. France, on the other hand, is strategically vital to the EU and the euro.

The U.S. would also feel the effects of a Le Pen win. The EU and U.S. are the two largest world economies with similar GDPs, and are each other’s largest trading partners. Furthermore, France is the second largest economy in the eurozone. The euro stands as the world’s second-largest trading currency, and accounts for 20% of global currency reserves, behind the U.S. dollar at 64%.

In 2015, the EU warned France that it had to keep its budget deficit in line with the European target of 3% of GDP. Le Pen’s platform argues that the Bank of France should directly finance the government, which would increase its deficit. This would put the euro at risk, since countries forgo use of national monetary policy when they adopt the euro. A Le Pen win would immediately trigger a sell-off of the euro and likely cause capital to leave the country. Both would lead to a sharp decline of the currency and disruption of European financial markets and trade.

A decline of the euro would then put pressure on U.S. exports, which would become non-competitive. U.S. importers would benefit as long as supply chains were not disrupted. Facing high volatility of the euro, investors would likely seek refuge in other hard currencies. A resulting dollar appreciation would make U.S. exports uncompetitive and imports cheaper, and increase pressure on countries with dollar-denominated debts, for whom repayment would become more difficult.

In anticipation of a euro crisis, financial markets and large companies in the EU have already taken initiatives to closely monitor their euro holdings. As European investors switch to safer European assets, the difference between German and French bond yields has been widening. In the process, the increased demand for German bonds has led their yields to fall below those of American bonds. Should Le Pen reintroduce a national currency, it would result in a sharper decline of the currency. The country would likely find itself having to print money to meet its government obligations, further declining the value of French bonds and increasing inflation.

Another major risk of a euro crisis is that it could spread to other countries—in particular Italy, whose banking system is near collapse, and of course, Greece, which is facing colossal debt repayments until 2059. In the absence of a European Central Bank should the eurozone dissolve, interest rates and bond yields would rise, making repayment of foreign debts harder and possibly leading to sovereign defaults.

American banks and market funds hold about $2 trillion in European banks; they would be at serious risk if these banks were to default. A collapse of financial institutions in the EU and U.S., very much along the line of the 2008 financial crisis, would require that banks’ capital be reorganized, possibly with the intervention of the European Central Bank.

The risks that these elections present to the U.S. illustrate the shift of the American economy from being relatively closed to more integrated. This change has brought many benefits, but also greater risks. Fear of these risks is one of the main reasons Donald Trump was elected U.S. president last year.

At a time when the United Kingdom has just filed its notice of departure from the EU, the French elections will be a further referendum on the continental union. American leaders might soon find that they aren’t able to disentangle the U.S. from the aftershocks of a Le Pen victory.

Claude J. Chereau is on the economics faculty of the University of New Haven.