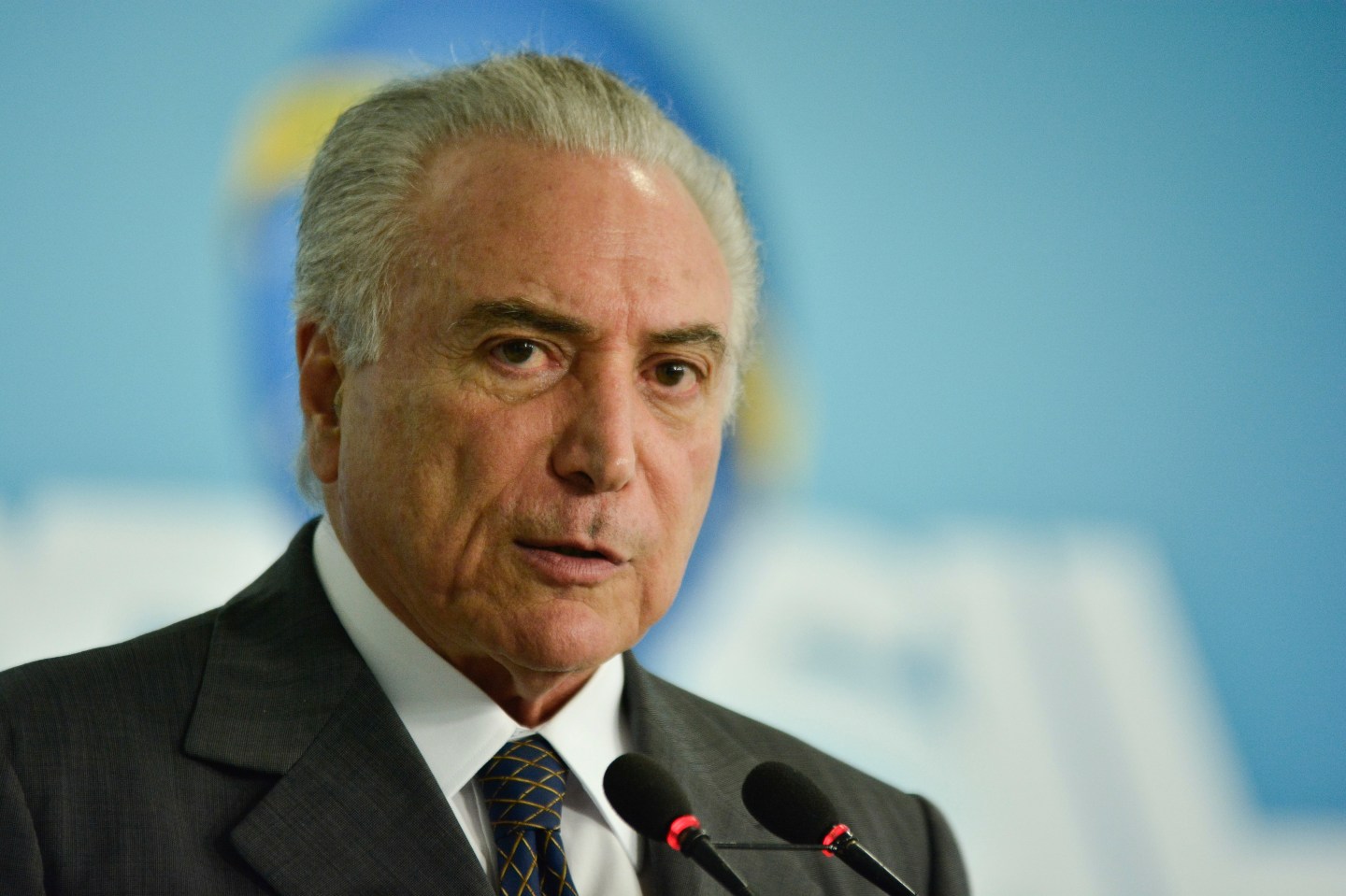 Brazil’s President Michel Temer would veto clauses of a bill that would force Uber (UBER) drivers to register with city authorities and turn the ride-hailing app into another form of conventional taxi service, a presidential aide said on Wednesday.

The president favors striking down the controversial articles of legislation passed by the lower house of Congress on Tuesday if they were not removed by the Senate before it was sent for his signature, said the aide, who was not authorized to speak on the matter.

Drivers, users and even the speaker of the lower chamber spoke out against the bill that gives cities more power over online ride-hailing services, particularly by classifying them as public transport – not a private service.

The changes would undermine the business model of Uber‘s online ride service in its second largest market by exposing the company to local taxation and raising costs.

In a statement Wednesday, Uber said the bill “applies antiquated rules to new technology” and would turn Uber into a traditional cab service.

The bill, which passed his chamber on Tuesday, is a “step back,” Speaker Rodrigo Maia said, because consumers have shown there is demand for the Uber service and taxis alike. He said he would urged Temer to veto the bill if it reached him unchanged.

“We need to have a balanced bill that preserves the taxis, preserves Uber and respects the interests of Brazilians who want both systems to co-exist,” he told reporters.

The bill is the latest challenge to Uber in Brazil, its second-largest market worldwide. The U.S. company has already lost battles in four cities where authorities successfully regulated or taxed the service and faced everything from blockades to physical assaults by taxi drivers, who accuse it of unfair competition.

If classified as a public transport service, instead of a technology company, Uber drivers would have to obtain permits from city authorities, who could levy taxes and require insurance and pension benefits for drivers, pushing up costs.

The company could also have to report the number of drivers it uses, a figure it does not normally disclose, for social security and other possible tax obligations.

Cities could also require vehicles to have special plates, like taxis, or even oblige drivers to install taximeters, an obligation that led Uber to decide to shut down services in Denmark on April 18 if a rule there is not changed.

Uber started in Brazil in 2014 and now operates in 50 cities. In the last three months, 13 million people used Uber, a spokesman said.

Cabify also criticized the ride-hailing bill, saying in a statement it would “make the model inviable.”

In addition to gasoline, maintenance and the 25% cut of revenues that Uber charges, a city license cost of 60,000 reais ($19,000) would drive him off the streets, he said.

“I think Uber will not be able to survive in Brazil. It will come to an end if this goes through,” Ribeiro said.