Has Theresa May Forgotten Her Feminism? 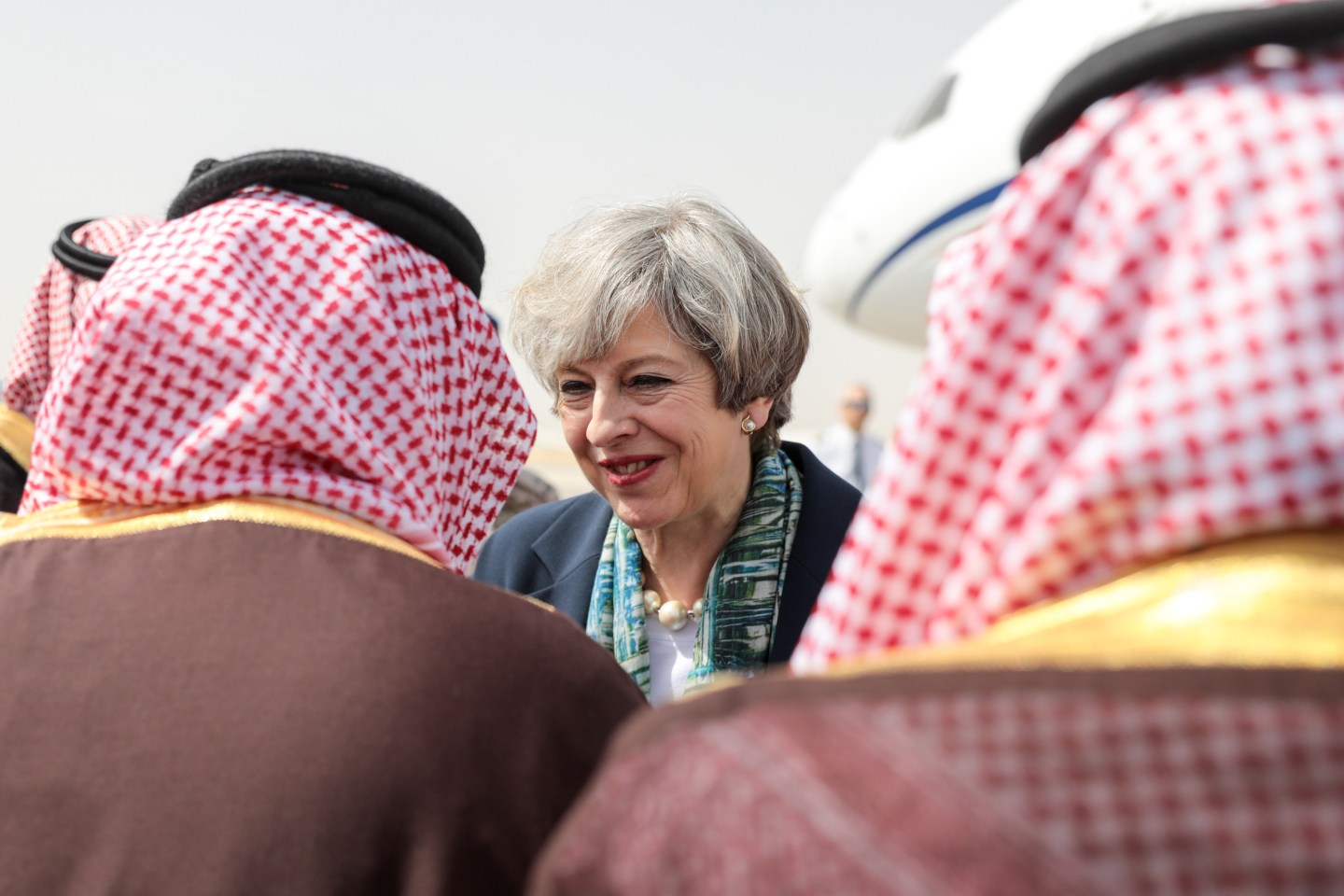 U.K. Prime Minister Theresa May is being praised for kicking off the second leg of her Gulf tour in Riyadh, Saudi Arabia yesterday by flouting the Foreign Office’s recommendations for female dress in the conservative nation. She stepped off the plane wearing loose trousers, a blue overcoat, and a light blue scarf draped around her neck, notably eschewing a headscarf for her meeting with the welcoming delegation. Her outfit has received praise for taking a stand against the regime’s curtailment of women’s rights and modes of dress.

May’s comments on the rights of Saudi women, meanwhile, were not nearly as pointed. She told reporters that she hoped her visit to Riyadh, where women still need permission from male guardians to travel abroad—and sometimes even to work and study—would set an example for Saudi women. Yet she did not indicate any plans to overtly criticize how the Saudi kingdom treats women. “I hope that people see me as a woman leader, [and] will see what women can achieve and how women can be in significant positions,” she said, adding, “It’s important for me as a woman leader and as leader of the government of the United Kingdom to maintain the relationships that are important to us as a country, for our security, and our trade for the future.”

May’s understated approach to pushing for women’s rights in the Gulf is characteristic of the way she’s tiptoed around the subject throughout her tenure at 10 Downing. For someone who once donned a “This is what a feminist looks like” t-shirt and founded an initiative to help Conservative women run for office, May’s subtle, small efforts to advocate for women as prime minister don’t merit much applause. Her efforts to cement a productive relationship with President Donald Trump by brushing off his derogatory comments about women, holding his hand, and prematurely inviting him to the U.K. for a state visit certainly didn’t do much to endear her to feminists, earning her the moniker “Theresa The Appeaser.”

Indeed, May doesn’t even seem to know if she still considers herself a feminist. When Vogue’s Gaby Wood asked her if she’d use the word to describe herself, May tried to laugh off the question, responding, “I haven’t thought about that for a very long time!”

While May has done much to advance women in politics, filling half her top cabinet positions with women, her party’s austerity policies will hit women the hardest; they’ll carry an estimated 85% of the burden of government changes to social services and taxes by 2020. May claims not to think much about what her legacy will look like. If she hopes to be remembered as an advocate for women around the world, it’ll take more than just dressing the part.