How the NCAA Could Be the Biggest Hero For LGBT Rights 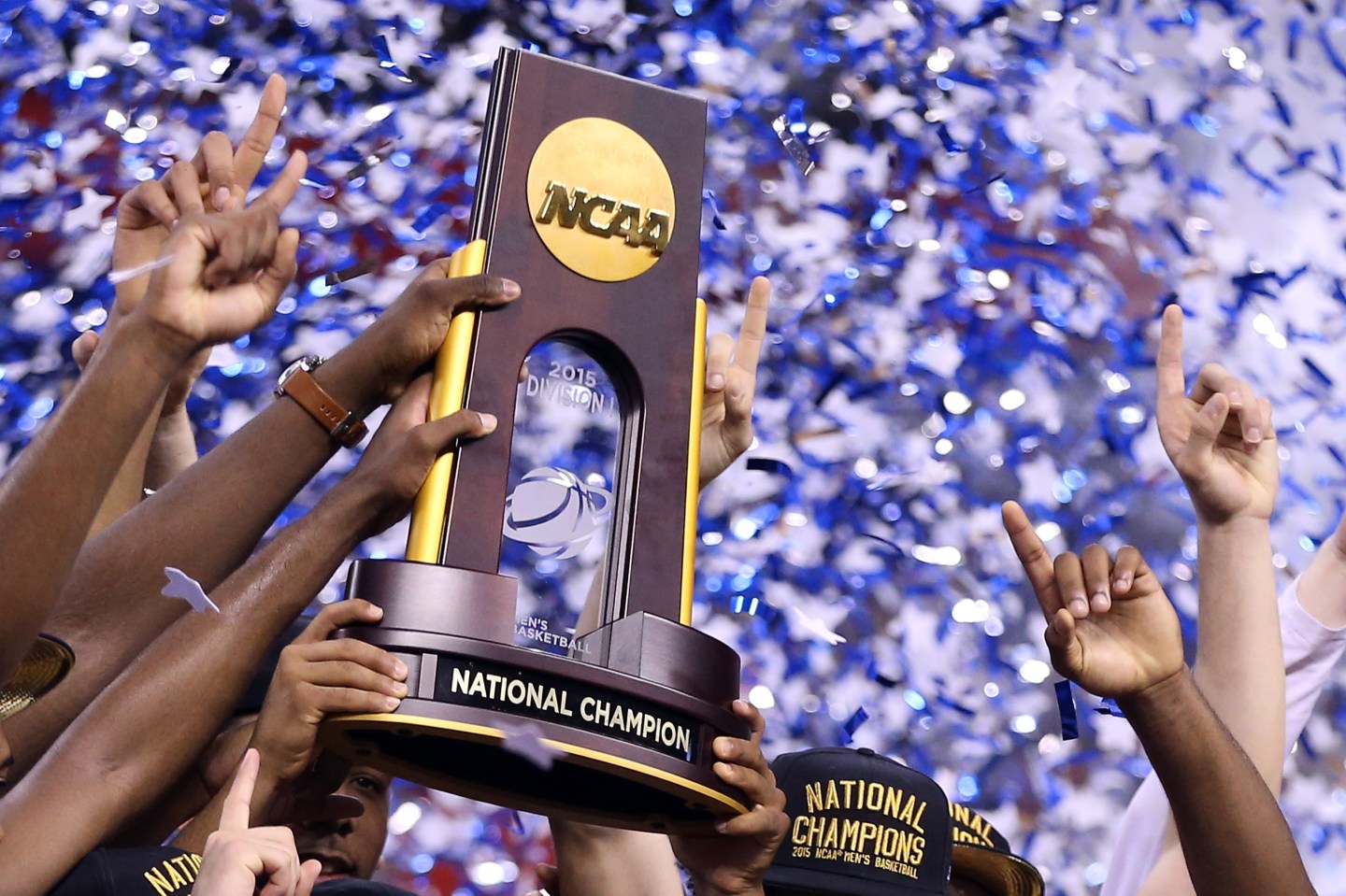 As the University of North Carolina men’s basketball team beat Gonzaga in the men’s basketball finals last night, there was a lot more at stake than a trophy. On Tuesday, the NCAA reluctantly lifted its ban on holding championship events in North Carolina less than a week after the state’s Legislature and governor repealed the so-called ‘bathroom bill,’ which prohibited municipalities from enacting anti-discrimination policies and required transgender people in government and public buildings to use the bathroom that corresponds with the gender on their birth certificate.

Just last month, the NCAA warned North Carolina it would not be considered for hosting championship games next year through 2022 if it did not repeal the so-called ‘bathroom bill,’ which led to boycotts of the state.

North Carolina stood to lose an estimated $3.6 million from lost businesses turned off by the bathroom bill, so the state passed a new law.

The problem was that the move was barely a repeal of the bathroom law at all. While officials no longer required citizens to enter bathrooms that match their birth certificates, the law prevents efforts to stop discrimination by prohibiting local governments from passing measures supporting the right of transgender persons to use the bathroom of their identity. What’s more, it temporarily banned municipalities from passing nondiscrimination ordinances to protect transgender individuals until 2020.

The new law must be seen for what it really is – a thinly veiled attempt to convince the NCAA and others that something has changed. It allows North Carolina to accept the injustices of discrimination for another three years while waiting to see how federal litigation involving transgender rights is resolved on the national level.

Hopefully, the NCAA Board will continue to exercise its considerable influence when it undertakes the final selection of host cities over the coming weeks. It still has the chance to continue taking a leadership role by demanding more from a state whose politicians need to learn how to play like champions – just like the University of North Carolina men’s basketball team.

Lauren Stiller Rikleen is president of the Rikleen Institute for Strategic Leadership and a Visiting Scholar at the Boston College Center for Work & Family. She is the author of the book, You Raised Us, Now Work With Us: Millennials, Career Success, and Building Strong Workplace Teams.