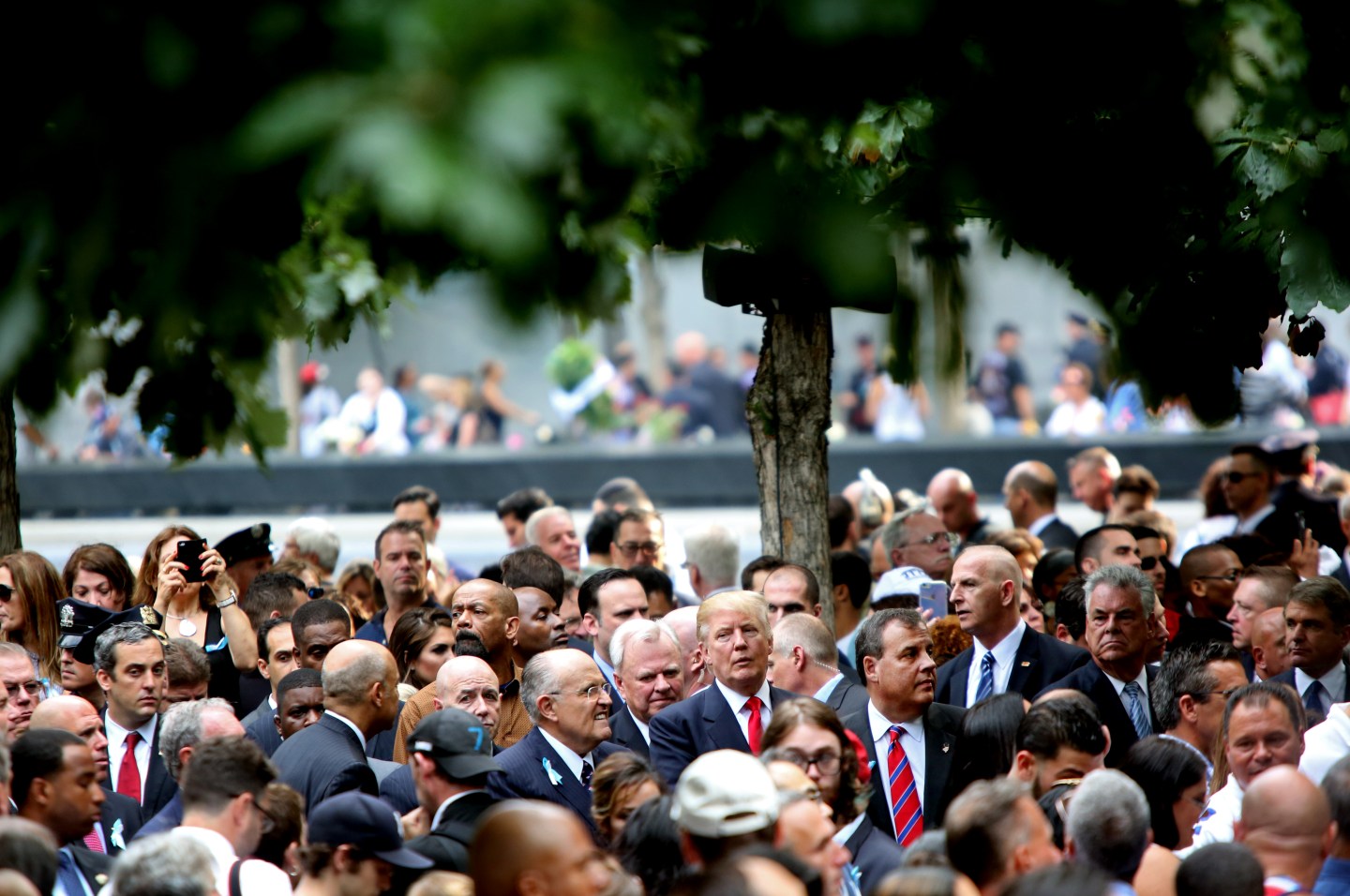 Now that relatives of the victims of the September 11th attacks have filed their lawsuit in New York, alleging that the government of Saudi Arabia and related Saudi charities gave material support to the mostly Saudi attackers, the Trump administration faces a new complication in its efforts to fashion a U.S. strategy for the volatile Middle East. But the U.S. should be wary of aligning too closely with any particular regional player.

During the presidential campaign, Donald Trump harshly criticized President Obama for his veto of JASTA, the Justice Against Sponsors of Terrorism Act, which allows friends and family of 9/11 victims to sue the Saudi Arabian government. Congress overwhelmingly overrode the veto, and now Saudi Arabian officials say they’re expecting Trump to repeal the law—assuming he now sees the wisdom of a friendlier alliance with the Kingdom. But will the famously erratic and unpredictable president actually do so?

Like so many other issues facing the president, who prefers simplicity, this one is also “complicated.” Trump sees “Islamic terrorism” as the major security problem, but is Saudi Arabia really part of the problem? Of course, the Saudi government has declared its opposition to ISIS, Al-Qaeda, and other Islamist organizations—and yet, there is the considerable circumstantial evidence that Saudi non-governmental groups (like charities and schools), or even quasi-governmental organizations, have provided ideological and/or financial encouragement to extremist groups—as the JASTA lawsuit alleges.

Last month, Mohammad bin Salman, the Kingdom’s deputy crown prince, dropped by the White House and stayed for a formal lunch with the president. Not only is the 31 year old King Salman’s son, but he’s become the driving force for change in the Kingdom—ruffling a lot of royal feathers along the way.

Saudi accounts of the meeting were almost euphoric: There was now to be a “reset” in the fraught U.S.-Saudi relationship of the last administration, when President Obama was pursuing a deal with Iran to limit its nuclear activities. The Saudi rulers seemed not to be bothered by the Trump campaign’s Islamophobic rhetoric and his use of “Islamic terrorism” (the same might not be said for many ordinary Saudis). In addition, the Saudis are dangling a substantial financial carrot—promises of major investments in the U.S., which would be music to the ears of politicians and businesspeople craving massive infrastructure development.

The JASTA plaintiffs obviously want Trump to continue to offer his support for the lawsuit, while the Saudis want him to repeal JASTA (which is beyond the president’s constitutional powers). Do the benefits of ideological consistency—reiterating a position that has broad congressional and popular support—outweigh the costs of Saudi unhappiness, including the withdrawal of those financial carrots? On the other hand, do the benefits of cozying back up with the Saudis come at a serious price in terms of domestic support?

My guess is that Trump will invest more political and military capital in the Saudi regime and downplay further endorsement of the JASTA cause. This is not to say that the administration is entirely happy with its Arabian partner—Saudi Arabia is no Great Britain, and by all accounts, there was no sign of an emerging “bromance” between Trump and the prince at their lunch (he apparently doesn’t exude the charm of Vladimir Putin). Still, given the messy reality of the Middle East, the Trump administration has likely concluded that a constructive relationship with the Kingdom’s rulers must take priority over qualms it might feel over the “support for terrorism” charge, domestic human rights issues, and Saudi policies in the region—notably the war in Yemen.

As a global power, the U.S. has many interests throughout the Middle East, and they may not always align with Saudi Arabia’s. And some observers caution that the stability of the regime itself under Prince Mohammad bin Salman may be in question, given its domestic burdens (a substantial budget deficit, cutbacks on many perks enjoyed by Saudi citizens, below-par oil prices, and youth unemployment) as well as external burdens (the costs of running the Yemen war without much success). The inexperienced but impetuous young Saudi leadership unwisely embarked on a military campaign to deal with the rise of the Yemeni Houthis, with disastrous human results: Many thousands of Yemenis have been killed or injured in Saudi airstrikes (supported to a degree by U.S. military advisors), widespread food shortages have led to near famine conditions, and buildings and infrastructure have been destroyed.

The U.S. under Obama offered limited support in the fight against Yemeni rebels from the North, tempered with concerns over the human costs. Trump, on the other hand, is increasing military aid for Saudi Arabia and ramping up U.S. strikes against Al-Qaeda in Yemen. All of this is generating anger amongst Yemeni, Arab, and Muslim public opinion against America. Yemen, in many ways, is the Afghanistan of the Middle East: Does Washington really want to enter into another unwinnable war?

And then there’s Iran. For the Saudis, it’s difficult to know whether Iran or ISIS is the greater threat, and perhaps this is also true of the Americans. The Saudis worry about Iran’s ability to agitate beleaguered Shiite populations in eastern Saudi Arabia (where the oil is), Bahrain, Kuwait, and the UAE. And they really worry about Iran’s influence over Iraq. The U.S., too, has had a rough relationship with Iran—it supported Saddam Hussein’s Iraq in its eight-year war against Iran, and it was a member of George W. Bush’s “axis of evil.” But Washington under Obama recognized that Iran, by virtue of its size, weight, location, and power, must be dealt with carefully.

Under Trump, even with his singular focus on the military, Washington surely does not want to become embroiled in a war with Iran, considering its ongoing military involvements in Afghanistan, Iraq, Syria, Somalia, and now Yemen. Indeed, in Iraq, the U.S. and Iran are “frenemies” in the campaign against ISIS, and in Syria, Washington reluctantly recognizes that Iran will have to be part of a political solution. Even though Trump has condemned the Iran nuclear deal, it is in America’s interest to keep the lines open to Teheran, however annoying that may be to the Saudis.

Most Middle East analysts agree that the region’s various conflicts can only be effectively addressed through diplomacy and political initiatives rather than strictly military means. As still the world’s only global superpower, the U.S. should be initiating and leading efforts at political solutions to the region’s multiple and interactive conflicts.