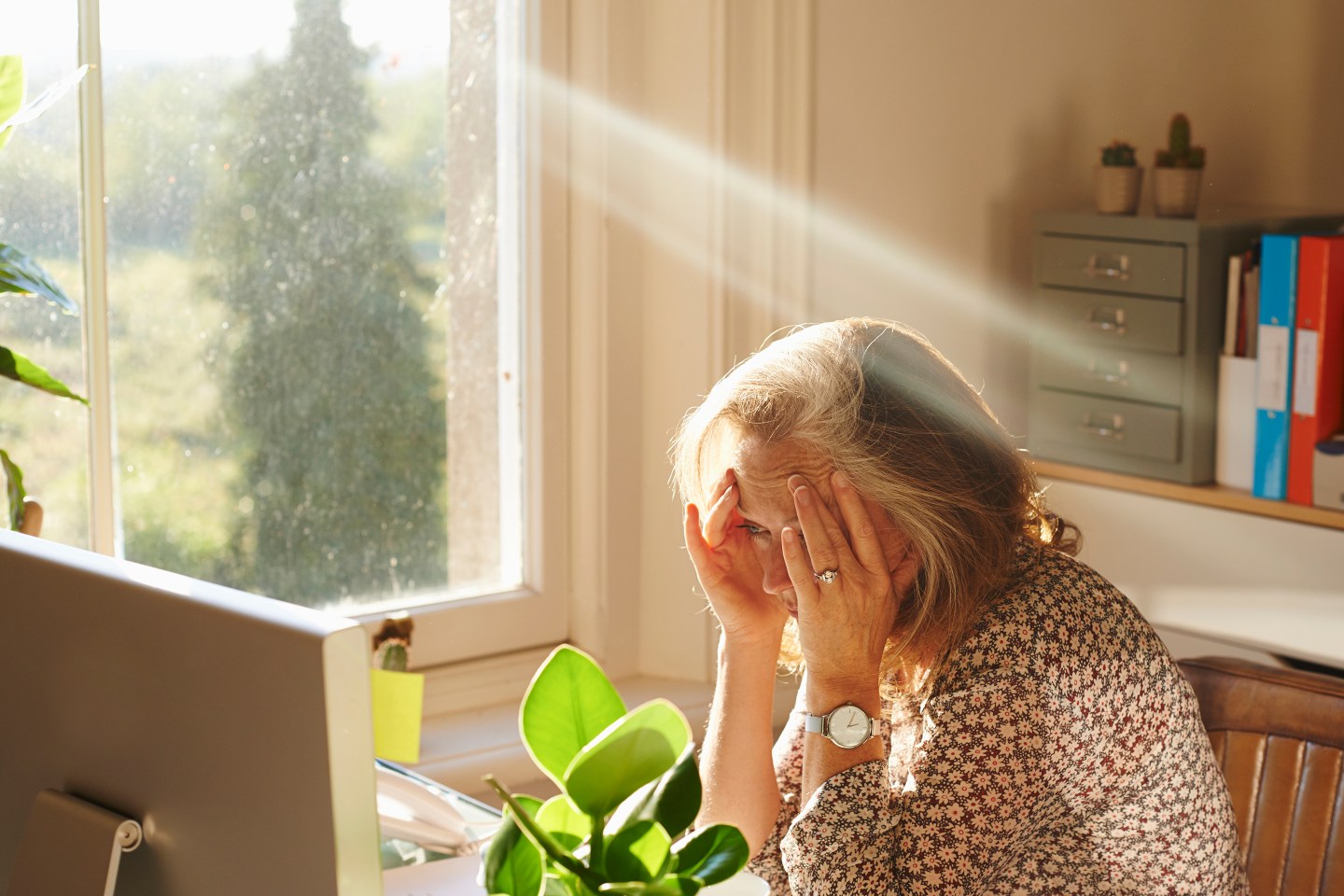 The MPW Insiders Network is an online community where the biggest names in business and beyond answer timely career and leadership questions. Today’s answer for, “What advice would you give to women who hope to make it to the C-suite?” is written by Linda Celestino, vice president of guest services at Etihad Airways.

Seek out a mentor
The first real piece of advice I received in my career was to seek out a strong female mentor whose career path I could emulate. Many women try to make things happen on their own as a way to prove their worth. While being your own advocate is certainly important, it’s just as important to find someone to advocate on your behalf.

Since there aren’t many women in leadership positions in the airline industry to begin with, this was a challenge for me at first. After some time, I became aware of a female executive about two to three levels above me with a reputation of being fierce and bold. While intimidated by her, I knew I had to meet her.

The opportunity came spontaneously one time when a coworker pointed her out at an airport. I seized the moment and introduced myself, asking if she could make some time to talk with me in the future. I always made sure to put all of the hard work of growing the relationship on me and respected her busy schedule. My relationship with her was invaluable to my growth as an executive and truly changed my life. She is still a trusted advisor to me, even 33 years later.

This is something men tend to do exceptionally well. They seek out other powerful men and establish relationships that they see as being potentially advantageous down the road. For men, finding an advocate is a natural process, whereas women are more conditioned to view it as disingenuous. But in many ways, mentoring is the exact same thing as leveraging relationships, so try to think of it that way.

Be confident
Just as my mentors became pivotal in my career, I’m proud to be stepping into that role by launching a mentoring program in my own organization. As I speak to younger and older women alike, one commonality has presented itself: a lack of confidence. Women often confuse confidence for arrogance. Dialing themselves down a notch for fear of being referred to as arrogant in the workplace is all too common.

See also: 3 Simple Ways for Women to Get to the C-Suite

Arrogance is built from shame and insecurity. Confidence is built from knowing you can get things done. Women can bring confidence to the table knowing that the C-suite is not necessarily all divide and conquer, all command and control. The “softer skills” of communication—the ability to identify the bigger picture, build relationships, and influence others to deliver a common goal is just as important as experience when it comes to making it in the C-suite.

It’s clear that the brilliant, capable, intelligent women around us are on par with our male colleagues in all arenas except this one. Simply put, many women underestimate their abilities, while many men overestimate theirs.

Open your mind to new norms
Originally from Australia, I grew up in a very multicultural environment, and I accredit much of my professional success to learning how to successfully navigate and gracefully adapt to cultures different from my own. Adaptability may be the single most important trait for finding success in our rapidly changing world. As my career has taken me around the planet, I’ve learned to not be offended if I outstretched my hand, only for it to not be accepted in return. Instead of seeking Western-focused cues like smiles and nods, I’ve relied heavily on other pieces of body language to gauge how my ideas are being received to measure the success of my interactions. It’s common for men to refrain from physical contact, such as handshakes, with women in the Middle East, and in China, steady eye contact can be viewed as inappropriate.

Some cultural differences can be glaringly obvious and others can be much more subtle. I knew immediately coming to the Middle East from Australia that adaptability would be one key to my success. Continuing the cultural norms I was used to previously would not allow me to develop strong relationships with my teammates, which are critical in business. I adapted by listening and watching everyone around me, and adjusting my cultural perspective accordingly. This included thinking about what behaviors I needed to mirror. The ultimate goal is to find a way that your team can really connect with you so you can establish shared values.

Be bold
When a professional opportunity presents itself, you have to raise your hand, even if you feel unprepared to take it on. This can be challenging, since as women, it’s in our nature to want to be 100% capable before we put our hands in the air. I made the decision early on that I wasn’t going to hesitate when presented with the opportunities to prove myself, and I don’t regret it. I don’t want to know I can do everything to perfection, but instead seize the opportunities placed in front of me, like many men would. Sometimes, good enough is good enough. The reality is that throughout my 30-year career, I’ve never under-delivered. I have been stretched, have had to regroup, and taken many leaps of faith, but never under-delivered.

I started out in a cabin crew, then rose through the ranks in an operational environment, eventually ending up in a senior position. I was following a clear path. Then, one day I was asked whether I thought I could head up an entire product development division. Before I could even fully process the question, I answered, “Of course I could.” The doubts came later, when I started thinking the position required knowledge outside of my experience, but I decided to move forward anyway. I had a gut feeling of what I wanted to accomplish and gave it my all—moved my family, changed airlines, and dove in.

It turned out to be a successful move, and I realized all of those other roles I had were stepping-stones to this shift in my path. The role I have today is my dream role, overseeing the entire guest division, from product development to implementation. I could never have made it here if I didn’t start out where I did or decide to make some bold moves along the way.

If we could encourage more women to take these leaps of faith in their careers, I know we would be welcoming more women into the C-suite.