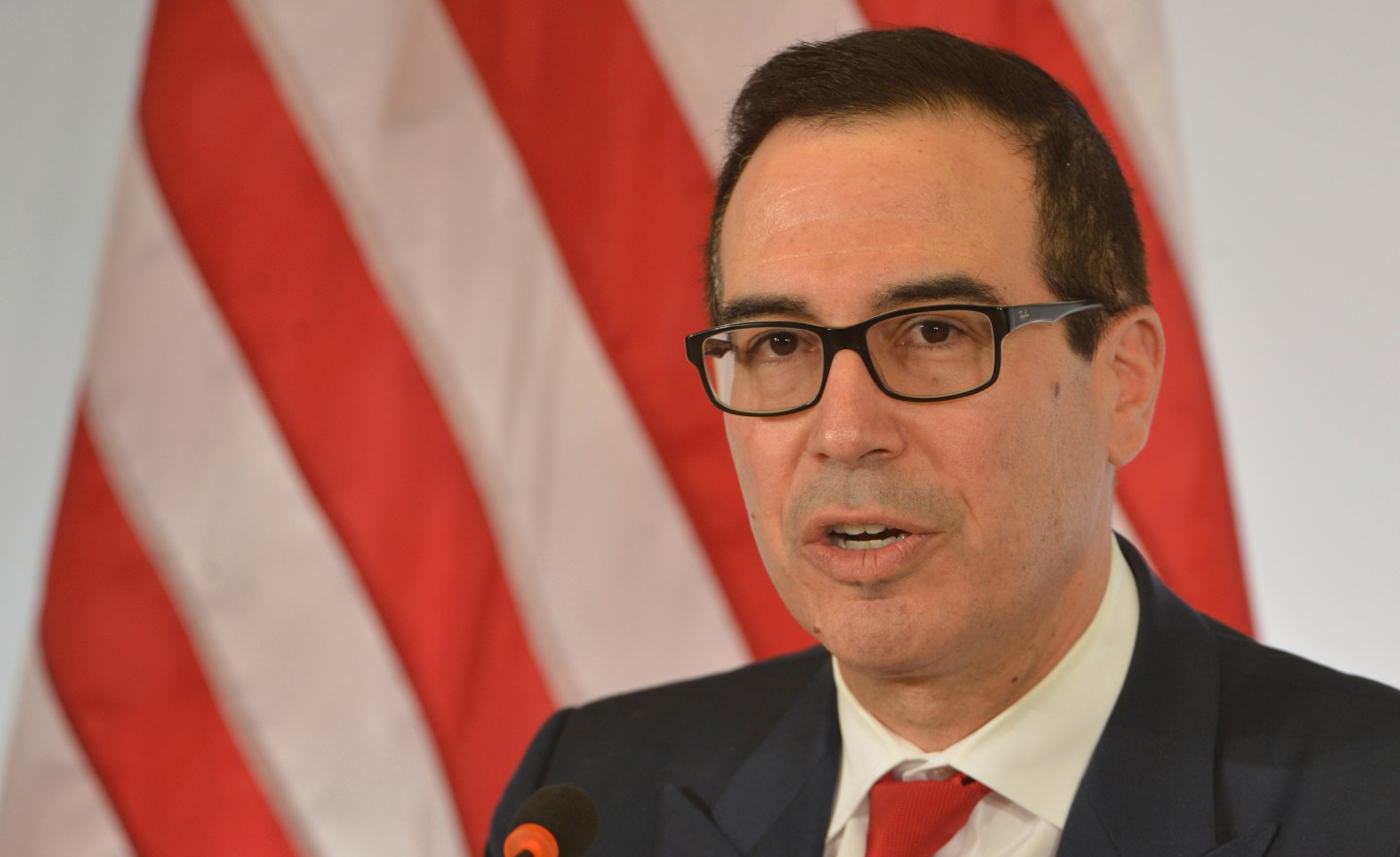 The US Minister of Finance Steven Mnuchin speaks at a press conference at the congress centre during the the G20 Finance ministers meeting in Baden-Baden, Germany, 18 March 2017. Photo by: Franziska Kraufmann/picture-alliance/dpa/AP Images
Franziska Kraufmann—Picture-Alliance/DPA/AP

It’s the other part of tax reform that politicians don’t always like to talk about: How can the U.S. make sure the American tax system at least collects on what it’s owed?

With tax day, when 2016 taxes are due, around the corner on Tuesday, April 18 this year, that problem is top of mind for U.S. government officials on both sides of the aisle.

The U.S. Internal Revenue Service has been a favorite Republican pincushion for most of the past decade; budget cuts have deprived the IRS of nearly $1 billion in funding since 2010.

So when Donald Trump’s new Treasury Secretary Steven Mnuchin jumped to the defense of the agency during his confirmation hearing in January, saying he was “particularly surprised” and “concerned” that “the IRS is under-resourced to perform its duties,” it was akin to crossing a picket line.

After years of workforce shrinkage, Mnuchin even suggested that the IRS should expand by hiring more employees: “Perhaps, the IRS just started with way too many people, but I am concerned about the staffing of the IRS,” he said. “That is an important part of fixing the tax gap,” he added, referring to the amount of unpaid taxes.

A former Goldman Sachs (GS) banker, Mnuchin assured Congress that it would be “a very quick conversation with Donald Trump” to convince him that “we add people, and we make money.”

That was a far cry from Republican Ted Cruz’s erstwhile presidential campaign plan to abolish the IRS entirely.

Mnuchin also laid out his hopes to make filing and paying taxes simpler and more pleasant, proposing online taxpayer services on par with the e-commerce industry’s, and better technology to keep taxpayers’ data safe from cyberattacks. Cyber security has been a major challenge for the IRS in recent years, with hackers attempting to break into the IRS more than a million times every day, sometimes successfully.

“There should be simple ways that the IRS can interact with the American taxpayers,” Mnuchin testified. “If you can get good service in the retail online business, there is no reason why we can’t use that same type of technology for taxpayers to communicate.”

No one had bothered, it seemed, to clue in the political outsider from Wall Street to just how politically fraught the battle over IRS funding really is. When the subject of IRS modernization came up at the hearing, Mnuchin sounded a bit naive: “I hope that’s at least a bipartisan issue that we can all agree on,” he ventured. “This is something I feel very strongly about.”

But Mnuchin’s vision may not get far, as that promised conversation with President Trump seems to be proving harder than he anticipated. The White House’s new budget calls for a 2% reduction in IRS funding. A Treasury spokesperson says the IRS will make up for the shortfall by using new technology and taking advantage of increases in electronic tax filing (e-filing) to whittle down processes that in the past likely relied more on humans.

And the new Treasury Secretary seems to have found a compromise he can live with, even if it doesn’t address all the ways he dreamed of making the IRS great again. Trump’s budget, Mnuchin said in a statement, “will ensure that we have the resources we need to enforce the nation’s tax laws,” while also prioritizing “initiatives that promote technology, efficiency and modernization.” Taxpayers may have to wait for Tax Day 2018 to find out how well Mnuchin is following through on that goal.