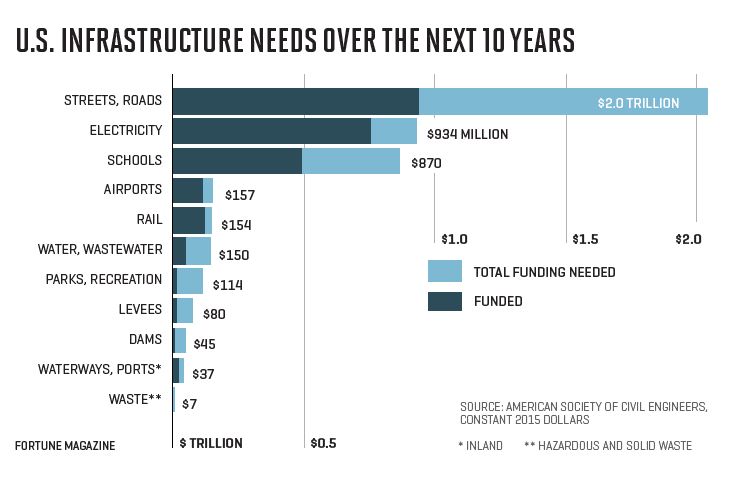 You’ve heard it before: America’s infrastructure is failing. Well, almost. The American Society of Civil Engineers this month reiterated its nearly failing grade for the country’s vital infrastructure: a D+.

The ASCE report comes out once every four years, and has become a familiar bearer of bad news. But the state of the country’s roads were the standout piece of bad news this year—the report found that $2 trillion would be needed over the next 10 years to get U.S. roads back in fighting shape.

And there’s more reason to do that than just a smoother drive. From the report:

Donald Trump’s plan to spend big on infrastructure may offer some much-needed relief. However, there are some are concerns over his plan to try to build infrastructure like toll roads that would pay for itself, rather than just putting up the money. What many experts are arguing for is far less sexy than revenue-generating mega-projects, but could save more money for taxpayers in the long-term: repairing the roads that already exist.