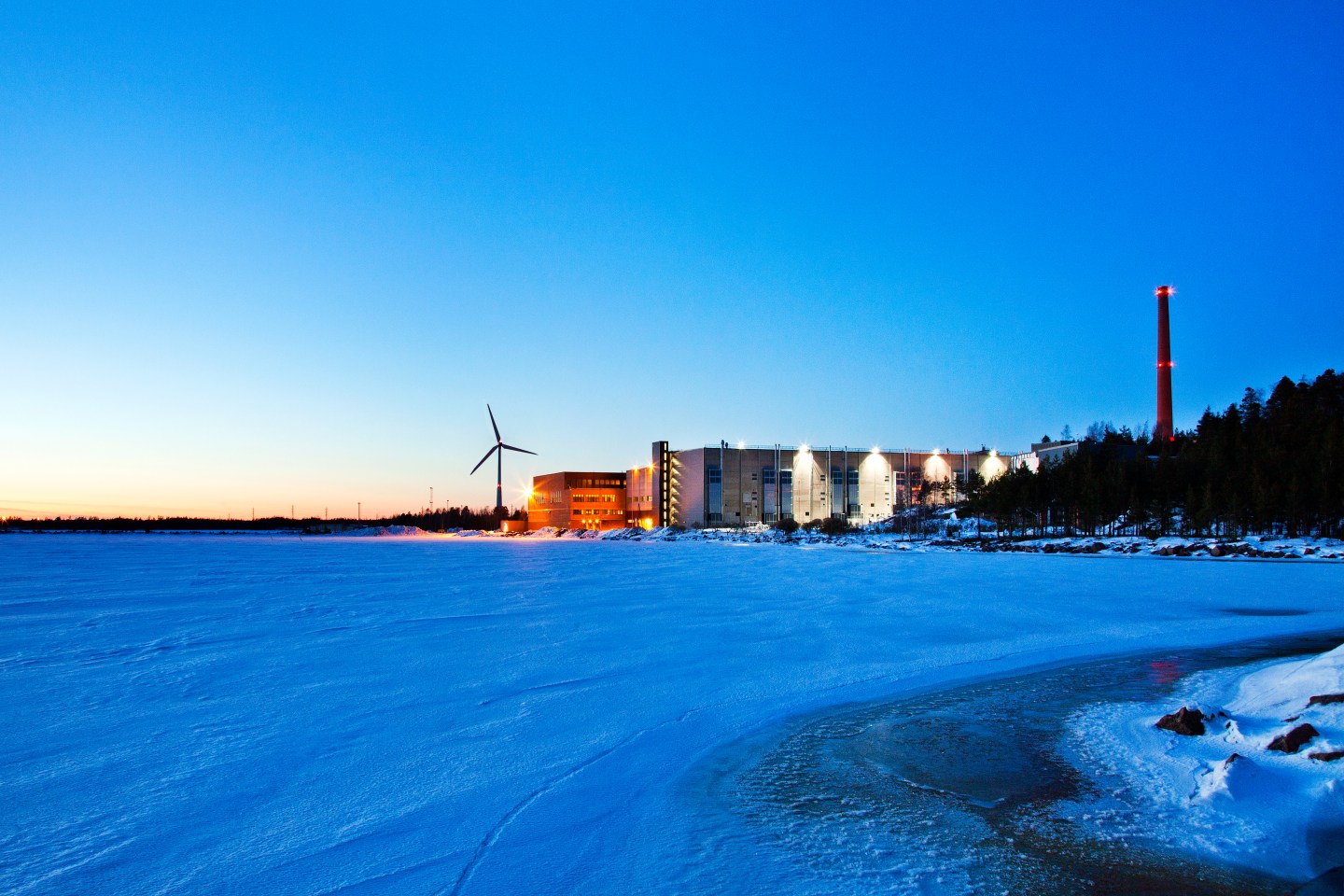 A lot goes on behind the scenes every time you “like” your friend’s baby photos or search for recipes. Thousands of powerful computers retrieve and update the information on your screen.

Although important, the windowless, football-field-size buildings that house those computers aren’t exactly exciting. But a number of companies have built data centers in unusual locations, giving them a touch of mystique.

In Sweden, for example, Facebook (FB) constructed a data center that uses chilly Arctic wind to prevent the computer servers inside from overheating. Meanwhile, Microsoft (MSFT) is researching how to build underwater data centers that would require less energy to cool.

Whatever the case, companies carefully consider where to open data centers, keeping in mind security, cost, and proximity to their users. Here are some of the most atypical data centers and a couple of out-there ideas for future facilities.

Ice fishing in the winter

Google’s data center in Hamina, Finland, was originally a paper mill built in the 1950s. Its location directly on the Gulf of Finland makes it easy to pump in ice-cold seawater to help cool the thousands of servers inside.

A data center with a view

The world’s tallest data center, all 32 stories of it, isn’t the prettiest tower on New York City’s skyline. So its owner, Sabey Data Center Properties, is giving the former Verizon Building a face-lift, including new glass walls to make it more attractive.

Startup Nautilus Data Technologies is trying to develop a floating data center on a barge that it believes would save companies money on their energy bills by providing easy access to seawater. It hopes to have a version of its experimental design operating at the Port of Stockton, in California, by early 2018.

One futuristic way to chill a data center with seawater is to build the facility in the ocean itself. In 2015, Microsoft came up with a prototype of a portable mini data center that it submerged 30 feet off the California coast for more than 100 days.

Facebook built a data center in Lulea, Sweden, just 70 miles from the Arctic Circle. The usually freezing air outside is used to help cool the massive facility.

A version of this article appears in the April 1, 2017 issue of Fortune with the headline "Data Centers Go Exotic."