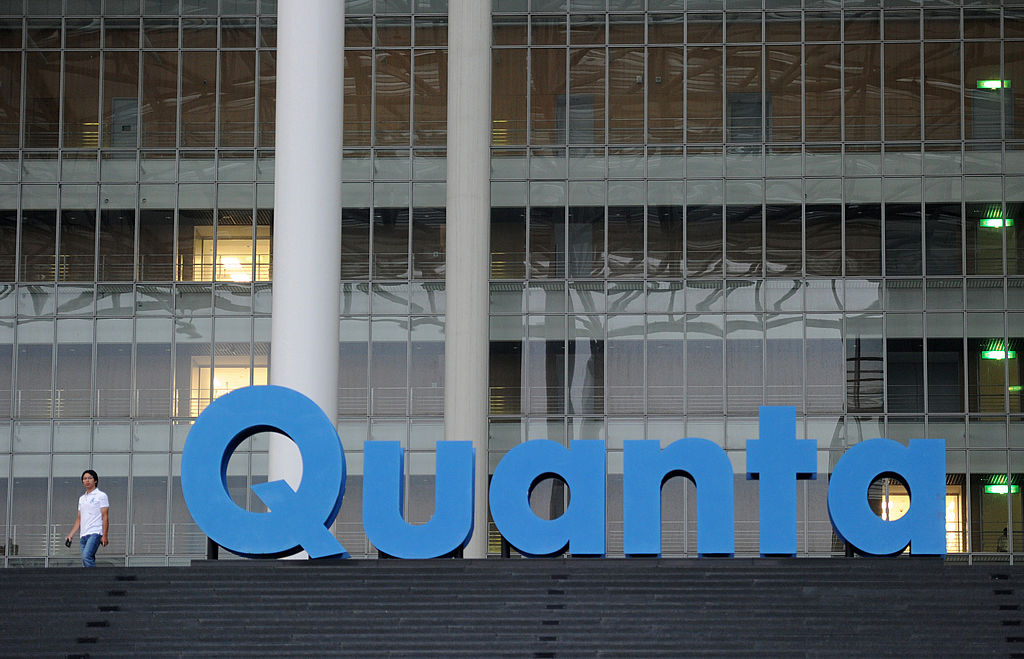 A man walks past a Quanta logo outside the company's factory in Taiwan's northern Taoyuan county, Sept.r 21, 2011.
Sam Yeh—AFP/Getty Images

Taiwan-based electronics manufacturer Quanta Computer (QUCCF) has acknowledged that its name was used as part of an email fraud scheme that bilked two U.S.-based internet companies out of more than $100 million.

He was arrested this month in Lithuania at the request of U.S. authorities and is currently in jail there.

Rimasauskas’ alleged scheme involved sending emails to employees of the two unnamed companies asking them to wire money that they actually owed to the Asian hardware vendor to the accounts of companies in Latvia and Cyprus that carried the name Quanta.

In order to conceal his fraud from banks that handled the transfers, Rimasaukas forged invoices, contracts and letters purportedly signed by executives of the two victim companies, according to prosecutors.

In a statement on Monday to Reuters, Quanta spokeswoman Carol Hu said the company had been “impersonated” as part of the fraud.

“Quanta did not suffer from any financial harm from this incident,” she added, calling the matter “unfortunate.”

Quanta, with a market capitalization of $8.4 billion, is a supplier of servers and other hardware to major technology companies. It is part of the Open Compute Project, an initiative launched by Facebook to share server design technology. In 2011 Amazon outsourced the assembly of its Kindle Fire tablet to Quanta.

It is not known who the two victims of the alleged $100 million fraud were. U.S. prosecutors referred to them in a statement as a “multinational technology company” and a “multinational online social media company.”

Representatives of Amazon and Facebook have had no comment on whether they were possible victims of the scheme.

Rimasauskas, through his lawyer, confirmed he was the owner of a Latvian company with the same name as Quanta from 2013 to 2016, the time frame in which the fraud occurred, according to the indictment.

“Rimasauskas did buy the Latvian company, because he was going to develop a business,” the lawyer, Linas Kuprusevicius, told Reuters in an email.

Rimasauskas strongly contests the charges presented by U.S. authorities, the lawyer said. He has a construction engineering degree and was working at a construction business in Lithuania prior to his arrest, he said.

The U.S. Federal Bureau of Investigation said last year that U.S. and foreign victims had made 22,143 complaints since October 2013 about so-called business email compromise scams involving requests for more than $3 billion in transfers.

A U.S. extradition request for Rimasauskas is expected by late May, Lithuanian prosecutors told Reuters.

He is charged with wire fraud and money laundering, which each carry a maximum prison sentence of 20 years, and identity theft, which carries a mandatory minimum sentence of two years.