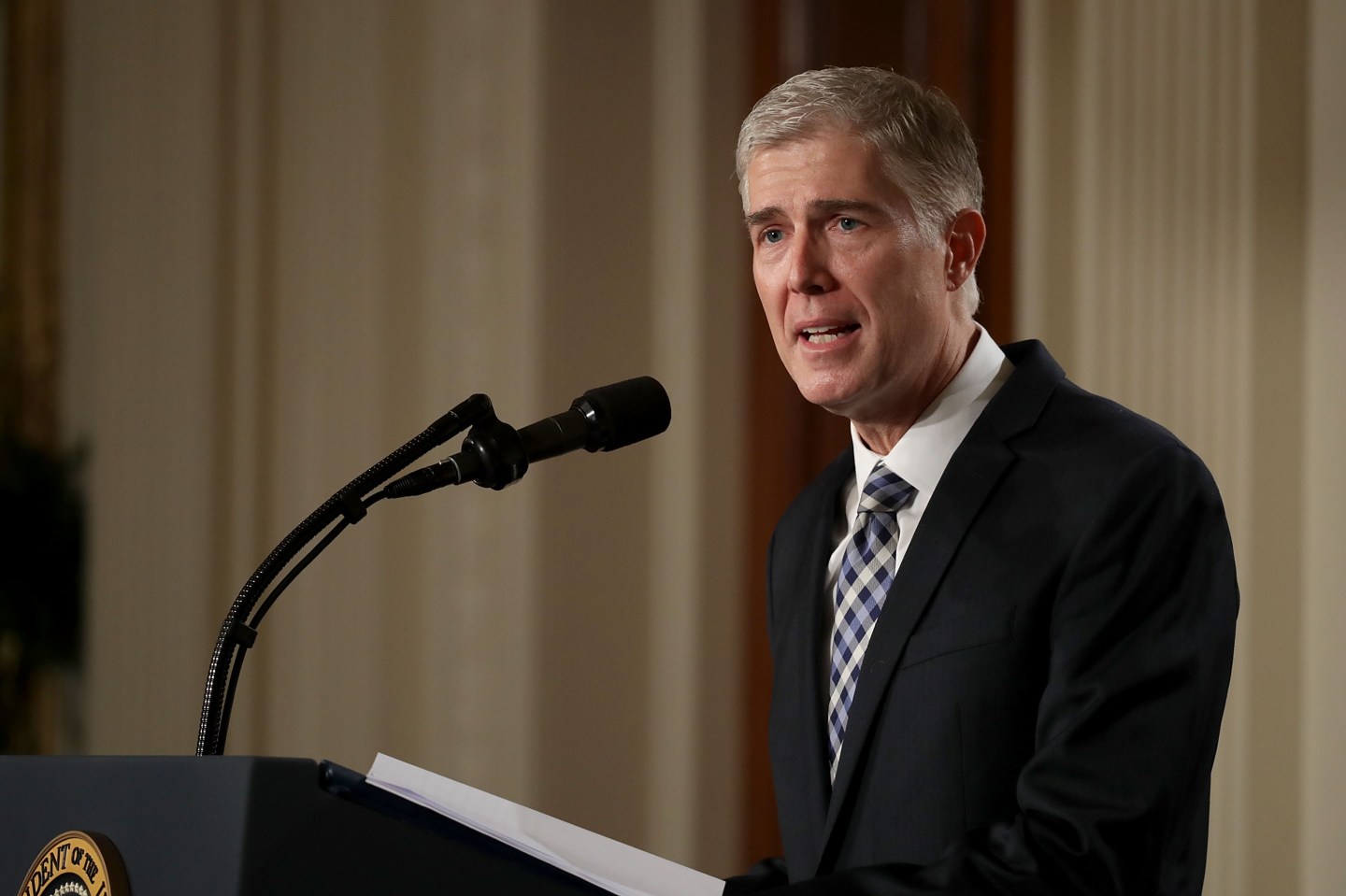 WASHINGTON, DC - JANUARY 31: Judge Neil Gorsuch delivers brief remarks after being nominated by U.S. President Donald Trump to the Supreme Court during a ceremony in the East Room of the White House January 31, 2017 in Washington, DC. If confirmed, Gorsuch would fill the seat left vacant with the death of Associate Justice Antonin Scalia in February 2016. (Photo by Chip Somodevilla/Getty Images)
Photograph by Chip Somodevilla—Getty Images

Gorsuch delivered his opening statement on Monday amid Republican praise and some opposition from Democrats, who remain bitter that former President Obama’s pick for the Supreme Court, Merrick Garland, was not confirmed by Senate Republicans last year.

On Tuesday, Gorsuch faced questioning from the Senate Judiciary Committee on his views and cases that he had ruled on.

The hearings have so far been restrained and even occasionally light-hearted in tone.

If Gorsuch is confirmed, he will replace the late Antonin Scalia and give the conservative wing a 5-4 majority in the court.

The hearing is expected to started at 9:30 a.m. E.T. You can watch it live above.