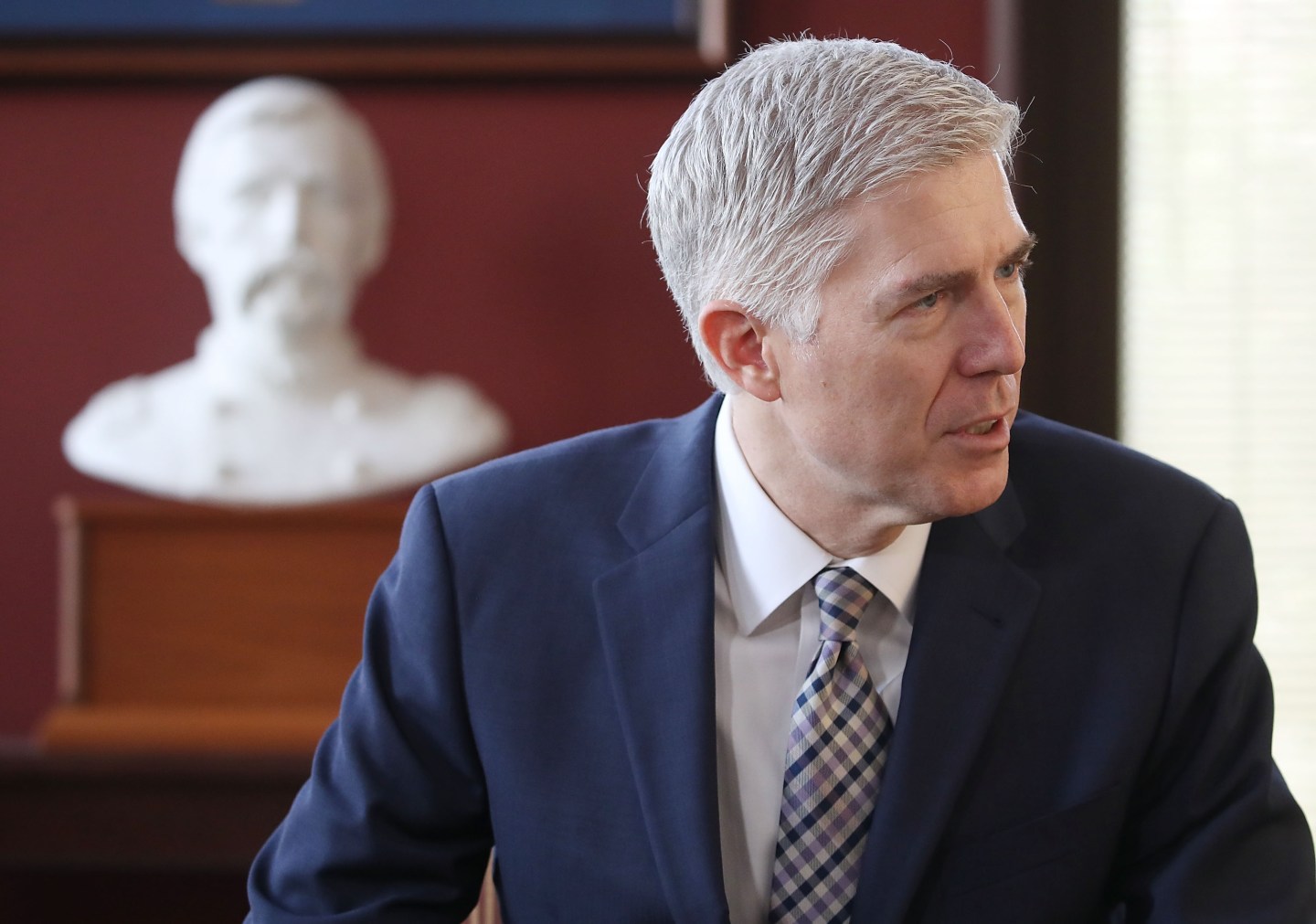 Gorsuch delivered his opening statement on Monday amid Republican praise and some opposition from Democrats, who remain bitter that former President Obama’s pick for the Supreme Court, Merrick Garland, was not even considered by Senate Republicans last year. While they will surely subject Gorsuch to tough questioning on Tuesday, Democrats are unlikely to succeed in blocking his nomination.

Gorsuch, if confirmed, will replace the late Antonin Scalia on the court, presumably giving the court’s conservative wing a 5-4 majority after it has had only eight members since his death.