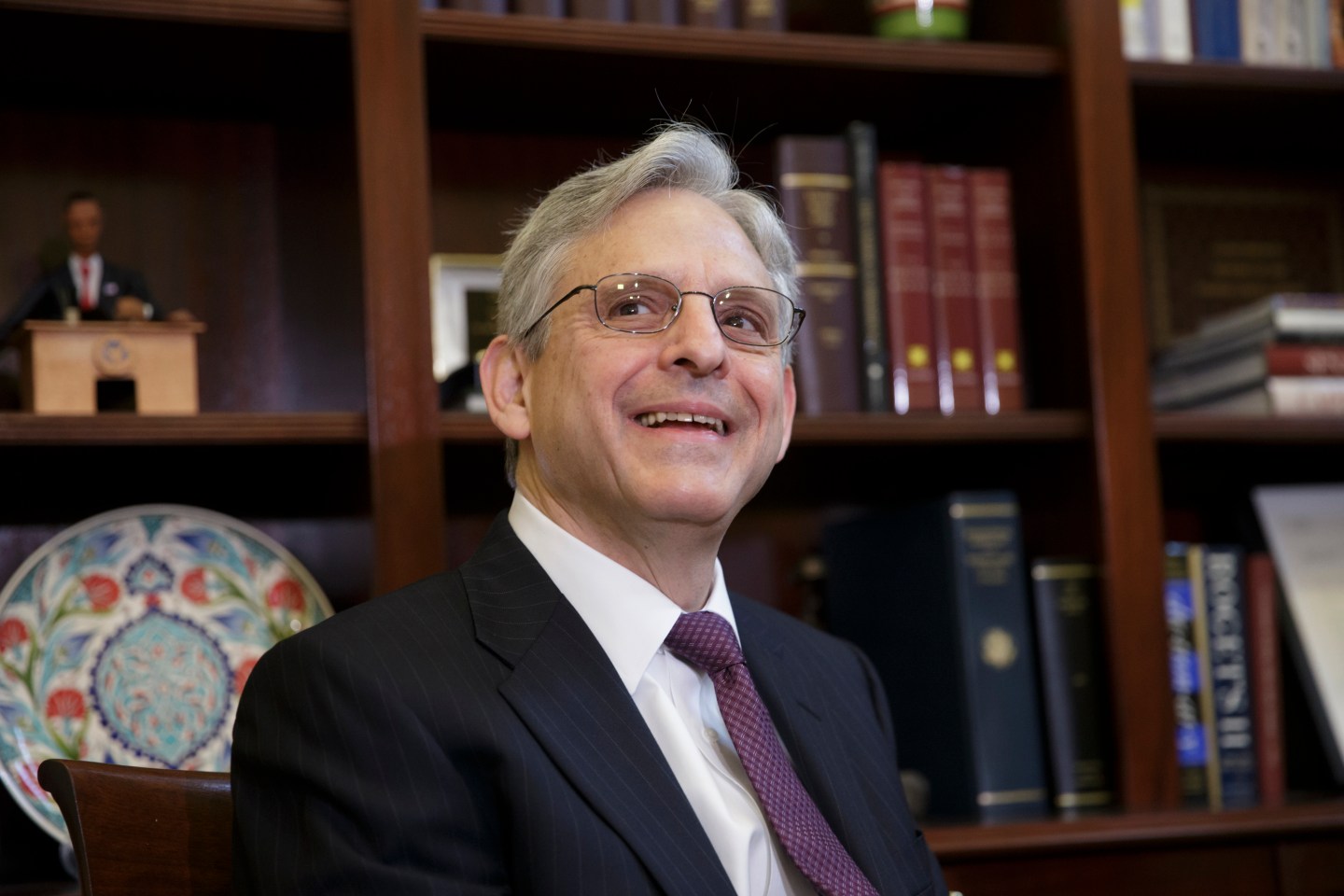 FILE - In this April 14, 2016, file photo, Judge Merrick Garland, President Barack Obama's choice to replace the late Justice Antonin Scalia on the Supreme Court, is seen on Capitol Hill in Washington. Garland will soon put on his black judicial robe for the first time in months. The bad news for President Barack Obama’s nominee to the U.S. Supreme Court is that he’s going back to hearing cases at his old job, not the high court. (AP Photo/J. Scott Applewhite, File)
Photograph by J. Scott Applewhite—AP

Judge Merrick Garland will soon put on his black judicial robe for the first time in months. The bad news for President Barack Obama’s nominee to the Supreme Court is that Garland’s going back to hearing cases at his old job, not the high court.

Garland now joins a small group of people nominated but not confirmed to the Supreme Court, and there’s no script for how to act as an unsuccessful nominee.

As the chief judge of the U.S. Court of Appeals for the District of Columbia Circuit, Garland stopped hearing cases after being nominated by Obama in March to fill the seat of Justice Antonin Scalia, who died in February. Garland’s chances of getting confirmed evaporated with Donald Trump’s election as president, and the judge is expected to return to the bench at the federal courthouse on Washington’s Constitution Avenue. It’s a building that Trump’s presidential limousine will pass during the inauguration parade in January.

Lawrence Baum, a professor emeritus at Ohio State who has studied the court, said Garland probably knew his confirmation would be difficult. The same day Scalia was found dead at a Texas ranch, Senate Majority Leader Mitch McConnell, R-Ky., said the next president should select Scalia’s successor.

Garland “had to know the odds were very much against him,” said Baum, who points out that a nominee’s chances of being confirmed in the last year of a president’s term are about 50-50.

Before Garland, the last unsuccessful Supreme Court nomination was Harriet Miers, nominated by President George W. Bush to fill the seat of retiring Justice Sandra Day O’Connor in 2005. Miers, who had never been a judge, ultimately withdrew as a nominee after questions from Republicans about the strength of her conservative beliefs. Now 71, she’s a lawyer in private practice.

Before Miers, the two previous unsuccessful nominees to the court were, like Garland, judges on the appeals court in the nation’s capital. Judge Robert H. Bork was nominated by President Ronald Reagan to fill the seat of retiring Justice Lewis Powell in 1987. When liberal groups mobilized against Bork and senators voted down his nomination, he resigned his judgeship.

His son, Robert H. Bork Jr., said his father has been described as bitter about the process but that a better description is “disappointed.” While Garland’s nomination “never got to first base,” his father’s hearing was an ambush and a massacre, the younger Bork said.

Defeat did have an upside, the son said. It gave his father a platform to talk about his ideas, and he wrote several books before his death in 2012.

“He would have preferred it turn out differently,” Robert H. Bork Jr. said of his father’s nomination to the seat ultimately filled by Justice Anthony Kennedy. “But did give him the ability, the entree, to attract audiences to hear his views about constitutional law.”

Reagan’s second attempt at a nomination, Douglas H. Ginsburg, didn’t work out either. Ginsburg withdrew after about a week following ethical questions and the revelation that he had smoked marijuana. He never left his job as a judge, becoming chief of the circuit from 2001 to 2008. He went into semi-retirement in 2011 but still hears cases, his last in early November.

Retirement came sooner for one of President Richard Nixon’s two unsuccessful nominations to the high court, G. Harrold Carswell. Carswell resigned as an appellate judge after his confirmation failed. After running unsuccessfully for a Senate seat he heard cases as a bankruptcy judge and had a small law practice in Florida, but largely had a calm life and retirement, said his son, Scott Carswell of Tallahassee, Florida. He gardened, read, enjoyed time with family and was “a fabulous bridge player.” He was honored to have been nominated to the court, his son said.

“You have to feel you’re fortunate if you get picked for something like that,” Scott Carswell said.

Officially, the White House is still backing Garland’s confirmation to the court. But confirmation is now unimaginable, said Erwin Chemerinsky, dean of the University of California-Irvine School of Law. Garland’s nomination will simply expire without action when Congress recesses, he said.

It is unclear when Garland will begin hearing cases again, but when he does, there will be some reminders of his nomination. The courtroom his court uses is filled with paintings of former circuit court judges. On one wall is Bork. On another, Supreme Court Justice Ruth Bader Ginsburg.