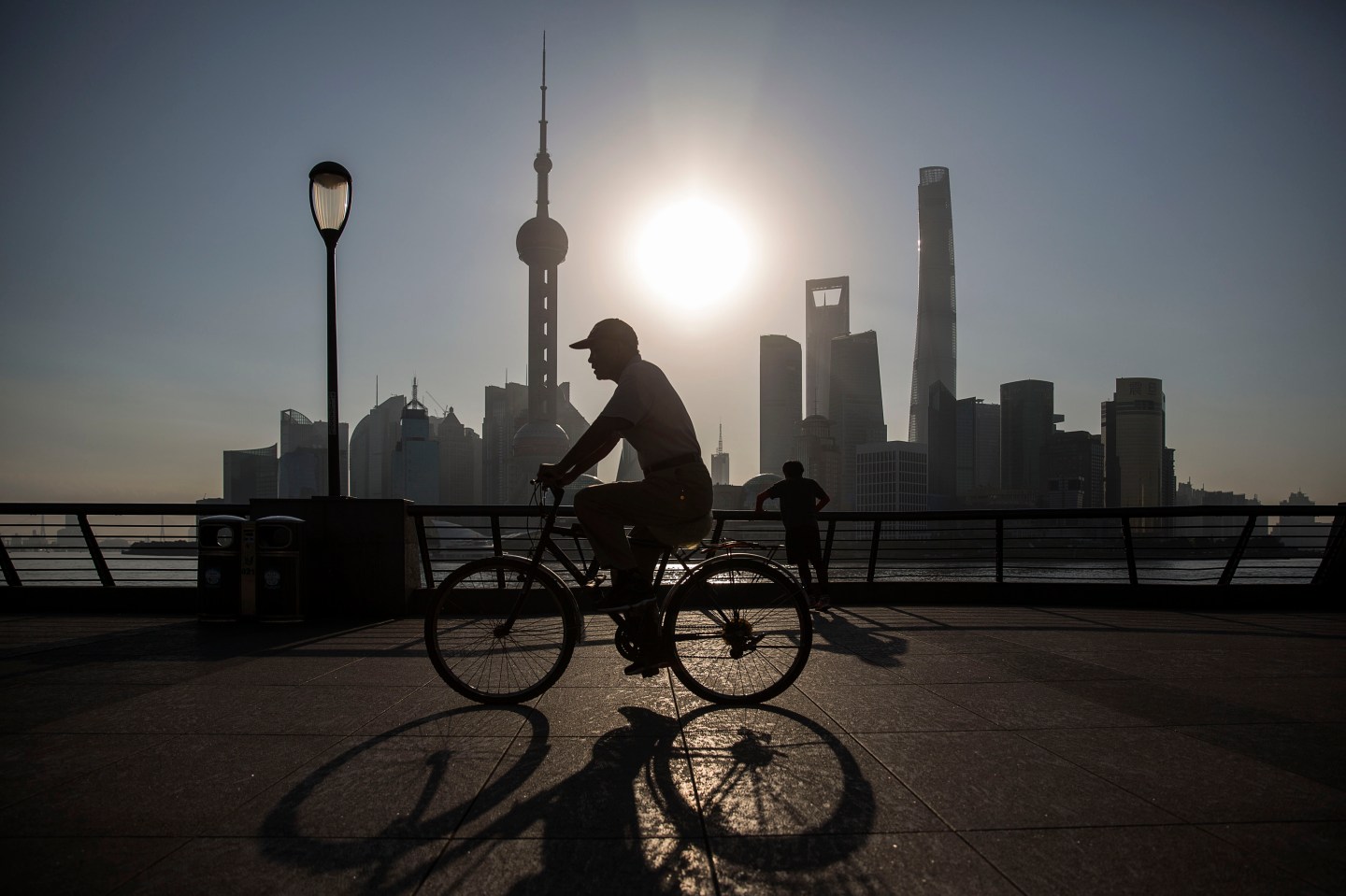 A man rides a bicycle along the Bund while buildings of Pudong's Lujiazui financial district stand across the Huangpu River as the sun rises in Shanghai, China, on Friday, Oct. 2, 2015. China's consumer inflation moderated and factory gate deflation extended a record stretch of declines, signaling the People's Bank of China still has room to ease monetary policy further to support a slowing economy. Photographer: Qilai Shen/Bloomberg via Getty Images
Qilai Shen/Bloomberg via Getty Images

China this year may publish rules on outbound investment by Chinese firms that would spell out the sectors in which investing is encouraged and those where it is restricted, state media reported on Tuesday.

In recent months, Chinese regulators have clamped down on outbound deals as part of efforts to stem rising capital outflows that have contributed to a weakening yuan.

Chinese Commerce Minister Zhong Shan said on March 11 that a small number of Chinese companies had invested overseas “blindly and irrationally” in investments China does not encourage.

The state foreign exchange regulator has said the government will more closely monitor “irrational” investment in property, entertainment, sports, and other sectors.

The report on Tuesday in the state-run Economic Information Daily said that the Ministry of Commerce and the National Development and Reform Commission were leading the formulation of rules.

“Overseas investments that produce social and economic benefits, that are in line with the country’s ‘One Belt One Road’ and global industrial capacity cooperation strategies will be encouraged,” the article quoted an unidentified person in industry as saying.

The person was also quoted as saying “‘blind’ and irrational investments will not be encouraged and supervision will be increased. Investments that violate laws in the target country or in China and other harmful behavior will be forbidden and punished.”