What You Should Never Do During an Office Feud 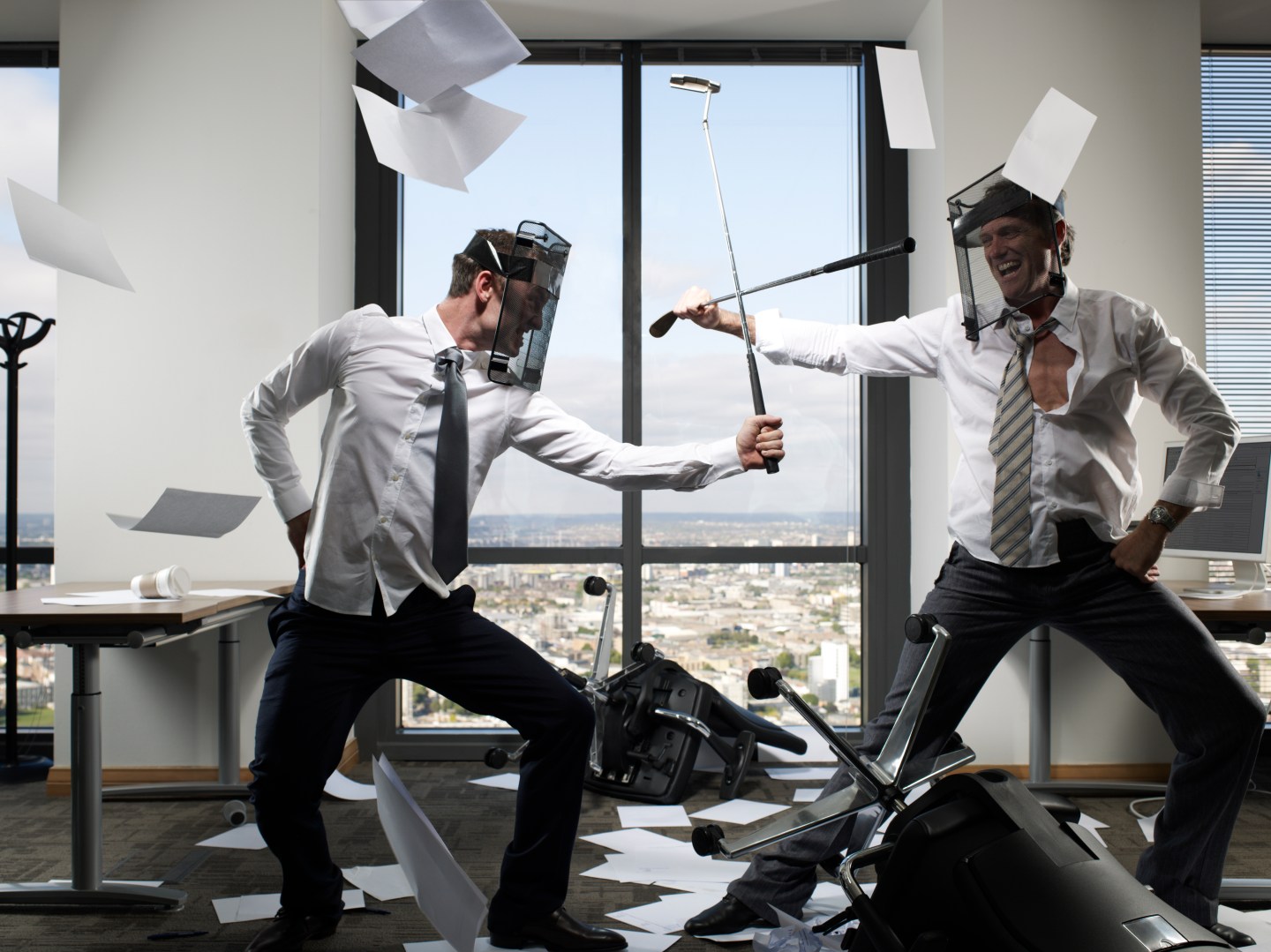 The Leadership Insiders network is an online community where the most thoughtful and influential people in business contribute answers to timely questions about careers and leadership. Today’s answer to the question, “How do you resolve an office feud?” is written by David Sturt, executive vice president at O.C. Tanner.

You know you’re looking at an office feud when people get upset, take sides, and then start drawing like-minded advocates into the fray. Such feuds are difficult to navigate, but can be worked through with the right approach and some help from your colleagues. As a senior executive for more than 14 years, I’ve seen a few office feuds, and learned some things about how to de-escalate the tensions, get to the core issues, and help people get back to work.

We recently had a situation over an issue I found surprising: office space. We are in the process of remodeling our workspaces and converting from a traditional cubicle layout to a more open-office environment. As we started discussions, people began speaking up for and against our planned office transformation. There was a group of people who loved the idea of a more collaborative setting, while others felt they needed the privacy and quiet of their own thinking space. Some of the latter group, many of whom have worked at the company for many years, questioned their future with the company over the issue.

As this situation began to unfold, I learned that people are passionate about their workspace—and rightly so. According to 2015 data from Gallup, American adults employed full-time work an average of 47 hours a week. Because workers spend a large quantity of their waking hours at work, their workspace is an extension of their living environment. At our company, we want all of our team members—of all personality types and working preferences—to feel comfortable and engaged in their work each day.

After a bumpy start, here are three things I learned that helped ease the situation and open the way to resolve the feud:

Don’t keep anyone in the dark

Our situation started with rumblings and rumors, background chatter and underground conversations throughout the office that eventually escalated into full-fledged campaigns. People were upset because they didn’t know if the office change was real, as they hadn’t yet heard of it through “official” channels, and they wanted the chance to give their feedback about it. Employees want to be communicated to and they want the opportunity to communicate back. They want to feel like they are part of a change, or resistance will form. Feuds often arise out of employees creating a critical mass to garner the attention of the leadership team.

Transparency eliminates the unfortunate situation of employees hearing half-truths through the grapevine, and putting their own opinion stamps on them. Once we delivered official leadership communication on the open-office plans, we held a town hall meeting to give everyone an opportunity to express concerns or excitement regarding the office change. We found this 360-degree communication to be extremely beneficial in showing team members that we are listening, we understand the issues, value the team’s perspectives, and take them into account in final decision making.

Just because team members have had the opportunity to share their opinions doesn’t mean that they will be the deciding factor in a company-wide transition. A large part of managing a feud is managing expectations, and making sure one feuding side doesn’t feel like it triumphed over the other just because they advocated for the angle that was eventually selected. It’s vital to ensure employees that their opinion was forwarded all the way to the executive leadership team, without guaranteeing them that they will get their way.

A feud is an opportune moment to lead by example. As a leader, you can attentively listen to both arguments and encourage both sides to do the same. In attempting to get more people to be comfortable with the workspace change, I decided I would move into the open space too and give up the office I’ve had for years. Often being a leader means being willing to adopt the changes we’re asking our team members to accept.

Company executives rarely have backgrounds in conflict resolution or workplace counseling, but we need to be prepared to successfully avert and manage office feuds. It’s perfectly normal for coworkers to disagree on important issues and to want clear communication from their leadership—what matters is how leaders react to these situations.